The Ukrainian auto industry has summed up the production results for June 2021. 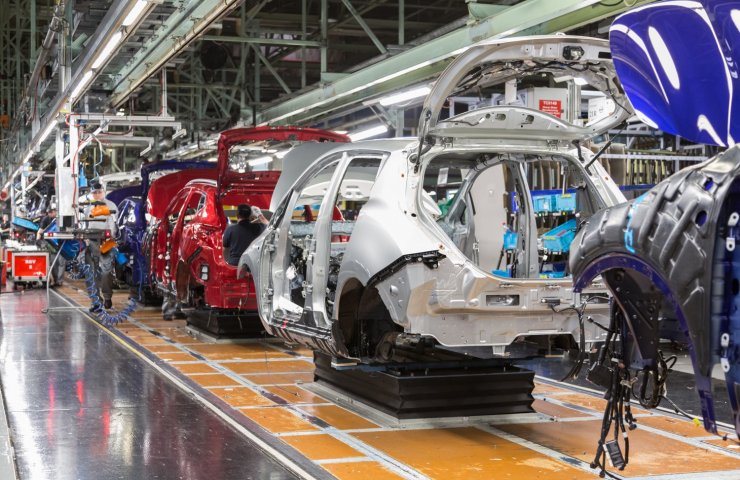 According to preliminary data of the Ukravtoprom association, in June 2021, the production of vehicles in Ukraine increased by 122% year-on-year and amounted to 745 units. At the same time, compared to the previous month, the volume of production fell by more than a quarter.

The production of passenger cars on an annualized basis increased by almost two and a half times, and compared with May 2021 decreased by 26.7% and amounted to 692 units.

Recall that a year earlier statistics in this segment of the Ukrainian car industry was formed by only one plant - "Eurocar". Zaporozhye Automobile Plant (ZAZ) resumed production of passenger cars only in September 2020.

51 buses were manufactured within a month. This is one bus more than in June last year and 2 units less than in May 2021.

Финансовая аналитика, прогнозы цен на сталь, железную руду, уголь и другие сырьевые товары. More news and analytics on Metallurgprom telegram channel - subscribe to get up-to-date market information and price forecasts faster than others.
Сomments
Add a comment
Сomments (0)
On this topic
Industrial production of Donetsk region increased in the first half of 2021 by 7.5%
In may, Ukraine produced a total of 126 new cars
Ukrainian auto industry began to gain momentum
Automotive production in Ukraine began the year with a fall of 29%
Steel production in September 2020
Ukrainian car industry started the year with the fall
Recommended:
Ukraine may resume coal exports to Poland
Employees of Ukrzaliznytsia mined crypto on service equipment
US chip makers caught in crossfire of sanctions
News Analytics
The production of passenger cars in Russia decreased by 2.8 times in eight29-09-2022, 11:19
Donetsk and Torez electrotechnical plants will start producing electrical29-09-2022, 11:37
Ukrainian coking plants reduced gross coke production by 55.2%29-09-2022, 11:28
China ramps up investment in transport to bolster economy29-09-2022, 11:33
The heads of mining companies named the main risks for business29-09-2022, 10:03
China production cuts in winter will give limited boost to steel markets -15-09-2022, 10:09
Steel prices may rise as manufacturers stop production11-09-2022, 14:06
IREPAS: The global long products market is in a "dramatic situation"10-09-2022, 20:49
Steel prices are unlikely to rise significantly in the near future - analysts02-09-2022, 22:58
Steel prices may move up on new data from China31-08-2022, 12:19
Sign in with: