After the August recession, the volume of auto production in Ukraine began to grow. 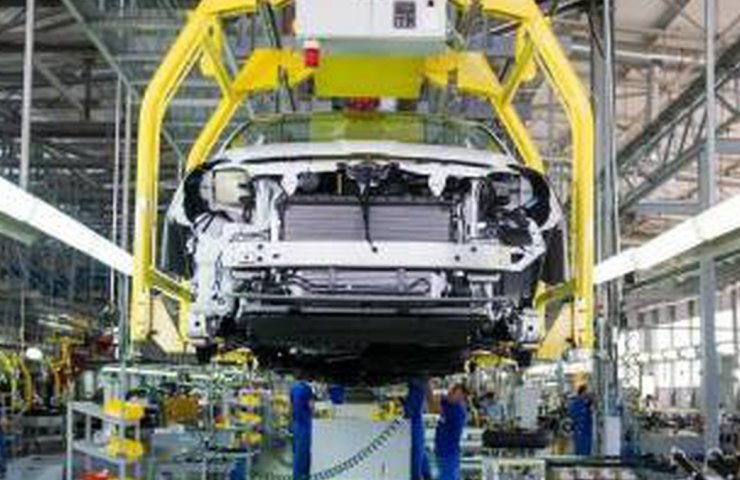 According to preliminary data from Ukravtoprom, in September 861 units were collected at Ukrainian factories. vehicles. This is the highest figure in nine months since the beginning of the year. But despite this, the production of vehicles in the country lagged behind by more than 18 percent from the result of a year ago. In September, as already reported, the Zaporozhye Automobile Plant resumed production of passenger cars. Within a month, ZAZ produced 248 vehicles. 536 cars were assembled at Eurocar. As a result, the September total for the passenger division of the Ukrainian car industry was 784 cars, which is 18.3% less than last year. The production of commercial vehicles (excluding AvtoKrAZ, which has ceased to disclose information about its production since August 2016) amounted to 4 units. (all manufactured at the Cherkassky bus plant) - this is 3 cars more than in September 2019.

Bus production dropped by 21%. Within a month, 73 buses were made at five enterprises. More than others, as in the previous year, manufactured buses "Cherkassky bus" - 32 pcs. Chernihiv Automobile Plant ended the month with an indicator of 20 units. Bogdan reported on the production of 11 buses. ZAZ produced 6 pcs. and 4 buses were assembled by the Chasovoyar plant. In total, 3104 units have been produced in Ukraine since the beginning of 2020. vehicles, down 41% over the first nine months of last year. Passenger cars - 2605 pcs. (-43%); Commercial - 32 (-61%); Buses - 467 (-25%).

Recommended:
Production of vehicles in Ukraine in June decreased by a quarter - Ukravtoprom
The profitability of purchases of scrap metal in Ukraine has decreased, but is still higher than the norm - UAVtormet
Dnipro Metallurgical Combine to be auctioned off on June 26 via internet auction
On this topic
In may, Ukraine produced a total of 126 new cars
In March the Ukrainian automotive industry produced 288 units of vehicles
Ukrainian car industry started the year with the fall
Ukrautoprom called the TOP 10 brands lehovich cars on the Ukrainian market in 2019
Ukraine reduced production of cars by 40% per month
Ukraine is losing the pace of car production
Partner news
Сomments
Add a comment
Сomments (0)
News Analytics
Azerbaijan's SOCAR plans to invest in the extraction of battery metals in26-07-2021, 22:00
The first domestic industrial energy storage system was developed and launched26-07-2021, 22:11
The profitability of purchases of scrap metal in Ukraine has decreased, but is26-07-2021, 17:27
Metinvest is ready to pay more than 9 billion hryvnia for the Dnieper steel26-07-2021, 13:01
Cherkassk Azot by Dmitry Firtash completed the modernization of the ammonia26-07-2021, 13:45
On the regional markets of metallurgical products, prices are balancing in a22-07-2021, 16:22
Demand for armaments will ensure a stable growth of armored steel sales by 4%20-07-2021, 10:10
Protectionist Measures Support European Steel Prices Despite Summer Lull19-07-2021, 11:02
Positive price growth is observed in the markets for metallurgical products16-07-2021, 14:12
European steel market is in confusion: price growth has slowed down, but no one21-06-2021, 17:40