Metallurgical enterprises of Donetsk region in January – may 2020 provided over 40% of industrial production of the region and 79% of foreign exchange earnings from exports. 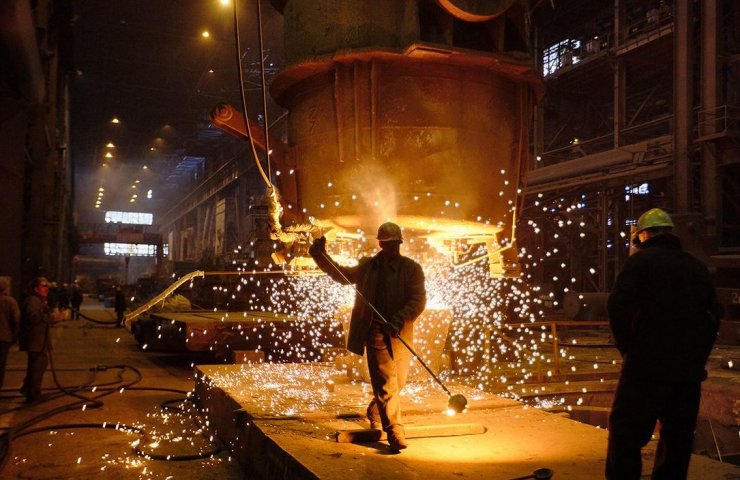 the State of the industry and the entire economy of Donetsk region partly depends on the metallurgical complex. Enterprises of metallurgical production and production of finished metal products in January–may 2020 sold products 40.0 billion, which is 40.6% of the total volume of industrial production in the region and 28.6% of sales and metallurgical complex of Ukraine (excluding the temporarily occupied territory of the Autonomous Republic of Crimea, Sevastopol and temporarily occupied part of the territories in the Donetsk and Lugansk regions). From exports of ferrous metals in January–may 2020 received $ 1.2 billion million, or 79.0 percent of foreign exchange earnings from export of all goods enterprises of the region and 37.7% of foreign exchange earnings from exports of ferrous metals in Ukraine.

Export orientation is a factor of economic growth and at the same time is dependent on fluctuations in external markets. In early 2019 appeared negative trend of falling export prices of ferrous metals, and for the whole year they fell in the Donetsk region compared to 2018 is 12.4%, which was a shortfall of 491,9 million dollars of foreign exchange earnings. This year, the situation has worsened due to the falling demand in a pandemic coronavirus infection. Export supplies of ferrous metal enterprises of the region decreased in January–may 2020 compared with the same period of 2019 to 330,1 million, or by 21.0%. The weighted average price per ton of exported metal decreased by 12.1%, resulting in foreign exchange earnings decreased by 170,8 million dollars. Losses due to reduction of physical volume of export made 159,3 million dollars.

Total volume of production in metallurgical production and production of finished metal products in January–may 2020 in comparison with January–may of the previous year decreased by 6.6% (as at the end of the first quarter, growth was 6.0%). This was due to the downturn in April and may compared with the same months of 2019 respectively 26.7% and 20.4%. However, the company used this period for planned maintenance and major repairs of metallurgical units, which allows for the recovery of the metal demand to return to the previous volume of production, but to increase them.

In January–may 2020 at the enterprises of metallurgical production and production of finished metal products in the region was occupied by 30.7 thousand people, or every fifth worker of the industry. Their average monthly wage amounted to 17 032 hryvnias, which is 14.7% more than in January–may 2019. In may 2020, the level of payment of labour of metallurgists has grown in comparison with the same month in 2019 by 11.2% and amounted to UAH 17 924.

help. On the third Sunday of July (in 2020 – 19 July) to celebrate in Ukraine established by the decree of the President No. 187/93, dated 3 June 1993, the professional holiday – Day of workers of metallurgical and mining industry.

Recommended:
Poland becomes the largest supplier of electric buses in the European Union
The Ministry of Energy of Ukraine discusses with the Czech Republic the idea of ​​producing small modular nuclear reactors
Ministry of Commerce: China intends to strengthen trade and economic ties with the United States
On this topic
In Donbasenergo warned of a possible disconnection of water across Donetsk region
Foreign exchange earnings from steel exports from the Donetsk region decreased by 12%
Investments in the metallurgical industry of the Donbass increased 1.8 times
Metallurgical production in Donetsk region in October fell by 13.5%
The fall in steel prices has reduced the foreign currency proceeds to the budget of Ukraine
Mechanical engineering remains the locomotive of industrial production growth in the Donetsk region
Add a comment
Сomments (0)
News Analytics
Metinvest will gain control over the largest producer of coking coal in Ukraine04-03-2021, 19:26
Ukrainian business sees great opportunities in expanding China's openness -04-03-2021, 19:08
The fall in the price of nickel by more than 8% was the sharpest in 4 years04-03-2021, 18:25
At the Yaroslavsky metallurgical plant in the Dnieper began to pay for new04-03-2021, 14:39
Novokramatorsk Machine Building Plant strengthens its position in the national04-03-2021, 14:44
Spread between raw materials and high strength alloy steel in Europe increased01-03-2021, 20:21
Increase in prices is forecasted in the markets of steel raw materials -26-02-2021, 09:25
Troy ounce of gold will drop $ 500 in two years - Fitch25-02-2021, 18:29
Global iron ore production growth to outstrip cumulative production in India23-02-2021, 10:22
Fitch Ratings Warns of “Shocking Impact” on Fossil Fuel Exporters18-02-2021, 14:44
Sign in with: