The European Parliament: hydropower plays a major role in the Energy strategy of the European Union

Recommendations were also published as part of a Taxonomy of the EU in the form of clarification and justification of criteria of suitability for investment projects. it is Important that they are consistent with the sustainable development 2050 the EU. 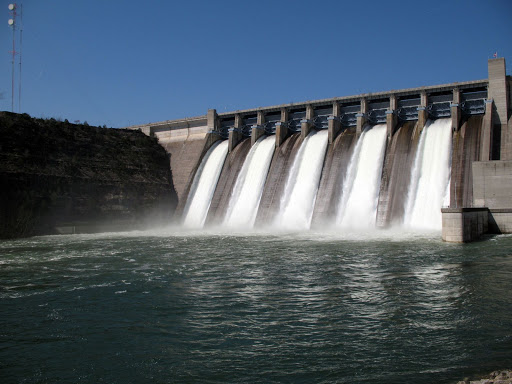 members of the European Parliament supported the report on the energy strategy, in which hydropower is defined "crucial role in energy storage". In particular, the MPs believe that the EU governments should make efforts to increase the capacity of pumped storage power plants.

In his report, the MEP Claudia Gamon urged member countries of the EU to study the potential for energy storage, including the potential of pumped storage power stations, and to make some important decisions for balancing the energy market. So, the Deputy considers it necessary to develop a strategy for energy storage in accordance with the purposes of renewable energy. At the same time, the report notes that European Union countries do not fully use the possibilities of the net shunting of hydropower, which is well-proven and effective way of storing energy. In General, hydropower has great potential and a number of environmental benefits and can stabilize and increase existing generating capacity.

As the Executive Director of the International hydropower Association (IHA) Eddie Case, the European Parliament recognized the need of development of systems of accumulation of electricity and the need to promote hydropower development, in particular the construction of pumped storage power plants.

According to the report, IHA 2020 on the status of hydro energy, European region, including countries that are not members of the EU such as the UK and Turkey has a total installed hydropower capacity of 55 GW. At the same time in 2019 across the region was added only 4 MW of additional power. So, the list of cross-border projects of "General interest" the European Commission proposed to include 12 projects pumped storage power plants.

in addition, recently the EU Commission started a research and innovative initiative dedicated to hydropower potential, which, in particular, include Hydropower Europe, XFLEX HYDRO and Hydroflex.

Recall, Ukrhydroenergo has a number of projects currently in the stage of design and survey works, including the construction of Kanevskoy PSP and the third phase of the Dniester PSP, which is due to its overall power will be the first in Europe and sixth in the world. Now for the implementation of these projects, the company conducts a search of funding sources. Already signed a number of MOUs with foreign companies, but the involvement of concessional Finance for these projects is possible only under condition of granting of the state guarantees.

At the same time on July 13 this year the Verkhovna Rada has not supported the amendments to the state budget by 2020, which proposed to expand the areas of provision of state guarantees by the decision of the Cabinet. The amendments would continue the work on attraction of Ukrhydroenergo foreign investments for implementation of investment projects.

it Should be emphasized that due to the development of "green energy" Ukraine suffers from a lack of maneuvering capacities. The very construction of these PSPs will provide stable work of the unified energy system of the country.

Финансовая аналитика, прогнозы цен на сталь, железную руду, уголь и другие сырьевые товары. More news and analytics on Metallurgprom telegram channel - subscribe to get up-to-date market information and price forecasts faster than others.
Сomments
Add a comment
Сomments (0)
On this topic
How the reform of the electricity market in Ukraine can lead to a collapse and what to do about it
Yuzhmash told whether it is possible to launch reusable rockets from the Black Sea
Ukraine needs to reduce mortgage rates to 8-10% - Confederation of Builders of Ukraine
In "Bogdan" said that can establish mass production of modern electric vehicles
Philips recalls up to four million ventilators
How can integrated subsoil use objects help the development of raw materials exports in Ukraine?
Recommended:
In August, the truck market in Ukraine decreased by 62%
Ferroalloy enterprises of Ukraine in total reduced output by 27.6%
Coal production in China increased by 11% in January-August
News Analytics
Ukrainian court invalidated sale of Ferrexpo Plc shares in 200222-09-2022, 12:45
EU Commission not doing enough to save aluminum industry - associations21-09-2022, 11:07
Steel market in Europe expects big production cuts due to weak demand20-09-2022, 11:13
Ford warns investors to cut car deliveries due to parts shortages20-09-2022, 10:43
The price of lithium resumes insane growth after Elon Musk's remarks20-09-2022, 10:54
China production cuts in winter will give limited boost to steel markets -15-09-2022, 10:09
Steel prices may rise as manufacturers stop production11-09-2022, 14:06
IREPAS: The global long products market is in a "dramatic situation"10-09-2022, 20:49
Steel prices are unlikely to rise significantly in the near future - analysts02-09-2022, 22:58
Steel prices may move up on new data from China31-08-2022, 12:19
Sign in with: