The number of satellites in orbit is constantly growing, and until 2017, approximately 800-900 satellites were operating in Earth's orbit. This number has doubled, if not tripled since 2018. Such a leap happened very quickly thanks to Elon Musk, who began to implement his Starlink - a project to create a global broadband Internet system. 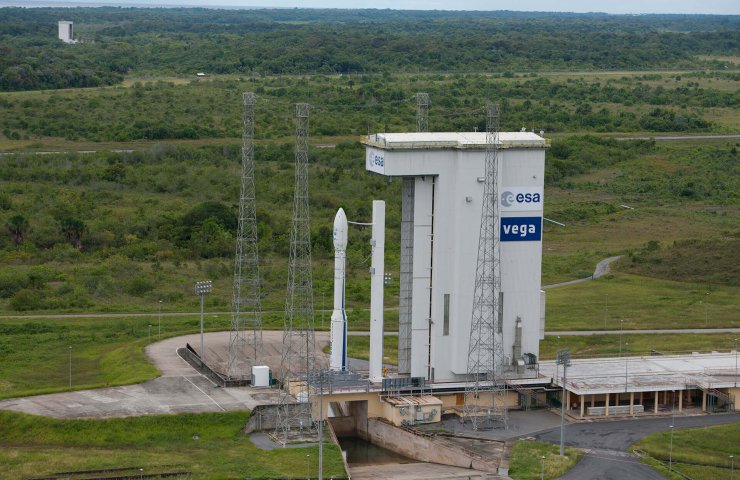 Small satellites, which are currently launched by the company SpaceX Elon Mask, will sooner or later fail. According to the chief economist of YUZHMASH Dmitry Nikon, in order to replace such a satellite, it is not necessary to launch Falcon 9 or the same Vega, but an inexpensive delivery vehicle that will purposefully change one or another satellite that has worked out its potential.

“This, I believe, is the niche for light-class launch vehicles,” a representative of YUZHMASH said.

“We can manufacture all components for missiles, with the exception of electronics - body, engines, valves, and so on. But there are a lot of hardware developers. By the way, in our Aerospace Center for Youth Education there is a circle where students - graduates of the Faculty of Physics and Technology of the DNU develop blueprints and make rockets that can take off to a height of 20 kilometers, ”said D. Nikon.

He also noted that in Ukraine there are many startups from Odessa, Kharkov and other cities that can also develop missiles, the construction of which can be carried out by YUZHMASH. The plant is ready to create a design unit that will specialize in the creation of a light rocket.

Recommended:
April Global Computer Chip Sales Up 22% YoY
ArcelorMittal Kryvyi Rih plans to increase its rolling stock by one and a half times
World Bank will give Ukraine $ 211 million for giant batteries for hydroelectric power plants
On this topic
Yuzhmash told whether it is possible to launch reusable rockets from the Black Sea
How the reform of the electricity market in Ukraine can lead to a collapse and what to do about it
YUZHMASH company congratulated SpaceX on the successful launch of the spacecraft Crew Dragon
The company of Ukrainian businessman plans to deliver on the moon scientific equipment
Iron ore actively rises in price on the news about the attack of Iran on US bases
Firefly Aerospace ordered at the Pivdenmash missile parts to $ 15 million
Add a comment
Сomments (0)
News Analytics
Metinvest's Italian contractors reveal details of the investment project in16-06-2021, 23:01
Energoatom approved Electrotyazhmash as a supplier of turbine generators for16-06-2021, 14:57
Representatives of Ukraine and Germany discussed the prospects for cooperation16-06-2021, 10:49
Vestas and DTEK RES signed an agreement for the supply of wind turbines for the16-06-2021, 10:45
SSAB agrees with Volvo to supply and refine HYBRIT decarbonized steel16-06-2021, 10:40
Vaccinations fuel demand for platinum - World Platinum Investment Council08-06-2021, 12:55
Sharp price growth continues in the rolled metal market - Ukrpromvneshexpertiza08-06-2021, 11:04
Analysts note overheating of the global scrap metal market01-06-2021, 13:28
Hydrogen-fueled steelmaking could be competitive after 2050 - McKinsey19-05-2021, 14:22
Steel raw material prices are skyrocketing across the board18-05-2021, 12:34
Sign in with: