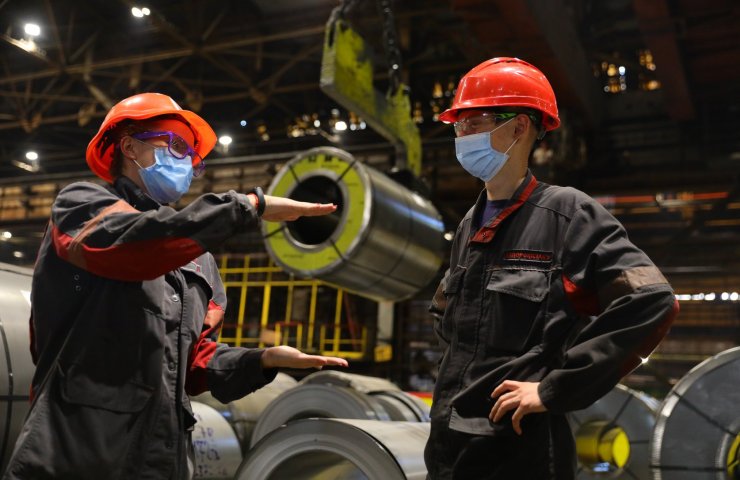 "The decline in steel and rolled products production in August 2020 compared to the same period in 2019 is due to the market conditions," the company explained.

PJSC "Zaporizhstal" is a full-cycle metallurgical enterprise, which occupies a leading position in the production of steel in Ukraine, the volume of export of metal products to more than 50 countries of the world, as well as tax deductions.

Recommended:
UAH 5 million was transferred to pay salaries to miners at the Nadezhda mine
Belarusian products may flow to Russian ports
Chinese company DEIC will build a new power unit at the Slavyanskaya TPP
On this topic
Global steel production in June 2020 decreased by 7%
Iron production at Zaporizhstal soared 28%
Zaporizhstal in January increased the production of iron and steel compared with December
PJSC "Zaporizhstal" steel works reduced steel production in 2019 2.5%
"Zaporozhstal" increased production of iron and steel
Zaporizhstal reduced the production of iron and steel
Add a comment
Сomments (0)
News Analytics
Indian state steel company to sell non-core assets19-09-2020, 18:50
Largest US steel company to lose $ 100 million in Q319-09-2020, 18:50
UN experts believe that the worst-case scenario for the Ukrainian economy can19-09-2020, 18:47
KZhRK miners' strike threatens with loss of sales markets without prospects of16-09-2020, 21:51
Privatization of the alcohol industry has started in Ukraine16-09-2020, 14:56
Iron ore prices to surpass six-year high soon16-09-2020, 10:32
World Oil Demand Peak May Be Over - BP15-09-2020, 09:05
China expands car market capacity by increasing demand for steel and metals11-09-2020, 10:56
Prices continue to rise in the long and flat steel markets08-09-2020, 14:25
Difference between ferrous and non-ferrous metal28-08-2020, 13:45
Sign in with: