7 million people die every year as a result of continuing air pollution on our planet. 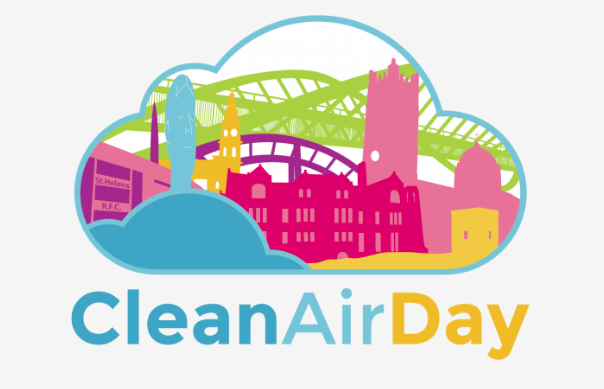 Due to the COVID-19 pandemic, millions of people have lost the opportunity to travel, many cross-border highways have become empty, and planes have begun to fly much less frequently. However, the pandemic was unable to stop transboundary pollution. Any emission of harmful substances into the atmosphere in one of the countries immediately ends up in the air of the neighboring one.

This was recalled at the UN Economic Commission for Europe on the occasion of the International Day of Clean Air and Blue Skies, which is celebrated annually on September 7.

During the fight against COVID-19, when people began to fly less on airplanes and use public transport, scientists have found in many cities around the world a sharp decrease in the concentration of air pollutants, especially the level of nitrogen oxides. This was mainly the result of reduced traffic in urban areas. Pollution levels in Madrid, for example, have dropped by about 50 percent. Similar situations have developed in other large cities.

However, as experts point out, air quality is affected by many other non-transport pollutants. For example, the level of air pollution by small particles entering the air during heating of residential and other buildings or during fertilization of fields did not decrease.

“This shows that comprehensive, cross-sectoral measures that go beyond the transport sector are essential to effectively protect against the effects of urban air pollution,” the UN Economic Commission for Europe said in a statement.

Its authors recalled that air pollution harms not only human health, but also the economy. Economic damage from environmental pollution is at least 20 percent of national GDP in 10 countries of the European region.

On the eve of the International Day for Clean Air, the United Nations Economic Commission for Europe recalled the importance of observing the Convention on Long-Range Transboundary Air Pollution.

40 years later, this Convention remains the only regional document of its kind in the world. It plays a critical role in fostering international cooperation, especially as air pollutants cross national borders and can travel thousands of kilometers. Collective efforts under the Convention have already yielded results: for example, since 1990, emissions of harmful substances, including particulate matter and sulfur, have decreased in Europe by 30-80 per cent. However, there are still many challenges ahead.

According to a recent UN study, the level of air pollution does not exceed the minimum allowable standards in only ten countries that are members of the European Economic Commission: Ireland, Iceland, Spain, Estonia, Canada, Norway, Portugal, USA, Sweden and Finland.

Recommended:
Indian Tata Steel will replace Australian coal with Russian coke
PAL-V Liberty flying car appeared on European roads
Sales of liquefied gas for cars in Ukraine increased despite Covid-19
On this topic
Lead poisoned among children worldwide - UN
All-Ukrainian center of Virology in Kharkov beginning to take material form
UN expert: the weakening of measures to protect the environment during a pandemic with serious
The transition to a carbon-free economy is actually not as expensive as they say - the experts
Mariupol ' plant of the boiler.Lenin took first place in the TOP 20 pollutants of Ukraine
The dirtiest air in Ukraine in the Dnieper
Add a comment
Сomments (0)
News Analytics
Steel buyers in the European Union prepare for further significant price23-11-2020, 18:44
Production of dead-bottom molds has been restored at the Dnieper Metallurgical23-11-2020, 15:39
Hyundai and Ineos to collaborate on hydrogen vehicles23-11-2020, 14:28
Interpipe digitalizes logistics for the convenience of Ukrainian and European23-11-2020, 14:59
CO2 concentration in Earth's atmosphere reaches record levels again23-11-2020, 14:25
European Union scrap collectors worried about possible export restrictions18-11-2020, 10:41
Occupational diseases of workers in the extractive industry: types and ways to16-11-2020, 17:49
Eurofer expects recovery in EU steel demand05-11-2020, 09:47
Hot rolled carbon steel demand will continue to grow by 4% pa until 203004-11-2020, 16:14
Platts Steel Trade Review: China Will Decide Asia's Fate30-10-2020, 10:04
Sign in with: