The coronavirus pandemic has not stopped global climate change on the planet. This is stated in the interdepartmental report of the leading scientific organizations published today. 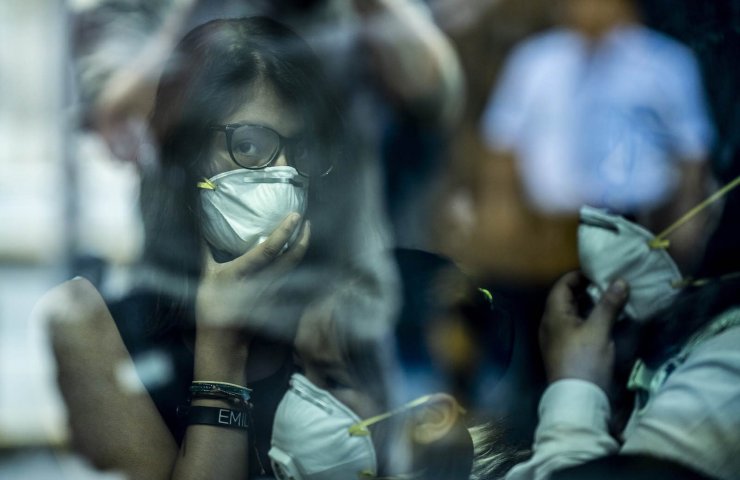 Scientists tracked the impact of the pandemic on key climate indicators during the first half of this year. According to the conclusions of the authors of the report, the concentration of greenhouse gases in the atmosphere has continued to increase during this time.

After a temporary decline caused by the self-isolation of individual countries and the general economic downturn, emissions again approached the level before the pandemic. As a result, the current five-year period has become the warmest on record, which runs counter to the previously agreed goal of the international community to keep the global temperature rise at no more than one and a half percent on the Celsius scale compared to the pre-industrial era.

The report points to the growing irreversible impact of climate change on glaciers, oceans, nature in general, on the global economy and human conditions. The document also states that COVID-19 interferes with tracking climate change through the global observing system.

“This is an unprecedented year for the planet and the humanity inhabiting it,” said UN Secretary General Antonio Guterres in the introduction to the report. - The COVID-19 pandemic has disrupted lives around the world. Nevertheless, the warming of the Earth's atmosphere and changes in the global climate continue to develop at a rapid pace.

The report was prepared by the World Meteorological Organization (WMO) with the participation of the Global Carbon Project, the Intergovernmental Panel on Climate Change, the UNESCO Intergovernmental Oceanographic Commission, the United Nations Environment Program and the UK Met Office. The document presents the latest scientific evidence and expert conclusions regarding global climate change.

“Greenhouse gas concentrations have already reached their highest level in three million years and have continued to rise,” said WMO Secretary-General Professor Petteri Taalas. - In the first half of 2020, Siberia experienced a long period of significant warming, which would have been extremely unlikely without global climate change. 2016-2020 will be the warmest five-year period on record. This report shows that while many aspects of our lives have undergone significant changes in 2020, climate change continues. ”

According to the report's findings, the COVID-19 pandemic has had a significant impact on global weather monitoring systems. An average 75 to 80 percent decline in aeronautical observations in March and April this year has worsened weather, climate and ocean forecasts. In March 2020, almost all oceanographic research vessels were recalled to their home ports. Nevertheless, all existing observation systems record the rapid development of negative trends in the Earth's climatic zone.

The level of concentration of carbon dioxide in the atmosphere this year showed no signs of reaching a peak and continued to break new records. Scientists believe that the reduction in emissions caused by the pandemic is about 4-7 percent from last year, which will affect the overall rate of increase in the concentration of harmful gases in the atmosphere is extremely small. To stabilize climate change, according to experts, a sustainable reduction in emissions is required.

The global average temperature in 2016–2020 is expected to be the highest on record, about 1.1 ° C above the 1850–1900 level, a reference period for assessing temperature change since pre-industrial times. In the five-year period 2020–2024, there is a 24 percent chance that at least one year will exceed pre-industrial levels by 1.5 ° C. That is, the current dangerous tendency with a significant degree of probability will spread to the next five years.

The area of ​​sea ice in the Arctic today, according to scientists, is less than average. Better glacier mass loss was recorded in 2016–2019 than in all previous five-year periods since 1950. The rate of mean sea level rise has increased rapidly over the past decade. The melting of glaciers has been driven by extreme weather and climate events. In many of these extreme events, a clear imprint of global climate change has been found.

“It has never been so obvious that humanity needs to work out long-term and comprehensive measures to overcome the climate crisis,” UN Secretary-General Antonio Guterres commented on the content of the report. “In an era of recovery from a pandemic, we must seize every opportunity to build a better future for our descendants.”

Recommended:
Ukrainian gas transmission system tested for hydrogen pumping capacity
Privatization of the alcohol industry has started in Ukraine
ZAZ announced the start of production of Groupe Renault cars for the Ukrainian market
On this topic
In climate change the fault of the rich - a new study by British scientists
UN Secretary-General on the situation in the world: wind of hope has been replaced by wind of
The transition to a carbon-free economy is actually not as expensive as they say - the experts
The world meteorological organization announced a new climate reality
We have to admit defeat or to make a breakthrough in the fight against global warming - Antonio
Fighting global warming doesn't produce any results - UN
Add a comment
Сomments (0)
News Analytics
KZhRK miners' strike threatens with loss of sales markets without prospects of16-09-2020, 21:51
Privatization of the alcohol industry has started in Ukraine16-09-2020, 14:56
The head of KZHRK ordered preparations for the conservation of all four mines16-09-2020, 13:40
Toyota and Dentsu team up to improve marketing strategy16-09-2020, 10:16
Iron ore prices to surpass six-year high soon16-09-2020, 10:32
Iron ore prices to surpass six-year high soon16-09-2020, 10:32
World Oil Demand Peak May Be Over - BP15-09-2020, 09:05
China expands car market capacity by increasing demand for steel and metals11-09-2020, 10:56
Prices continue to rise in the long and flat steel markets08-09-2020, 14:25
Difference between ferrous and non-ferrous metal28-08-2020, 13:45
Sign in with: