Ugur Dalbeler, CEO of a major Turkish hot rolled steel manufacturer and director of the Turkish Steel Exporters Union, said the European steel sector has shown its despair and negative attitude towards Turkey. 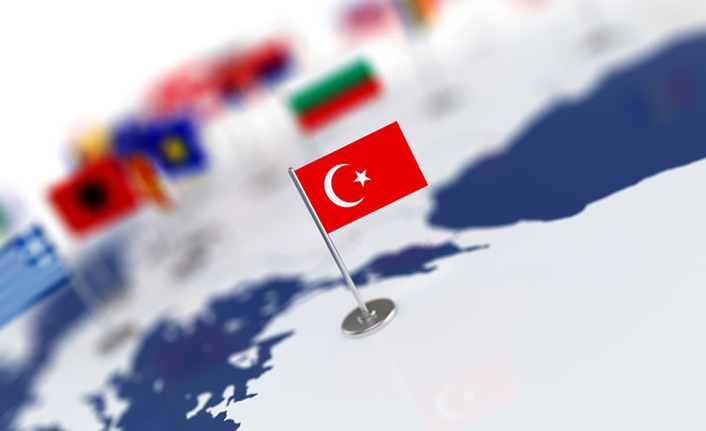 Members of the World Trade Organization (WTO) have agreed to set up a dispute settlement commission to deal with a complaint filed by Turkey regarding European Union safeguards for the import of certain steel products. The decision to create the commission was made at a meeting of the Dispute Resolution Body (DSB) on August 28, the WTO said in a statement.

The creation of the commission may become a precedent for other countries intending to appeal against the recent introduction of the EU quotas on steel products.

The next DSB meeting will take place on 28 September. No information was provided on how long it might take for the group to decide on Turkey's complaint. The United States, Switzerland, Norway, United Kingdom, Ukraine, Russia, Argentina, Canada, China, Korea, Japan, Brazil and India have reserved their third party rights to participate in the proceedings.

Turkey has filed two requests for the creation of a commission to rule on temporary and final safeguards imposed by the EU on the import of certain steel products and on the investigation that led to these measures. Turkey's first request was blocked by the EU at the July 29 DSB meeting. According to the WTO statement, the EU is firmly convinced that its safeguards are justified and in line with WTO rules.

The EU introduced an interim safeguard system on steel imports in mid-2018 following a redirection of global steel trade flows as a result of US protectionist measures in March 2018. Subsequently, these measures were revised towards strengthening.

In June, the EU notified the WTO that it will set country-specific quotas on imports of hot rolled steel from 1 July instead of the global quota, which observers believe will particularly affect Turkey's exports.

Turkey lost about half of its hot rolled coil exports to the EU last year and may lose another 40% this year and next.

According to the latest regulations, Turkish mills can only ship 1.37 million tonnes of hot rolled steel coils to the EU region between July 2020 and July 2021.

Turkey said the measures were “clearly incompatible with WTO rules” because the EU was unable to make reasonable and adequate definitions regarding product definitions, unforeseen events and the perceived threat of serious harm to domestic steel producers in Europe.

On Friday, the head of European Union diplomacy, Josep Borrell, threatened Turkey with sanctions for illegal drilling activities in the Eastern Mediterranean. In addition, he said that the EU will prepare additional measures against Ankara by September 24 in case there is no progress from the Turkish side. Borrell pointed out that there is growing frustration in Europe with Turkey's behavior.

Финансовая аналитика, прогнозы цен на сталь, железную руду, уголь и другие сырьевые товары. More news and analytics on Metallurgprom telegram channel - subscribe to get up-to-date market information and price forecasts faster than others.
Сomments
Add a comment
Сomments (0)
On this topic
EU enacted “enforcement of trade regulation” to circumvent WTO rules
The crumbling of the WTO may have time to consider the claim of Ukraine against Russia
The world trade organization has ruled against Russia in favor of Ukraine
Prospects for the development of the economy and steel market in the EU in 2019-2020
Ukrainian industrial associations have announced the threat of a secret agreement with Turkey
Yuzhmash told whether it is possible to launch reusable rockets from the Black Sea
Recommended:
The United States refused to comply with the decision of the WTO on tariffs on steel and aluminum
European steel price rise that began in January will be short-lived - MEPS
Sweden announced the discovery of Europe's largest deposit of rare earth metals
News Analytics
War in Ukraine to accelerate world economy transition to clean energy - BP30-01-2023, 11:49
ArcelorMittal invests $120m in US green steel company30-01-2023, 11:11
The United States refused to comply with the decision of the WTO on tariffs on29-01-2023, 20:08
China remains the world leader in shipbuilding with a 50% share of new shipyard29-01-2023, 12:35
Prices for metal products in Ukraine increased by 26% last year29-01-2023, 12:06
S&P: Russia will continue to dominate the steel export market in the Black05-01-2023, 11:22
Fitch Analysts Predict Big Drop in Global Steel Consumption This Year14-12-2022, 13:59
Analysts predict 5% annual growth in the iron casting market through 203006-12-2022, 12:44
Commodity prices will fall, metals quotes will rise slightly - Focus Economics28-11-2022, 13:28
Platinum market to face shortage next year - WPIC22-11-2022, 18:25
Sign in with: