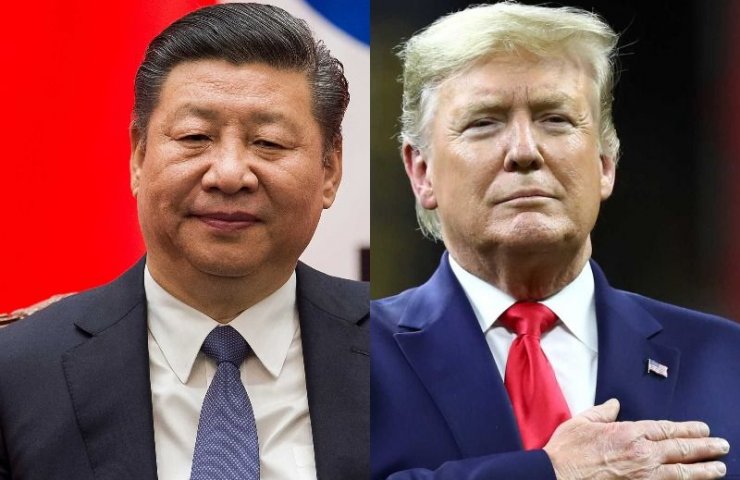 The World Trade Organization (WTO) ruled on Tuesday that the US violated the rules of world trade by imposing multi-billion dollar tariffs during US President Donald Trump's trade war with China. This ruling has angered Washington.

The Trump administration argues that tariffs imposed two years ago on more than $ 200 billion in Chinese goods were justified on the grounds that China was stealing intellectual property and forcing American companies to transfer technology as a condition of access to Chinese markets.

However, a three-member WTO commission ruled that US duties violate trade rules as they apply only against China and exceed the maximum rates agreed with the US. At that time, Washington did not adequately substantiate why its measures are a justifiable exception, the commission concluded.

Recommended:
The Bogdan Motors team appealed to the People's Deputies of Ukraine
Ukraine increased export of iron ore by 12.9% in eight months
NIBULON shipbuilders are working on the sixth non-self-propelled vessel, the NBL-91 project
On this topic
How the reform of the electricity market in Ukraine can lead to a collapse and what to do about it
US increases tariffs on European planes with 10 to 15%
The world trade organization has ruled against Russia in favor of Ukraine
On the background of sharp reductions in the steel mill at NLMK USA workers demand the abolition of
Los Angeles Times: a Perfect storm in the American market of steel
How long will the ceasefire in the trade war between China and the United States last?
Add a comment
Сomments (0)
News Analytics
Indian state steel company to sell non-core assets19-09-2020, 18:50
Largest US steel company to lose $ 100 million in Q319-09-2020, 18:50
UN experts believe that the worst-case scenario for the Ukrainian economy can19-09-2020, 18:47
KZhRK miners' strike threatens with loss of sales markets without prospects of16-09-2020, 21:51
Privatization of the alcohol industry has started in Ukraine16-09-2020, 14:56
Iron ore prices to surpass six-year high soon16-09-2020, 10:32
World Oil Demand Peak May Be Over - BP15-09-2020, 09:05
China expands car market capacity by increasing demand for steel and metals11-09-2020, 10:56
Prices continue to rise in the long and flat steel markets08-09-2020, 14:25
Difference between ferrous and non-ferrous metal28-08-2020, 13:45
Sign in with: