An outbreak of coronavirus recorded on one of the bulk carriers in Port Hedland has not yet affected the shipments of ore from the largest trading terminal in the world. 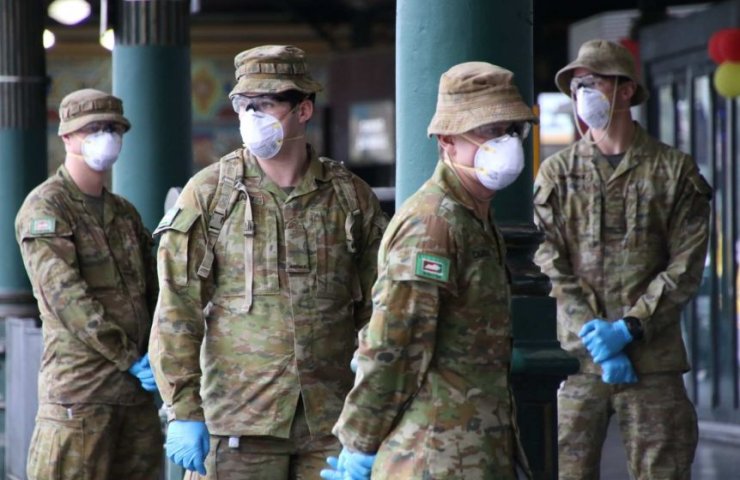 Australia has deployed troops to Port Hedland, one of the world's largest iron ore loading ports, to contain the coronavirus outbreak on a bulk carrier that last changed crews in the major nautical city of Manila.

Seventeen of the bulk carrier's 21 crews have tested positive for the virus in a statement from the shipowner.

Port Hedland officials said ten infected crew members were quarantined at a local hotel, while seven infected workers remain on board with a crew of nine.

The shipowner stated that the crew change in Manila on September 5 met all protocols.

"Before leaving the Philippines, all crew members tested negative for the virus," the statement said.

The vessel, which was supposed to load the manganese ore used in steelmaking, is currently anchored off Port Headland on Australia's northwest coast.

The port is used by some of Australia's top iron ore miners, including the BHP Group and the Fortescue Metals Group.

The outbreak of coronavirus on the bulk carrier did not affect the port's operation, the Port Authority of Port Pilbara said.

A spokesman for the private manganese producer Consolidated Minerals, who was expecting the vessel, said the new vessel is chartered and will arrive early next week. He added that the outage would not affect annual shipments.

Recommended:
Ukrzaliznytsia changes the logistics of transporting diesel fuel after stopping supplies from Russia and Belarus
EU carbon prices hit record 50 euros per tonne
The prototype of the interplanetary "starship" Starship successfully took off and landed successfully for the first time
On this topic
Iron ore prices to surpass six-year high soon
Yuzhmash told whether it is possible to launch reusable rockets from the Black Sea
How the reform of the electricity market in Ukraine can lead to a collapse and what to do about it
Stopped nuclear power plants and mines. What's going on in the energy sector of Ukraine?
In Singapore for the debts of the arrested "Sevastopol"
Ghana remains a major importer of manganese ore in Ukraine
Add a comment
Сomments (0)
News Analytics
Volodymyr Zelenskyy signed a law to extend the export duty on ferrous scrap16-05-2021, 09:29
China's Tianwen 1 spacecraft successfully landed on Mars15-05-2021, 12:56
British law enforcement officials accused Liberty Steel and GFG Alliance of15-05-2021, 12:03
Chip shortage will cost the global auto industry $ 110 billion in revenue in14-05-2021, 12:15
Zaporizhzhya Dneprospetsstal expands international partnership14-05-2021, 11:17
The current state of the market is ideal for the sale of rolled steel - IREPAS04-05-2021, 18:41
Global hydrogen demand to grow 7-fold by 2070 - PwC21-04-2021, 12:31
World Steel Association predicts a good year for metallurgists15-04-2021, 18:19
World Steel Association defines green steel and its variations12-04-2021, 13:14
China unlikely to cut steel capacity in 2021 due to high steel prices07-04-2021, 12:11
Sign in with: