Tesla decided to mine lithium in Nevada 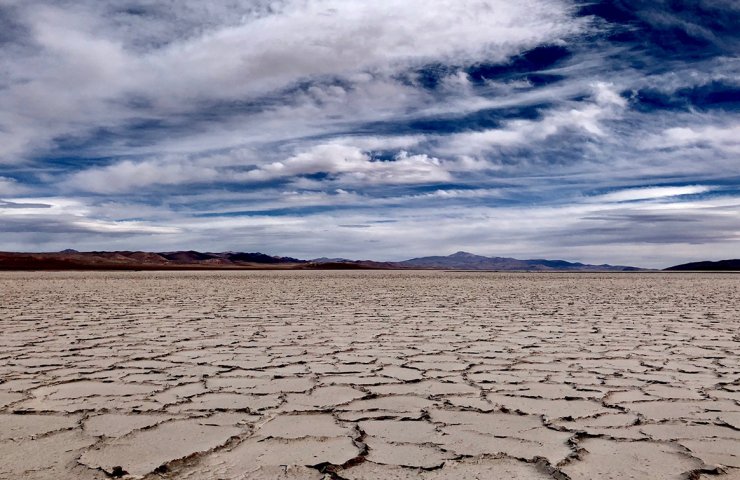 According to them, in recent months the automaker has been negotiating with Cypress Development Corp., which is trying to extract lithium from clay deposits in southwestern Nevada, but the parties have not agreed.

Tesla then focused on starting to mine lithium in the state on its own, in accordance with the plan that the head of the company Elon Musk presented last week.

Tesla did not respond to agency requests for comment. Cypress declined to comment on the talks with the automaker.

Bloomberg notes that the production of lithium from clay has until now been considered a difficult and costly process, and no company has been able to establish commercial production. However, self-mining of lithium is central to Tesla's plan to reduce battery costs by 50% and produce an affordable $ 25,000 electric vehicle.

Musk told investors last week that Tesla has gained access to 10,000 acres of lithium-rich clay deposits in Nevada and plans to use a new, "highly sustainable" way to mine the metal. Instead of using large volumes of water and evaporation, which is traditional for lithium production, the company expects to extract lithium using a new process using table salt.

This will ensure low costs and minimal impact on the environment, Musk said. However, this technology, which has never been used to produce lithium before, is questioning some analysts. "Lithium has never been commercially produced from clay," says Chris Berry, president of House Mountain Partners, a consultancy for battery metal manufacturers and investors.

Recommended:
Nikola founder was suspected of buying a hydrogen truck project from a Croatian designer
Ukraine is regarded as a key EU partner in the development of hydrogen technologies
Malaysia's national airline on the verge of bankruptcy due to pandemic
On this topic
Tesla to build exclusive electric cars in Berlin for $ 25,000
Panasonic announced plans to increase battery capacity for electric vehicles by 20%
Elon Musk asks that arrested him only after the resumption of production in California
Elon Musk sells all his possessions in order to "devote himself to Mars"
Elon Musk introduced Tesla electric pickup Cybertruck at a price of 40 thousand dollars
U.S. boosts lithium imports for electric vehicle batteries
Add a comment
Сomments (0)
News Analytics
Innovative matrix headlights on the Audi E-Tron19-10-2020, 22:43
Tensions rise between China and Australia over commodity trade14-10-2020, 18:15
The European Union confirms its intention to introduce a border tax on carbon13-10-2020, 13:20
ArcelorMittal Europe to start producing green steel from 202013-10-2020, 12:44
Kremenchug refinery launched an isomerization unit13-10-2020, 12:43
Dolomite powder market to reach USD 33.44 billion by 202705-10-2020, 12:33
Iron ore prices to surpass six-year high soon16-09-2020, 10:32
World Oil Demand Peak May Be Over - BP15-09-2020, 09:05
China expands car market capacity by increasing demand for steel and metals11-09-2020, 10:56
Prices continue to rise in the long and flat steel markets08-09-2020, 14:25
Sign in with: