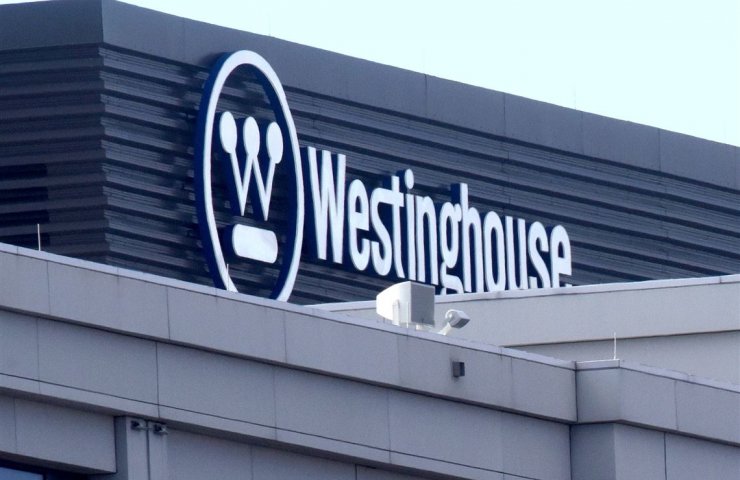 Westinghouse Electric Company and NAEK "Energatom " on Wednesday signed a contract for the supply of nuclear fuel for the VVER-440 reactors of the Rivne NPP, according to a joint press release of the companies.

"This agreement is another successful step in the continuation of the long-term partnership between " Energoatom "and Westinghouse ", - noted in the message.

The parties also signed a letter of intent to further study the localization of the production of components for fuel and assembly parts in Ukraine. "Atomenergomash ", a division of "Energoatom ", is currently undergoing qualification for the production of VVER-1000 liners and heads for Westinghouse fuel.

The signing of both documents took place in the presence of Ukrainian President Volodymyr Zelensky.

"We are glad that " Energoatom "has once again demonstrated its trust in Westinghouse and the nuclear fuel supplied by the company. With this agreement, we continue to strengthen Ukraine's energy security and strive to participate in improving its nuclear fleet. As a strategic partner, Westinghouse will continue to support Energoatom in its enhancement and related expertise, ”said Westinghouse President and CEO Patrick Fragman.

"We are taking another step towards the joint need to continue to improve the productivity of our plants and diversify fuel supplies. This is an important decision not only for Ukraine, but also for all countries of the European continent where VVER-440 reactors operate, " he noted President of "Energoatom " Petr Kotin.

"By providing fuel to additional units outside of the VVER-1000 reactors, Westinghouse will supply fuel for more than half of Ukrainian reactors, " the report summarizes.

As reported, in 2000, in order to diversify sources of nuclear fuel supplies for Ukrainian nuclear power plants, Energoatom jointly launched a project for qualifying nuclear fuel of this company. In March 2008, Energoatom signed a commercial contract with Westinghouse Electric Sweden (Sweden) for the supply of fresh nuclear fuel from three to six power units of Ukrainian NPPs with VVER-1000 reactors in 2011-2015. In 2014, the parties agreed to expand and extend it until 2020. In January 2018, the contract was extended until 2025. The agreement provides for the supply of nuclear fuel to supply seven of the 15 Ukrainian nuclear power units.

In December 2019, SUNPP-3 became the first unit to receive permission from the SNRIU regulator for the commercial operation of Westinghouse fuel.

Recommended:
Prices for gasoline and diesel fuel will rise in Ukraine - Derzhzovnishinform
State Energy Efficiency of Ukraine proposes to amend the law "On Public Procurement"
International Steel Committee says gloomy outlook for market
On this topic
Stopped nuclear power plants and mines. What's going on in the energy sector of Ukraine?
Pavlisin: Energoatom may face a shortage of funds for payment of taxes and salaries
Ukraine can dramatically increase the price of electricity because of the limitations of nuclear
Minister Ariel presented to the staff of SE NNEGC "Energoatom" the new head
The Ministry of energy of Ukraine told why fired the President of NNEGC "Energoatom"
Energoatom appealed to the AMC with a complaint of possible manipulation in the supply of
Add a comment
Сomments (0)
News Analytics
Innovative matrix headlights on the Audi E-Tron19-10-2020, 22:43
Tensions rise between China and Australia over commodity trade14-10-2020, 18:15
The European Union confirms its intention to introduce a border tax on carbon13-10-2020, 13:20
ArcelorMittal Europe to start producing green steel from 202013-10-2020, 12:44
Kremenchug refinery launched an isomerization unit13-10-2020, 12:43
Dolomite powder market to reach USD 33.44 billion by 202705-10-2020, 12:33
Iron ore prices to surpass six-year high soon16-09-2020, 10:32
World Oil Demand Peak May Be Over - BP15-09-2020, 09:05
China expands car market capacity by increasing demand for steel and metals11-09-2020, 10:56
Prices continue to rise in the long and flat steel markets08-09-2020, 14:25
Sign in with: