Westinghouse and Energoatom intend to create a Westinghouse engineering and technical center in Ukraine, which will support the construction and operation of AP1000 power units in Ukraine. 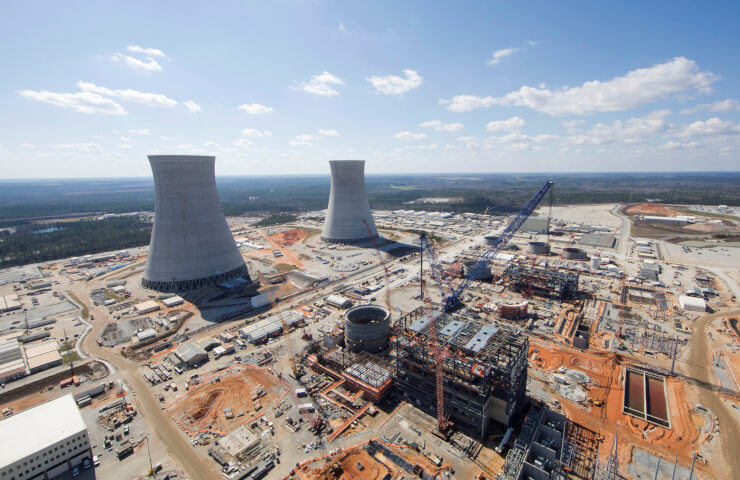 The state enterprise NNEGC Energoatom and the American company Westinghouse on Thursday, June 2, signed three agreements on strengthening cooperation between the companies, according to which the number of nuclear power units to be built using the AP1000 technology in Ukraine has been increased from 5 to 9. About This is reported on June 3 by the Ministry of Energy of Ukraine.

“The number of nuclear power units to be built in Ukraine using Westinghouse technologies has increased to 9. On June 2, in the presence of the Minister of Energy of Ukraine Herman Galushchenko and the Ambassador Extraordinary and Plenipotentiary of Sweden to Ukraine Tobias Tyberg, President of the SE NNEGC Energoatom Petr Kotin and Patrick Fragman, President and CEO of Westinghouse Electric Company, signed three agreements to enhance cooperation between the companies,” the Ministry said.

An agreement was also reached to increase the supply of American nuclear fuel for the needs of all Ukrainian nuclear power plants. The fuel will be supplied from Westinghouse's production site in Sweden. At the same time, the production of fuel assembly components will take place in Ukraine on the basis of one of the separate divisions of NNEGC Energoatom.

Westinghouse and Energoatom intend to establish a Westinghouse engineering and technical center in Ukraine, which will support the construction and operation of AP1000 power units in Ukraine and the future decommissioning program of Ukrainian NPP power units.

According to Energy Minister German Galushchenko, in the future Ukraine may become a key exporter of electricity to Europe.

Let us remind you that currently there are 15 operating nuclear power units at 4 nuclear power plants in the energy system of Ukraine. After the start of the special military operation of the Russian Federation in February 2022, Ukraine completely abandoned Russian nuclear fuel.

Финансовая аналитика, прогнозы цен на сталь, железную руду, уголь и другие сырьевые товары. More news and analytics on Metallurgprom telegram channel - subscribe to get up-to-date market information and price forecasts faster than others.
Сomments
Add a comment
Сomments (0)
On this topic
Westinghouse and Energoatom signed a contract for the supply of nuclear fuel for the VVER-440
American Westinghouse Electric will build a nuclear reactor of the AP1000 project in Ukraine
Westinghouse provided humanitarian aid to Ukrainian nuclear power plants
The EU does not want to buy Ukrainian energy Minister Ariel
Energoatom will consider the possibility of producing small nuclear reactors NuScale in Ukraine
The Ministry of energy of Ukraine told why fired the President of NNEGC "Energoatom"
Recommended:
India's JISPL extends blast furnace maintenance indefinitely
China's industrial output up 3.4% in first half
Japan's Nippon Steel starts buying gas at record high prices
News Analytics
China reduced steel exports in July by one million tons or 12%08-08-2022, 17:41
World steel prices have moved from a protracted fall to growth08-08-2022, 16:27
Ferrexpo's net profit in the first half of the year decreased by 88%03-08-2022, 10:20
Ukrainian gas transportation system allowed to pump biomethane03-08-2022, 10:18
The strategy for the development of Russian metallurgy will be "quickly02-08-2022, 14:02
The US market may begin a collapse in prices for thick sheet14-07-2022, 09:39
High iron ore shortage could halt metallurgy's green transition28-06-2022, 14:02
Price volatility hits global steel market27-06-2022, 19:28
Recovery in China could be key to rising global steel prices - MEPS24-06-2022, 14:00
Conflict in Ukraine spurs Europe's drive for clean energy03-06-2022, 12:14
Sign in with: