Is it possible to replace Russian gas in the Ukrainian GTS with "green" hydrogen?

The EU is increasingly talking about hydrogen for the transition to "green" energy. It is he who is able to replace gas, coal and other energy sources. Ukraine may also win. 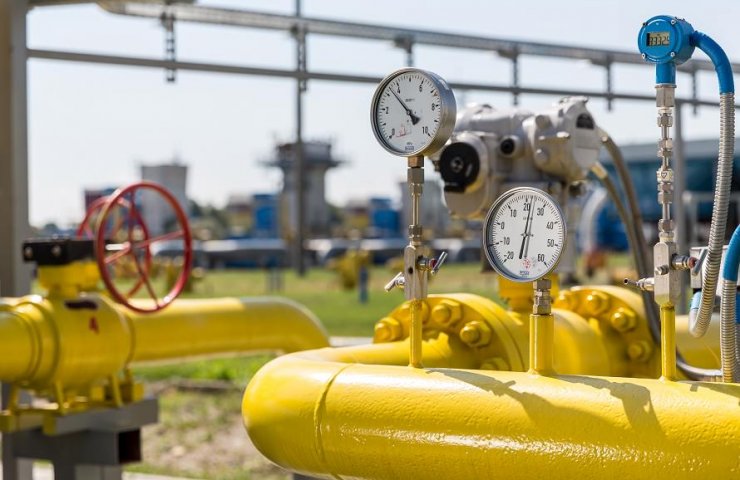 The Ukrainian gas transportation system is in limbo. The United States and Germany have agreed to complete the construction of the Nord Stream 2 gas pipeline. After putting it into operation, Russia will theoretically be able to do without the Ukrainian "pipe". Ukraine risks losing its status as a transit country for natural gas from 2024, when the contract between Kiev and Moscow expires. But thanks to the radical reform of the energy sector in the EU, new opportunities are opening up for the Ukrainian GTS.

In particular, we are talking about plans to switch to "green" hydrogen. The European Hydrogen Strategy, developed for 30 years, provides for the production of hydrogen in the amount of up to one million tons per year already in 2024. DW (Deutsche Welle) was investigating whether it is possible to transport hydrogen instead of gas through the Ukrainian gas transportation system, what is needed for this and who plans to produce "green" hydrogen in Ukraine.

In 2020, the EU presented a hydrogen strategy, which provides for the widespread use of the so-called "green" hydrogen. To be green, hydrogen must be produced from renewable energy sources such as wind or solar power. In general, Europeans are going to invest in "green" hydrogen from 180 to 470 billion euros by 2050. Thus, the EU wants to achieve climate neutrality - so that greenhouse gas emissions into the atmosphere do not exceed the amount absorbed by the ecosystem.

The EU views Ukraine as one of the key partners for the implementation of these plans. Europe expects that up to 10 gigawatts of capacities for the production of "green" hydrogen will be built in Ukraine by 2030. The specifics, however, are still few. The agreements between Ukraine and Germany seem to be more substantive.

Last year, the countries signed an energy partnership agreement, one of the elements of which is the development of hydrogen energy. Ukraine may receive part of the 2.8 billion euros of investments that Germany plans to allocate for hydrogen projects abroad.

Such an interest in Ukraine is explained by its resources for production and the presence of a gas transmission system that can be used to transport hydrogen, says Alexander Repkin, President of the Ukrainian Hydrogen Council Energy Association, in an interview with DW.

“There are four regions in Ukraine with sufficient resources to provide the whole of Europe with green hydrogen: Zaporozhye, Kherson, Dnepropetrovsk and Odessa. The southern regions have access to the GTS. This is the first route by which hydrogen can be transported to Europe. The second is the waterway along the Danube, ”he says.

However, replacing gas with hydrogen in the GTS is not as easy as it seems at first glance. The reason is the rapid corrosion of the metal, explains Alexander Kharchenko, director of the energy research center.

“An ordinary low-pressure gas pipe is corroded by hydrogen in a few hours. High pressure pipe - in months. For its pumping, pipes from the inside can be sheathed with Kevlar, but it is very expensive. The cost of covering a GTS with a length of three thousand kilometers will cost billions of dollars, ”he says.

It is difficult to say whether it is generally advisable to invest in the modernization of the GTS, because there is no market for this energy carrier yet, Kharchenko said.

“So far, there are only estimated consumption volumes. I do not see a line of investors in hydrogen production. The reason is that no one knows how much it will cost in 10 years, and therefore it is not clear how to return the investment, ”the expert says.

Mix of gas and hydrogen

Research on the cost of re-equipment of the Ukrainian gas transportation system for a hydrogen transportation system is being carried out by the Ukrainian Hydrogen Council, and by the end of the year specific amounts will be announced, assures its President Repkin. However, according to him, hydrogen can be transported even without re-equipment if a small amount of it is mixed into natural gas, Repkin notes.

"Research has shown that up to 20 percent hydrogen can be transported with gas," he says.

However, this option requires further research and synchronization of the strategies of the countries, explains DW Director of the Ukrainian GTS Operator Serhiy Makogon.

“As of 2020, 65 percent of the member states of the European Energy Regulatory Cooperation Agency (ACER) still do not allow the injection of hydrogen into the gas transmission network. In particular, in Germany, the limiting level of hydrogen impurity is 10 percent, in France - six percent, in Spain - five percent, ”he said.

In Ukraine, only technical studies are being carried out to determine the state of readiness of the gas transportation infrastructure for transporting a mixture of natural gas and hydrogen, Makogon notes.

On the other hand, now

Финансовая аналитика, прогнозы цен на сталь, железную руду, уголь и другие сырьевые товары. More news and analytics on Metallurgprom telegram channel - subscribe to get up-to-date market information and price forecasts faster than others.
Сomments
Add a comment
Сomments (0)
On this topic
Ukrainian hydrogen for Europe: an image of the future or a soap bubble?
Russia did not mind replacing natural gas with hydrogen in Ukrainian transit in 2035
Naftogaz and RWE signed a memorandum of cooperation in the development of hydrogen projects
Akademik Chersky arrives at the Nord Stream 2 pipe-laying site
State Energy Efficiency told that it can save the gas transportation system of Ukraine
US urges Ukraine not to criticize Nord Stream 2 deal - Politico
Recommended:
Metinvest intends to receive compensation from Russia for the destroyed plants in Mariupol
ArcelorMittal invests $25 million in nuclear technology development
EU new car market continues to recover in double digits
News Analytics
Australia and the UK aim to catch up and overtake China in the battery metal26-11-2022, 22:37
The United States imposed a ban on the import and sale of equipment from26-11-2022, 22:31
The pipe metallurgical plant in Nikopol continued to work after a short stop26-11-2022, 22:52
The state will not support the export of metals from Russia - Ministry of25-11-2022, 13:18
ArcelorMittal Kryvyi Rih suspends production due to shelling of energy25-11-2022, 12:04
Platinum market to face shortage next year - WPIC22-11-2022, 18:25
Global steel demand falls and will fall by 2.3% in 2022: WorldSteel19-10-2022, 23:12
Iron ore prices fall to 11-month low15-10-2022, 10:36
China production cuts in winter will give limited boost to steel markets -15-09-2022, 10:09
Steel prices may rise as manufacturers stop production11-09-2022, 14:06
Sign in with: