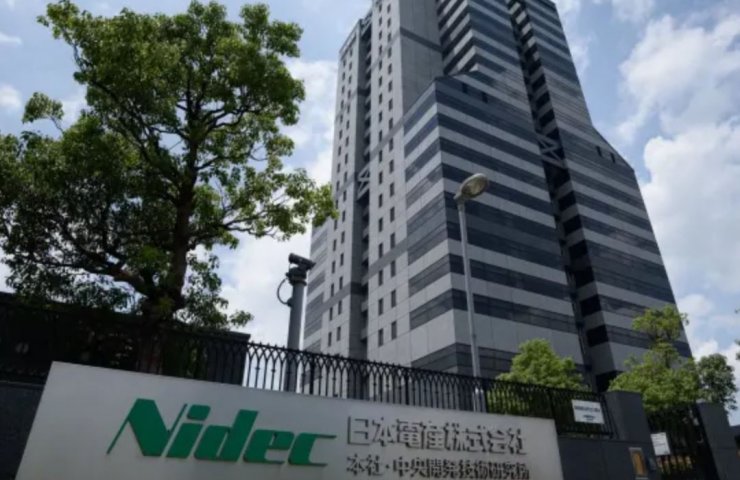 Nidec founder Shigenobu Nagamori said he wants at least 35% market share in energy-efficient electric motors by 2030, which is expected to grow tenfold to $ 30 billion a year by then.

The plant, which will follow the construction of an electric vehicle plant in China, is slated to open in 2023, with an annual production of 200,000 to 300,000 units per year, according to Nikkei.

It faces competition from other companies like Japan's Denso Corp and Aisin Seiki Corp, which formed a joint venture called BluE Nexus in 2019 last year.

Recommended:
KAMAZ increased production of trucks by 26% in January-May
Ministry of Energy of Ukraine signed a Memorandum of Understanding with Microsoft
This year Ukrzaliznytsia has restored 20 sections of electric trains
On this topic
Metinvest extended maturity of bonds
How the reform of the electricity market in Ukraine can lead to a collapse and what to do about it
In Nissan have announced falling sales in Europe and Russia by 20%
The future of electric vehicles is being shaped in China
Nissan to cut 12,500 jobs as earnings slump in first quarter
Global steel market for cars: forecast up to 2026
Add a comment
Сomments (0)
News Analytics
Metinvest's Italian contractors reveal details of the investment project in16-06-2021, 23:01
Energoatom approved Electrotyazhmash as a supplier of turbine generators for16-06-2021, 14:57
Representatives of Ukraine and Germany discussed the prospects for cooperation16-06-2021, 10:49
Vestas and DTEK RES signed an agreement for the supply of wind turbines for the16-06-2021, 10:45
SSAB agrees with Volvo to supply and refine HYBRIT decarbonized steel16-06-2021, 10:40
Vaccinations fuel demand for platinum - World Platinum Investment Council08-06-2021, 12:55
Sharp price growth continues in the rolled metal market - Ukrpromvneshexpertiza08-06-2021, 11:04
Analysts note overheating of the global scrap metal market01-06-2021, 13:28
Hydrogen-fueled steelmaking could be competitive after 2050 - McKinsey19-05-2021, 14:22
Steel raw material prices are skyrocketing across the board18-05-2021, 12:34
Sign in with: