US investment in a carbon-free economy could exceed $ 10 trillion

Joe Biden's energy policy will be very different from what Donald Trump did, the former head of the International Renewable Energy Agency said. 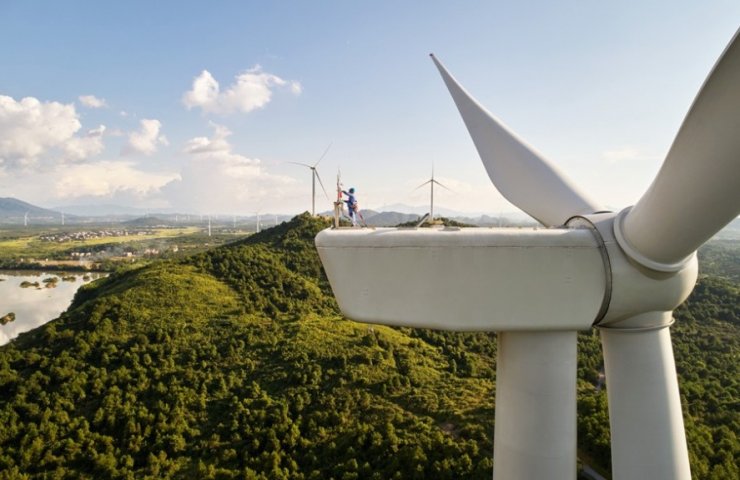 US energy policy under the Joe Biden administration will undergo dramatic changes: by joining the Paris Agreement, the United States will dramatically increase investments in renewable energy sources (RES), said the head of the International Renewable Energy Agency in 2011-2019, Adnan Amin.

“President-elect Joe Biden’s victory represents a major change in climate and energy policy after four years of climate denial and vigorous opposition to the energy transition by the Trump administration. By 2035, we may see a $ 10 trillion investment aimed at achieving zero-carbon energy by that date, ”an industry expert said in a comment posted by the Global Energy Association.

Biden remains committed to this agenda and has a variety of tools at his disposal, he said.

“It is clear that one of his first actions will be to return to the Paris Agreement and reaffirm commitment to its goals,” Amin said.

Among the expected steps of Biden, he also included a bill to stimulate investments in the amount of about 2 trillion dollars to restore the economy after the pandemic, with a significant part of this amount going to clean energy.

"This will give an immediate impetus to investment in renewable energy, which will develop at a rapid pace, since solar and wind energy is currently the cheapest form of energy in the United States," - said the expert.

“Biden is aware that this next phase of industrialization will have enormous geopolitical implications and is determined to ensure that the United States continues to be the world leader,” summed up Adnan Amin.

Recommended:
France imposes a "curfew" in connection with the coronavirus pandemic
IMF denies emergency financial aid to Kiev
Steel companies from the EU and South Korea will jointly develop steel for Hyperloop
On this topic
DTEK joined the European initiative on transition to hydrogen fuel
European Commission: Ukraine should continue investing in renewable energy
Fitch Ratings notes the systemic crisis in the energy sector of Ukraine
Stopped nuclear power plants and mines. What's going on in the energy sector of Ukraine?
Los Angeles Times: a Perfect storm in the American market of steel
Gas as a weapon of Russia's hybrid war: how to deal with it?
Add a comment
Сomments (0)
News Analytics
US Provides $ 20 Billion in Government Support to Airlines to Pay Salaries02-12-2020, 19:25
Metinvest closes its first securitization deal02-12-2020, 19:05
Sanjiv Gupta one of these days will find out all the financial secrets of the02-12-2020, 19:18
EU asks Biden to abolish duties on steel and aluminum02-12-2020, 15:16
Mariupol plant named after Ilyich produced the first 20 thousand tons of02-12-2020, 15:54
European Union scrap collectors worried about possible export restrictions18-11-2020, 10:41
Occupational diseases of workers in the extractive industry: types and ways to16-11-2020, 17:49
Eurofer expects recovery in EU steel demand05-11-2020, 09:47
Hot rolled carbon steel demand will continue to grow by 4% pa until 203004-11-2020, 16:14
Platts Steel Trade Review: China Will Decide Asia's Fate30-10-2020, 10:04
Sign in with: