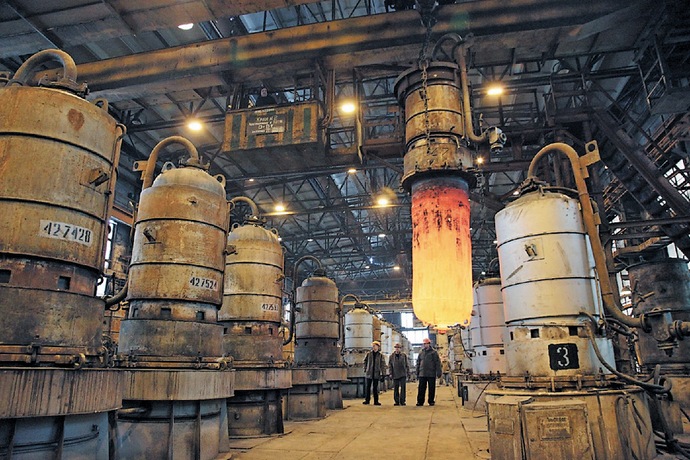 Oleg Ryabko, Head of the Trade Union of Workers of the Metallurgical and Mining Industry of Ukraine (PMGU), addressed an open letter to President Volodymyr Zelenskyy with a request to pay attention and help solve problems that have arisen at the strategic enterprise Zaporozhye Titanium Magnesium Plant LLC (ZTMK), 51% -whose share is state-owned.

The document says that the trade union receives appeals from the labor collective of Zaporizhzhya Titanium-Magnesium Combine on problems related to production activities, which led to negative social and labor consequences that followed the change in management of the enterprise.

“The initiative to change the leadership was taken by the State Property Fund, which owns a controlling stake in the enterprise (51%). The SPF publicly set tasks for the new management to restore order at a strategic enterprise, create new high-tech jobs and increase income. However, with the arrival of the new head of the enterprise, Sergei Lubennikov, during 2020 the situation at the enterprise has changed not for the better, "the letter states.

According to the trade union, the number of employees decreased at the beginning of 2020 to 2,450 people, the level of wages decreased from 12 to 10 thousand hryvnias, the debt on its payment as of November 17, 2020 amounted to more than 21 million hryvnias. In addition, management plans to lay off another 500 employees.

“Chairman of the State Property Fund of Ukraine in front of the new head Lubennikov S.V. the task was publicly set to “restore order at this strategic enterprise, instead of losses and debts, create new high-tech jobs and cash receipts from income. But now the results of the work are absolutely opposite, "writes O. Ryabko.

Due to the lack of action on the part of the state in solving problematic issues, PMGU turned to the President with a request to instruct the Cabinet of Ministers to save the enterprise.

As reported, in early June 2020, the head of the SPF Dmitry Sennichenko announced the change of the head of ZTMK and the return of the enterprise under state control. He noted that the government had agreed on the candidacy of the new head of ZTMK back in February, but further actions to release the ineffective leadership were stubbornly blocked by court decisions, which were accompanied by information attacks on the state.

At the same time, Group DF Firtash announced on November 12 that the Economic Court of the Zaporozhye region, by its decision No. 908/1767/20 dated November 9, canceled the decisions of the general (extraordinary) meeting of participants of ZTMK LLC dated May 29, 2020 and , in particular, recognized the dismissal of Vladimir Sivak from the position of director of the enterprise and the appointment of the acting head of the plant Sergey Lubennikov to this position.

The court also ruled illegal and canceled the actions of the registrar who entered information about the change in the company's management in the Unified State Register of Legal Entities and Individual Entrepreneurs. The grounds for such a court decision were numerous procedural (procedural) violations committed by the SPF during the meeting of participants, the Group DF press release noted.

The decision of the Economic Court of the Zaporizhzhya region will enter into force 20 days after the announcement, or in the event of its appeal after the consideration of the complaint by the Central Economic Court of Appeal. In the event the entry into force of this decision, Lubennikov, who currently holds the post of acting director, will lose his powers, and Sivak will return to the duties of the head of ZTMK, it was specified in a press release.

ZTMK is the only producer of metallic spongy titanium in Ukraine and Europe. Its design capacity is 20 thousand tons per year, however, due to the depreciation of production assets, the enterprise can currently produce 10 thousand tons of sponge.