Trade union leaders and the management of ArcelorMittal Kryvyi Rih have reached an agreement on the next steps to revise salaries. 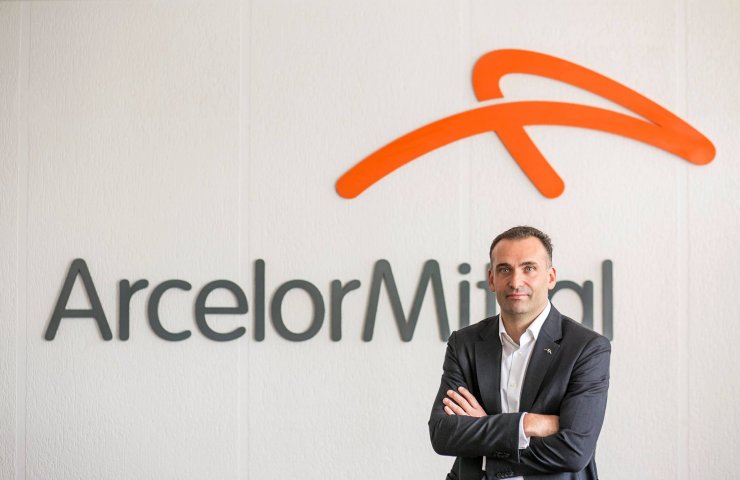 Today in Kiev a meeting of the general director of ArcelorMittal Kryvyi Rih Mauro Longobardo and other representatives of the company's management with the leaders of trade unions working at the enterprise took place. The dialogue was moderated by the Chairman of the Trade Union of Metallurgists and Miners of Ukraine (PMGU) Alexander Ryabko and Executive Director of the Federation of Metallurgists of Ukraine (FMU) Sergey Belenky.

At the initiative of the trade unions, a number of issues were brought up for discussion, and in particular, two key ones: further revision of wages for employees of the enterprise and labor protection.

According to PMGU, in recent years ArcelorMittal Kryvyi Rih has been ranked 5th to 1st in terms of the average salary among metallurgical enterprises. According to Alexander Ryabko, despite regular salary increases, employees "do not feel this growth." As a result, the trade union leaders believe, there may be a shortage of qualified personnel in the region.

According to the FMU analysis, ArcelorMittal Kryvyi Rih in a number of professions lags behind the average for the metallurgical industry, but in general it moves in accordance with the market and even slightly exceeds its average indicators.

General Director of ArcelorMittal Kryvyi Rih Mauro Longobardo recalled that, when determining the level of wage increases based on the results of 2020, the company relied on data from the FMU, as well as other studies, macroeconomic indicators and financial indicators of the enterprise.

“We are ready to make a decision on the next wage increase as a result of a productive dialogue with the trade unions. In July we will have an understanding of where the market is heading, there will be new figures from the FMU, a new inflation forecast - and this will become the basis for our common decision, ”Longobardo said.

The most heated discussion concerned the methodology for calculating the average level of wages. The head of the primary organization of the Independent Trade Union of Miners of Ukraine Yuriy Samoilov noted: “It is necessary to jointly decide on the methodology for analyzing wages in the industry.”

The participants in the meeting agreed to start negotiations on the revision of wages at the enterprise, focusing on the dynamics of the market and the equalization of wages in those categories where there are discrepancies. In July, taking into account the new data, the management of ArcelorMittal Kryvyi Rih and all trade unions plan to reach a new agreement on the revision of salaries this year.

The participants in the dialogue also agreed on the next steps in the field of labor protection. In an effort to achieve full transparency in the reporting of accidents, as well as greater efficiency in fostering a safety culture in the enterprise, the enterprise agreed to cooperate with trade unions in the exchange of information. "After all, trade unions are the first and best assistant to the administration on labor protection issues," Ryabko said.

“No one has yet come up with a better format than social dialogue,” Belenky commented. “Together we can find a way to sustainably develop our industry for a successful future,” concluded Longobardo.

Финансовая аналитика, прогнозы цен на сталь, железную руду, уголь и другие сырьевые товары. More news and analytics on Metallurgprom telegram channel - subscribe to get up-to-date market information and price forecasts faster than others.
Сomments
Add a comment
Сomments (0)
On this topic
ArcelorMittal Kryvyi Rih is not ready to increase salaries of employees by 30%
ArcelorMittal Kryvyi Rih will raise salaries by 10% in two stages if it receives the consent of the
ArcelorMittal Kryvyi Rih increases salaries of its employees
Metallurgists of Ukraine require the government to withdraw the draft law "On labour"
The head of "ArcelorMittal Kryvyi Rih" joined the Board of the European Business
ArcelorMittal Kryvyi Rih will pay additional remuneration to its workers
Recommended:
China's crude steel production in 2022 falls for the second year in a row
Taiwan bans stainless steel exports to Russia and Belarus
Sweden announced the discovery of Europe's largest deposit of rare earth metals
News Analytics
The United States refused to comply with the decision of the WTO on tariffs on29-01-2023, 20:08
China remains the world leader in shipbuilding with a 50% share of new shipyard29-01-2023, 12:35
Prices for metal products in Ukraine increased by 26% last year29-01-2023, 12:06
JSW Steel, ArcelorMittal and NLMK may buy two Liberty Steel plants in Belgium29-01-2023, 12:12
British scientists have found a way to cut CO2 emissions from steel production28-01-2023, 23:49
S&P: Russia will continue to dominate the steel export market in the Black05-01-2023, 11:22
Fitch Analysts Predict Big Drop in Global Steel Consumption This Year14-12-2022, 13:59
Analysts predict 5% annual growth in the iron casting market through 203006-12-2022, 12:44
Commodity prices will fall, metals quotes will rise slightly - Focus Economics28-11-2022, 13:28
Platinum market to face shortage next year - WPIC22-11-2022, 18:25
Sign in with: