Earlier, Group DF announced that the meeting of the founders of ZTMK on May 29, at which Lubennikov was appointed acting director of the plant, was carried out illegally, and this decision also has no legal force. 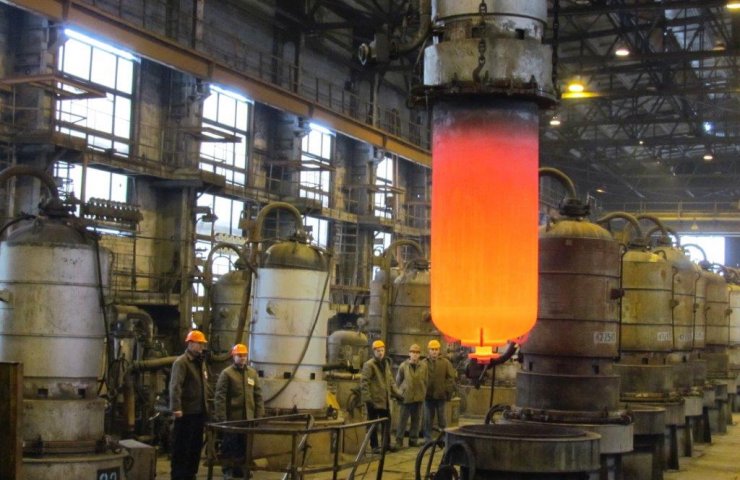 On May 24, 2021, the Central Commercial Court of Appeal of Ukraine, by its decision No. 908/1767/20, declared the appointment of the acting President to be illegal. Director of the Zaporozhye Titanium and Magnesium Plant (ZTMK) Sergey Lubennikov and the dismissal of Vladimir Sivak from the post of director of ZTMK. This is stated in the statement of the company Group DF Dmitry Firtash.

According to the press service of Group DF, this is the second court decision, which confirmed the illegality of the change of management at the plant and numerous violations during the meeting of ZTMK participants. The meeting was initiated by the State Property Fund of Ukraine and was held on May 29, 2020.

The Central Economic Court of Appeal upheld the decision of the first court instance. On November 9, 2020, the Economic Court of Zaporizhzhya region recognized the change of management at ZTMK as illegal and canceled the actions of the registrar who had entered information about the change in the company's management in the unified state register of legal entities. The decision was made at the suit of the minority shareholder of ZTMK, Tolexis Trading Limited (part of Group DF). In turn, the SPFU did not agree with this decision and in December 2020 filed an appeal.

April 28, 2021 Kyiv City Commercial Court invalidated the order of the State Property Fund of Ukraine No. 1971 of December 7, 2020 on the privatization of the Zaporizhzhya titanium and magnesium combine.

“SPFU lost again. The change of management at ZTMK was declared illegal due to numerous procedural (procedural) violations committed by the State Property Fund during the meeting of participants, ”said Roman Chishinsky, Attorney at Law of Tolexis Trading Limited. “The State Property Fund systematically ignores the legal rights of the minority investor ZTMK. When the management was changed, the SPFU held a meeting of shareholders without even notifying Tolexis Trading Limited, the owner of 49% of the shares, about the meeting, ”he added.

ZTMK is the only titanium sponge producer in Ukraine.

51% of the company is owned by the state, 49% is owned by Group DF through Tolexis Trading Limited.

Recommended:
US Hot Rolled Coil Prices Exceed $ 1,640 /Ton
Metinvest continues implementation of a large-scale industrial project at Ingulets GOK
Construction of the Ecolant hydrogen metallurgical plant began in Russia
On this topic
Dmitry Firtash regained the right to purchase a 51% stake in the Zaporozhye Titanium and Magnesium
Zaporozhye Titanium and Magnesium Combine Demonstrated First Results of Financial Recovery Program
Trade unions demand from Zelensky to pay attention to the situation with the Zaporizhzhya
Steel production in September 2020
Minamaneho has no authority to comment on the decision to change the leadership of Naftogaz
A new lawsuit for "Gazprom": what does "Naftogaz" in the Stockholm arbitration?
Add a comment
Сomments (0)
News Analytics
Back to the future: Interpipe told how to develop the industry of Ukraine17-06-2021, 14:33
The Ministry of Energy of Ukraine will take part in the European Hydrogen Forum17-06-2021, 13:07
China will start selling metals from the state reserve to stabilize the rise in17-06-2021, 13:04
The capacity of the domestic market of rolled metal products of Ukraine17-06-2021, 11:41
Dneprospetsstal recertified production of rough railroad and locomotive axles17-06-2021, 10:21
Vaccinations fuel demand for platinum - World Platinum Investment Council08-06-2021, 12:55
Sharp price growth continues in the rolled metal market - Ukrpromvneshexpertiza08-06-2021, 11:04
Analysts note overheating of the global scrap metal market01-06-2021, 13:28
Hydrogen-fueled steelmaking could be competitive after 2050 - McKinsey19-05-2021, 14:22
Steel raw material prices are skyrocketing across the board18-05-2021, 12:34
Sign in with: