Groupe DF denied the report of the State Property Fund of Ukraine that the property of the Zaporizhzhya Titanium and Magnesium Plant was returned to the state ownership. 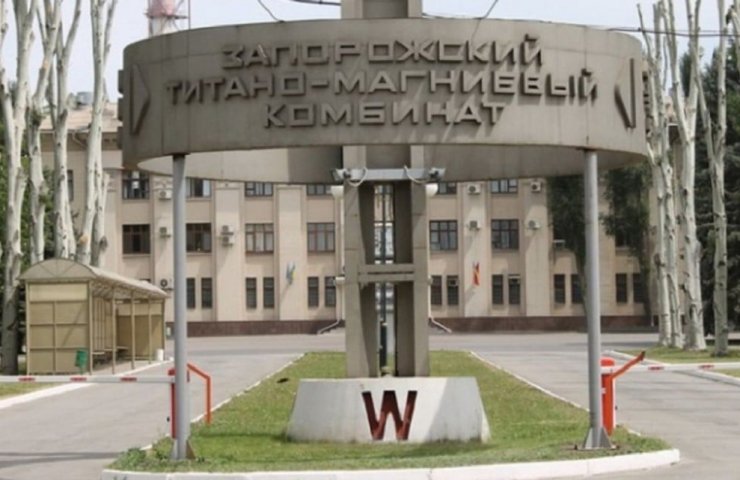 “The statement spread by the State Property Fund of Ukraine that the“ Zaporozhye Titanium and Magnesium Combine ”is being returned to the ownership of the state is not true. We consider it extremely incorrect on the part of the state institution to distort facts, deception and misinformation of journalists, "says Statement Groupe DF.

Roman Chishinsky, the lawyer of Tolexis Trading Limited, says that the decision to return the metallurgical plant to state ownership was made by the Economic Court of the Zaporozhye region - the court of first instance.

“According to the law, the decision of this court comes into force only if it is not appealed against within the time limit set by the law. Of course, we consider this decision biased and unfair and will appeal against it, "Chishinsky said.

August 4, 2021 The Economic Court of the Zaporizhzhya Region, upon the claim of the Specialized Anti-Corruption Prosecutor's Office in the interests of the state represented by the State Property Fund as a plaintiff, decided to return 49% of Zaporizhzhya Titanium and Magnesium Plant LLC, which belonged to Tolexis Trading Limited (a group DF Group companies), to the management of the State Property Fund of Ukraine.

"Thus, state ownership of the integral property complex of the enterprise has been restored," says Foundation statement .

In the message of the Fund it is said that the court established that the Tolexis Trading Limited company, after receiving in 2013 a share of the newly created ZTMK LLC, did not fulfill its obligations to provide 110 million dollars of investments in the modernization of the enterprise.

It is indicated that the enterprise was transferred to the management of management close to the investor, despite the fact that the state's share in OOO ZTMK was 51%. The designated management squandered the $ 110 million invested to pay off the previously created energy debts of SE ZTMK to creditors associated with Group DF. Later, the funds were withdrawn to the accounts of offshore companies. On the other hand, only UAH 20 million was allocated to modernize the enterprise.

“The court's decision proves that no one can profit from the state and the people of Ukraine. The return of ZTMK to state ownership will ensure further development and renewal of production, which began in 2020. In June last year, a new management was appointed at the enterprise, then we restored state control over the plant and began implementing a program of financial rehabilitation and modernization. Soon ZTMK will regain the status of the pearl of the Ukrainian metallurgy, ”commented Dmitry Sennichenko, chairman of the State Property Fund.

Финансовая аналитика, прогнозы цен на сталь, железную руду, уголь и другие сырьевые товары. More news and analytics on Metallurgprom telegram channel - subscribe to get up-to-date market information and price forecasts faster than others.
Сomments
Add a comment
Сomments (0)
On this topic
Dmitry Firtash regained the right to purchase a 51% stake in the Zaporozhye Titanium and Magnesium
The court confirmed the illegality of the change of management of the Zaporozhye titanium and
Trade unions demand from Zelensky to pay attention to the situation with the Zaporizhzhya
Zaporozhye Titanium and Magnesium Combine Demonstrated First Results of Financial Recovery Program
The Nikolaev aluminous plant announced that forced the suspension of production
Belanto Trade accused Dmitry Firtash of tarnishing the company's image to eliminate a competitor
Recommended:
TMK will develop the production of special steels
An Australian company has signed a contract with the US Department of Defense for the production of rare earth elements
The largest steel company in Austria announced its readiness to stop gas supplies from Russia
News Analytics
The Belarusian steel plant was visited by the Ambassador of Kazakhstan to06-07-2022, 17:44
US steel prices fall to December 2020 levels06-07-2022, 13:40
Interpipe mastered a new type of railway wheels for the EU market06-07-2022, 12:15
Tesla in the second quarter reduced the supply of cars by 18%04-07-2022, 10:24
Steel prices fall due to weakening European demand and problems in China04-07-2022, 10:40
High iron ore shortage could halt metallurgy's green transition28-06-2022, 14:02
Price volatility hits global steel market27-06-2022, 19:28
Recovery in China could be key to rising global steel prices - MEPS24-06-2022, 14:00
Conflict in Ukraine spurs Europe's drive for clean energy03-06-2022, 12:14
US steel market sentiment becomes more price neutral05-05-2022, 10:15
Sign in with: