The plant has paid off wage arrears, restored rhythmic production and sales of products. 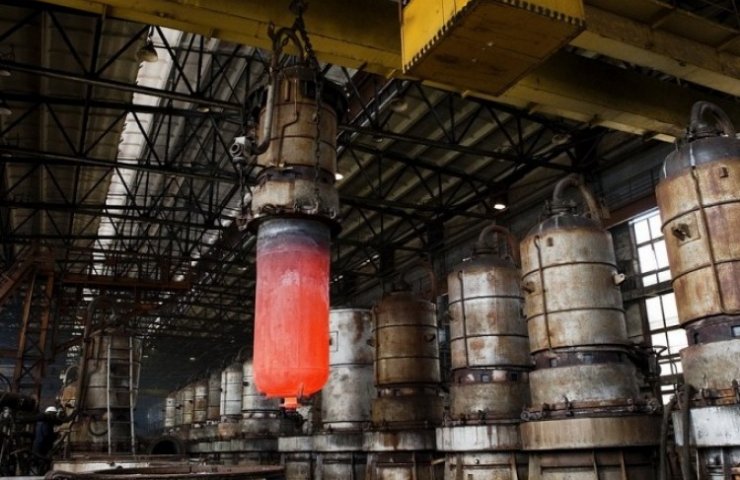 Zaporozhye Titanium and Magnesium Plant LLC, whose state share is managed by the State Property Fund of Ukraine, has been operating since December 2020 without delays in the payment of wages. At the same time, at the end of January 2021, ZTMK LLC switched to purchasing electricity from NNEGC Energoatom at the Ukrainian energy exchange, which is a factor in reducing the cost of production at the plant and part of a financial recovery plan.

Full settlement of salary debts and contracts concluded with NAEK Energoatom are part of the financial recovery program of ZTMK LLC, developed by the new management of the enterprise, told in the press service of the State Property Fund of Ukraine.

The restoration of the production potential of ZTMK LLC, the impossibility of returning the plant to the practice of non-payment by the enterprise of the state sector of the economy for electricity are the priorities of the policy of the State Property Fund in the field of corporate governance. In accordance with the program of financial rehabilitation and modernization of LLC ZTMK, it is envisaged to commission new equipment in the second and third quarters of 2021, which will increase production volumes and reach the break-even level.

“ZTMK gradually began to emerge from the crisis. The plant paid off its wage arrears, restored rhythmic production and sales of products, which makes it possible to pay wages on time and in full. Full implementation of the ZTMK financial recovery program will allow the plant to become one of the drivers of economic growth in the Zaporizhzhya region, "the press service of the State Property Fund of Ukraine noted.

Recommended:
Ukrzaliznytsia plans to renovate more than 500 level crossings in 2021
Interpipe and DTEK signed agreements with the UAE State Investment Fund
China intends to tighten control over strategic mineral resources
On this topic
Energoatom accused VostGOK of short supply of uranium concentrate for 700 million hryvnia
Uranium problems: Ukraine may lose its own production
Trade unions demand from Zelensky to pay attention to the situation with the Zaporizhzhya
Pavlisin: Energoatom may face a shortage of funds for payment of taxes and salaries
Minister Ariel presented to the staff of SE NNEGC "Energoatom" the new head
Energoatom appealed to the AMC with a complaint of possible manipulation in the supply of
Add a comment
Сomments (0)
News Analytics
Coronavirus drove Belgian skiers to the slopes of the Charleroi waste heap07-03-2021, 13:52
US Steel focuses on the production of nanosteel for high-strength alloys07-03-2021, 13:46
Poland could lead the race in hydrogen steel technology07-03-2021, 11:29
US Senate Adopts $ 1.9 Trillion Stimulus Package06-03-2021, 23:54
Tibet invests about $ 30 billion in infrastructure projects in 5 years06-03-2021, 14:39
Spread between raw materials and high strength alloy steel in Europe increased01-03-2021, 20:21
Increase in prices is forecasted in the markets of steel raw materials -26-02-2021, 09:25
Troy ounce of gold will drop $ 500 in two years - Fitch25-02-2021, 18:29
Global iron ore production growth to outstrip cumulative production in India23-02-2021, 10:22
Fitch Ratings Warns of “Shocking Impact” on Fossil Fuel Exporters18-02-2021, 14:44
Sign in with: