Tens of thousands of jobs in the Ukrainian metallurgy under the threat of reduction - A. Kalenkov

And not only in metallurgy, but in related and service industries. Cargoes of metallurgists and miners account for more than 40% of the cargo of Ukrzaliznytsya and more than 45% of cargo of the seaports of Ukraine. 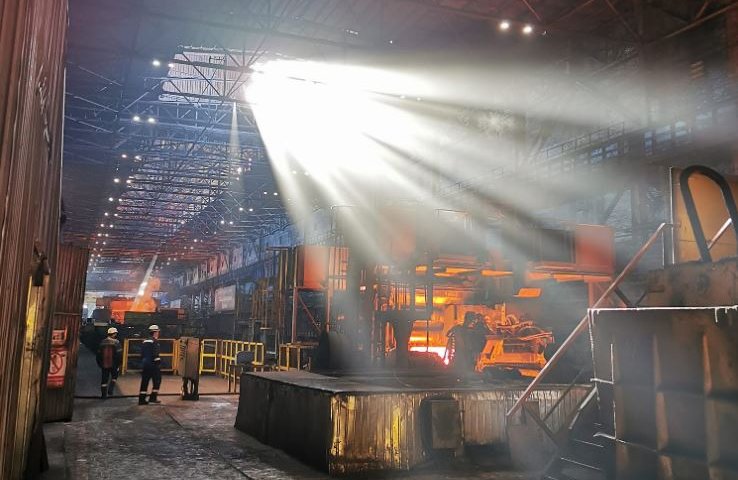 An unjustified increase in the tariff for electricity transmission will lead to the loss of thousands of jobs next year, said the president of Ukrmetallurgprom, Oleksandr Kalenkov.

Below is his entire blog post on the site of Interfax-Ukraine:

This year has become one of the most difficult for Ukraine. The industry fell by more than 7%, losses in nine months - over 100 billion hryvnia. Farmers complain about crop failure. The energy market is in chaos with billions of dollars in debt. But there are objective reasons for the decline in industry and a poor harvest - the coronavirus pandemic and dry summer. But in the chaos and debts in the energy market, the negligence of specific people is to blame. Namely, the members of the National Commission for State Regulation of Energy and Utilities, instead of regulating the market, they allowed speculators to earn billions of hryvnia on it. And now they are trying to rectify the situation with another increase in the tariff for electricity transmission.

The previous increase in electricity tariffs, more than half, was only six months ago - in July. Then we honestly said: this is the maximum increase that the industry can survive. But we were not heard. And starting from December 1, the price will rise by another 30%.

Moreover: in the summer of this year, the Verkhovna Rada adopted a law which states that debts to "green energy" will be covered by issuing government bonds. The same law says: in 2021, the budget will stipulate that at least 20% of the cost of green energy will be covered by the budget. And it is right. From the point of view of economic logic, each hryvnia that is now withdrawn from the industry in the form of increased tariffs will lead to an order of magnitude more shortfall in the budget. This is clearly seen in metallurgy, which covers about 60% of the electricity consumption of the entire industry.

In a crisis, the industry is fighting for every hryvnia of cost. The decision that NEURC is now making is additional billions of hryvnias that the Ukrainian industry will have to pay. Our products will become uncompetitive, tens of thousands of jobs will be threatened with loss. And not only in metallurgy, but in related and service industries. Cargoes of metallurgists and miners account for more than 40% of the cargo of Ukrzaliznytsya and more than 45% of cargo of the seaports of Ukraine.

The decision that NEURC is making now is economically unjustified and will lead to the fact that we will lose jobs next year.

Recommended:
European Steel Association expects improvement in steel demand in Europe by 13.3%
The window of opportunity is open - State Service of Geology and Subsoil of Ukraine
The National Bank of Ukraine decided to "green up" the country's financial system
On this topic
In "Ukrmetallurgprom" told how to reduce the tariff for electricity transmission
Ukrmetallurgprom announced a possible collapse of the Ukrainian economy
INTERPIPE Steel urges the Cabinet and the national Commission not to increase the tariff for
How the reform of the electricity market in Ukraine can lead to a collapse and what to do about it
The tax claims to metallurgists for transactions with scrap metal is absurd – the President
Stopped nuclear power plants and mines. What's going on in the energy sector of Ukraine?
Add a comment
Сomments (0)
News Analytics
Coronavirus drove Belgian skiers to the slopes of the Charleroi waste heap07-03-2021, 13:52
US Steel focuses on the production of nanosteel for high-strength alloys07-03-2021, 13:46
Poland could lead the race in hydrogen steel technology07-03-2021, 11:29
US Senate Adopts $ 1.9 Trillion Stimulus Package06-03-2021, 23:54
Tibet invests about $ 30 billion in infrastructure projects in 5 years06-03-2021, 14:39
Spread between raw materials and high strength alloy steel in Europe increased01-03-2021, 20:21
Increase in prices is forecasted in the markets of steel raw materials -26-02-2021, 09:25
Troy ounce of gold will drop $ 500 in two years - Fitch25-02-2021, 18:29
Global iron ore production growth to outstrip cumulative production in India23-02-2021, 10:22
Fitch Ratings Warns of “Shocking Impact” on Fossil Fuel Exporters18-02-2021, 14:44
Sign in with: