November demand for passenger cars in Ukraine collapsed by 17%

For 11 months of 2020, consumer sentiment in the Ukrainian car market decreased by 5% 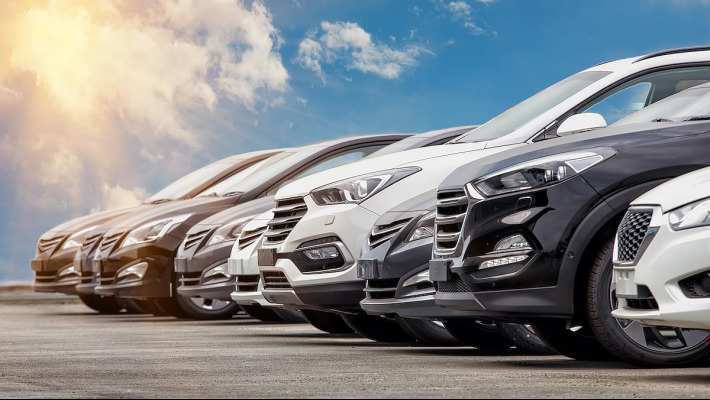 Last month, Ukrainian citizens purchased and registered 7.1 thousand new passenger cars. As a result, in annual terms, this segment of the automotive market decreased by almost 17%, according to Ukravtoprom .

Compared to the previous month (October), the demand for new cars fell by 16 percent.

RENAULT has again become the most popular brand on the new passenger car market. Within a month, 1173 cars of this French brand were added to the Ukrainian vehicle fleet. However, this is one third less than the Renault figure a year ago.

TOYOTA is on the second place, cars of which were chosen by 1136 motorists, which is 9% less than the result of November 2019.

KIA has the third position, this brand has 509 registration numbers (-32%).

In fourth place is SKODA, which reduced its November sales by 7% to 492 units.

The sixth result was shown by two brands at once - VOLKSWAGEN and PEUGEOT, in the standings of which there were 289 registered cars. At the same time, compared to November last year, the German brand lost 50% of sales, while the French, on the contrary, showed an increase of 12 percent.

Since the beginning of the year, 75.6 thousand new passenger cars have received their first registration numbers in Ukraine, which is almost 5% less than in the same period last year.

Recommended:
NUST MISIS Scientists Increased Strength of Metals for Mechanical Engineering
The situation with coal reserves in the warehouses of Ukrainian thermal power plants remains critical
PolyMet wins Minnesota court ruling on $ 1 billion mine
On this topic
Sales of new cars in Ukraine declined in may to 15 percent
Sales of new cars in Ukraine in March has decreased on 15%
Sales of new cars in Ukraine in February increased by 21%
Ukrautoprom called the TOP 10 brands lehovich cars on the Ukrainian market in 2019
Demand for new cars is falling in Ukraine
The demand for passenger cars in Ukraine increased by 25%
Add a comment
Сomments (0)
News Analytics
Georgia's economy shrinks by 11.5% in January26-02-2021, 21:21
Ukraine retained its position in the world ranking of steel producers and rose26-02-2021, 15:52
ArcelorMittal has raised prices for galvanizing for the European market to 90026-02-2021, 13:23
The European Commission initiated a new investigation on steel imports to26-02-2021, 13:22
A rally of workers of the stopped shipyard was held in Mariupol26-02-2021, 12:34
Increase in prices is forecasted in the markets of steel raw materials -26-02-2021, 09:25
Troy ounce of gold will drop $ 500 in two years - Fitch25-02-2021, 18:29
Global iron ore production growth to outstrip cumulative production in India23-02-2021, 10:22
Fitch Ratings Warns of “Shocking Impact” on Fossil Fuel Exporters18-02-2021, 14:44
Raw material prices rise by about 10.5% in January 2021 - Deutsche Industriebank12-02-2021, 10:48
Sign in with: