Over the year, the Ukrainian market of new passenger cars decreased by only three percent

At the end of the year, RENAULT won the first place in the rating of brands on the new passenger car market - 14360 cars of which received their first registration numbers. The bestseller of the year was the Toyota RAV-4 with 5689 registrations. 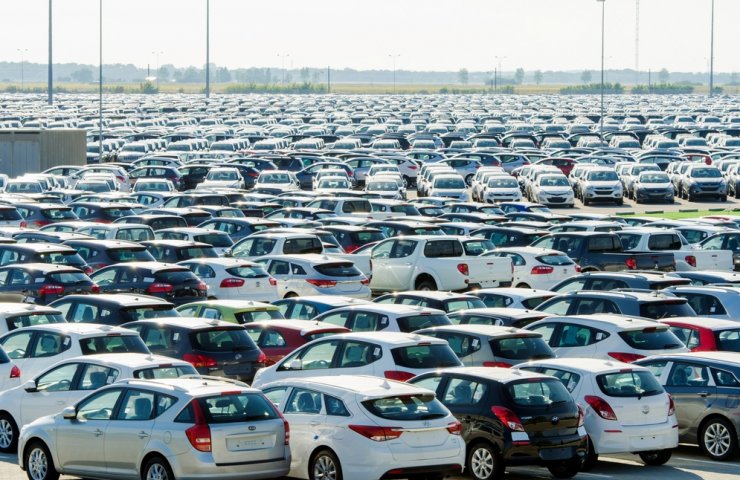 Compared to other European markets, the fall in car sales in Ukraine does not look so dramatic. However, the reason for this is the extremely low consumer activity in the new car market, which developed even before the COVID-19 pandemic, caused both by the fall in the purchasing power of the population focused on the segment of inexpensive cars, and by the policy of liberalizing the import of used cars, which radically changed the structure of demand in the Ukrainian car market. .

At the end of the year, RENAULT won the first place in the rating of brands in the new passenger car market - 14360 cars of which received their first registration numbers, which is 2% less than in 2019. The best-selling model of this French brand was Renault Duster - 5534 registrations in twelve months.

TOYOTA ranks second, with car sales up 6% year on year to 13,315 units. The most popular car of the brand was the compact crossover Toyota RAV-4 with 5689 registrations.

The fourth place was given by Ukrainians to SKODA having acquired 5061 cars of this brand, which is 19% less than in the previous year. The best selling in the Skoda lineup was the Octavia - 1,855 units.

Toyota RAV-4 became the bestseller of the year with 5689 registrations.

Recommended:
Ukrainian consumers increased purchases of rolled metal products by 4.4% in 2020
In Kamchatka, the bodies of two miners of the Asachinsky gold deposit were found
The government of Ukraine canceled the preferential 100 kW /h in the calculation of tariffs for the population
On this topic
World steel production in November increased by 6.6%
World steel production up 0.6% in August - WorldSteel
Sales of new cars in Ukraine in March has decreased on 15%
Ukrautoprom called the TOP 10 brands lehovich cars on the Ukrainian market in 2019
Demand for new cars is falling in Ukraine
The demand for passenger cars in Ukraine increased by 25%
Add a comment
Сomments (0)
News Analytics
In 2021, Ukrzaliznytsia plans to repair more than 300 locomotives for UAH 426-01-2021, 15:30
Ukraine has enough "metals of the future" for the development of innovative26-01-2021, 14:40
High-speed railway line will connect the south of Kazakhstan and the capital of26-01-2021, 14:27
In 2021, an analogue of the US Department of Defense Research Projects Office26-01-2021, 11:24
Turkey plans to produce 100 tons of gold annually26-01-2021, 11:15
China will overtake the United States to become the world's largest economy in27-12-2020, 12:04
The shortage in the US steel market will last at least until the end of the25-12-2020, 11:36
Steel production in China to surpass one billion tons this year23-12-2020, 10:59
Iron ore prices hit seven-year high and continue to rise15-12-2020, 10:26
Prices for metallurgical raw materials continue to rise in regional markets10-12-2020, 11:32
Sign in with: