Chinese investors demand from the state of Ukraine $ 3.5 billion in compensation

Chinese investors of Motor Sich PJSC have applied to international arbitration against the state of Ukraine with a demand to pay them $ 3.5 billion under an intergovernmental agreement on mutual protection of investments. 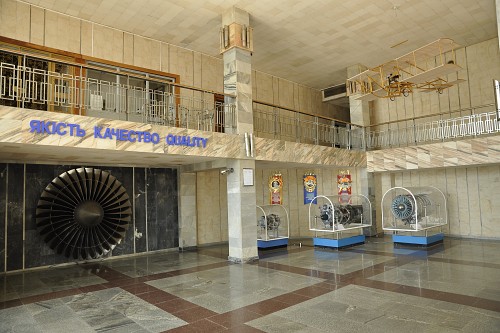 On December 5, 2020, Chinese investors of Motor Sich PJSC sent the Ukrainian government an appeal to international arbitration against the state of Ukraine, in accordance with the Agreement between the Government of Ukraine and the Government of the PRC on the encouragement and mutual protection of investments. This is stated in a message for the media published on the website of the DCH group of Alexander Yaroslavsky.

Let us remind you that Chinese investors acquired shares of a private enterprise Motor Sich back in 2016 and managed to invest over $ 100 million in it. Nevertheless, the actual management of the enterprise today is still carried out by the former owner of the enterprise Vyacheslav Boguslaev and the management under his control.

“Over the past four years, they have not been able to exercise their rights as shareholders due to the actions of the Ukrainian authorities that violate the bilateral Ukrainian-Chinese Agreement on the Encouragement and Reciprocal Protection of Investments of December 31, 1992, and do not see the prospect of an honest solution to the issue in Ukrainian legal field ", - told at DCH.

The interests of Chinese investors in Ukraine will be protected by eminent international law firms WilmerHale, DLA Piper and Bird & Bird, which employs the authors of the fundamental principles of investor protection, which form the basis of many relevant interstate agreements. In addition, one of the partners of DLA Piper is now Doug Emhoff, husband of Kamala Harris, who is to be sworn in as US Vice President on January 20.

Chinese investors are still unable to exercise their rights, since a number of similar arrests have been imposed on the company's shares at the initiative of the SBU and the GPU, and the Antimonopoly Committee systematically refuses to consider applications for concentration. The investigation of the case initiated by the SBU has not been conducted all these years, there are no suspects or explanations on it. Attempts by various Motor Sich shareholders to challenge the seizure of shares in Ukrainian courts also did not yield any results, shareholders' meetings were not held for 3 years, dividends are not paid, and the shareholders are deprived of the opportunity to participate in management.

PJSC "Motor Sich" is one of the world's leading enterprises in the production of aircraft engines for aircraft and helicopters, as well as industrial gas turbine units.

The history of the company began in 1907 and has more than 100 years of history. The company produces reliable aircraft engines and gas turbine units that are competitive in the world market. The company's products are used on airplanes and helicopters for various purposes in more than 100 countries around the world.

According to preliminary data, the net profit of Motor Sich PJSC for 9 months of 2020 before tax amounted to UAH 926.5 million (cumulative total) due to the fulfillment of contractual obligations for the supply of aircraft engines, the deadlines for which were shifted, taking into account the quarantine restrictions in February-March 2020 related to the pandemic.

Recommended:
Chinese researchers develop soft robot for deep sea exploration
DMZ actively produced coke and pig iron in January, reducing the production of steel and rolled products
Turkey is developing a hybrid rocket to fly to the moon for the 100th anniversary of the republic
On this topic
Alexander Yaroslavsky called for an end to the violation of the rights of Chinese investors in
The Antimonopoly Committee of Ukraine returned to DCH a package of documents on Motor Sich PJSC
The Dnieper metallurgical plant restarts steelmaking
Chinese technology company ZTE Corporation was the first business resident in the "Ekopolis HTZ"
Oleksandr Yaroslavsky, intends to invest in Ukrainian roads $ 300 million
CB "South" was visited by a delegation from China
Add a comment
Сomments (0)
News Analytics
Bosch launches automotive chip plant in Dresden08-03-2021, 13:45
Eurozone investor morale at its highest rise in 12 months08-03-2021, 12:30
Port on the coast of Pilbara in Australia stops shipments of iron ore due to08-03-2021, 11:14
Coronavirus drove Belgian skiers to the slopes of the Charleroi waste heap07-03-2021, 13:52
US Steel focuses on the production of nanosteel for high-strength alloys07-03-2021, 13:46
Spread between raw materials and high strength alloy steel in Europe increased01-03-2021, 20:21
Increase in prices is forecasted in the markets of steel raw materials -26-02-2021, 09:25
Troy ounce of gold will drop $ 500 in two years - Fitch25-02-2021, 18:29
Global iron ore production growth to outstrip cumulative production in India23-02-2021, 10:22
Fitch Ratings Warns of “Shocking Impact” on Fossil Fuel Exporters18-02-2021, 14:44
Sign in with: