The Agency is being transformed into a key cross-sectoral body responsible for the implementation of the state green transition policy in the context of the country's participation in the EU Green Deal. 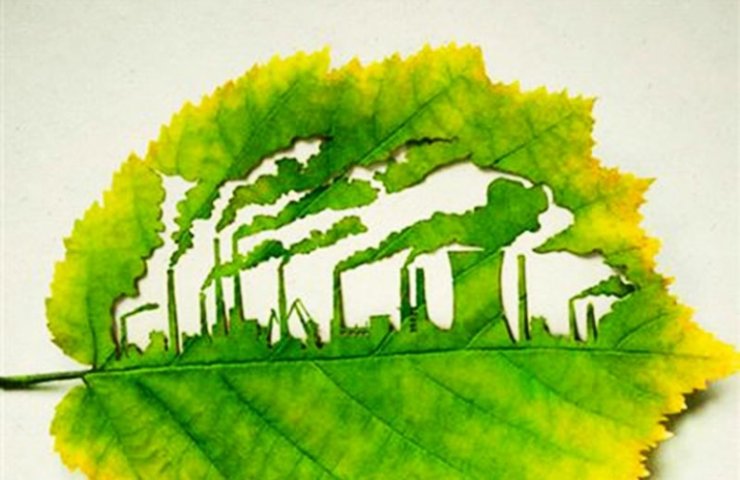 Low-carbon development is one of the important areas of cooperation between Ukraine and Germany. This was discussed during the Ukrainian-German intergovernmental talks on cooperation, reports the State Energy Efficiency Agency.

Olga Stefanishina, Vice Prime Minister for European and Euro-Atlantic Integration of Ukraine, and Maria Flaksbart, Parliamentary State Secretary of the Federal Ministry for Economic Cooperation and Development of Germany, took part in the opening ceremony.

Deputy Energy Minister for European Integration Yaroslav Demchenkov drew attention to the fact that Ukraine is consistent in creating conditions for the transition to a low-carbon economy, and outlined the current state of cooperation between the two states in the energy sector.

In turn, Konstantin Gura, acting Chairman of the State Energy Efficiency Committee, noted the priority of Ukraine's "green" transition, given the ambitious plans of the EU for decarbonization.

“Given the need for urgent action, we are working to enhance the functional capacity of State Energy Efficiency. The agency is being transformed into a key cross-sectoral body responsible for the implementation of the state policy of the “green” transition in the context of the country's participation in the EU Green Deal, "Gura said.

At the same time, K. Goura assured that on the path of low-carbon development Germany is Ukraine's strategic partner and an exemplary example of successful implementation of reforms, tools and incentives.

In this context, Ukraine receives moral support from the German government, in particular through the activities of the projects of the German Society for International Cooperation (GIZ) aimed at implementing energy efficient policies. Also, State Energy Efficiency works closely with the Foundation. F. Ebert, Foundation. G. Belle, DENA.

The partnership between Ukraine and Germany is based on the implementation of key EU directives, legislative changes and initiatives for the implementation of energy management systems at the municipal level, in budgetary institutions and industry, energy audits, green bond market development, training of energy auditors, analysis of the prospects for hydrogen energy and much more , the agency said.

In particular, the State Energy Efficiency, together with the Ministry of Energy and international partners, finalized the basic draft law "On Energy Efficiency", prepared a draft National Energy Efficiency Action Plan for the period up to 2030, developed the concept of a 5-year energy efficiency program, draft laws for the restoration of ESCO purchases, launch of the Decarbonization Fund, etc.

Earlier today reported that the association "Ukrmetallurgprom " asked Ukrainian officials to return to reality in matters of "green " transition and decarbonization of the economy.

Recommended:
State Geological Survey of Ukraine is establishing cooperation with the uranium mining enterprise of the country
ArcelorMittal Kryvyi Rih insists on a transparent mechanism for resolving tax disputes out of court
Automotive production in Ukraine began the year with a fall of 29%
On this topic
Ukraine calls on Spanish energy companies to cooperate on decarbonizing the economy
Ukraine expects difficult negotiations on trade in metal products as part of the renewal of the
Ukraine is a priority partner in the implementation of the European hydrogen strategy
European Commission: Ukraine should continue investing in renewable energy
Stopped nuclear power plants and mines. What's going on in the energy sector of Ukraine?
Ukraine is interested in import of electricity from Belarus Alexey Orzhel
Add a comment
Сomments (0)
News Analytics
Georgia's economy shrinks by 11.5% in January26-02-2021, 21:21
Ukraine retained its position in the world ranking of steel producers and rose26-02-2021, 15:52
ArcelorMittal has raised prices for galvanizing for the European market to 90026-02-2021, 13:23
The European Commission initiated a new investigation on steel imports to26-02-2021, 13:22
A rally of workers of the stopped shipyard was held in Mariupol26-02-2021, 12:34
Increase in prices is forecasted in the markets of steel raw materials -26-02-2021, 09:25
Troy ounce of gold will drop $ 500 in two years - Fitch25-02-2021, 18:29
Global iron ore production growth to outstrip cumulative production in India23-02-2021, 10:22
Fitch Ratings Warns of “Shocking Impact” on Fossil Fuel Exporters18-02-2021, 14:44
Raw material prices rise by about 10.5% in January 2021 - Deutsche Industriebank12-02-2021, 10:48
Sign in with: