New types of high-strength steel used in the bodies of modern cars have become a real test for rescue teams, who previously opened cars made of ordinary steel in an accident. 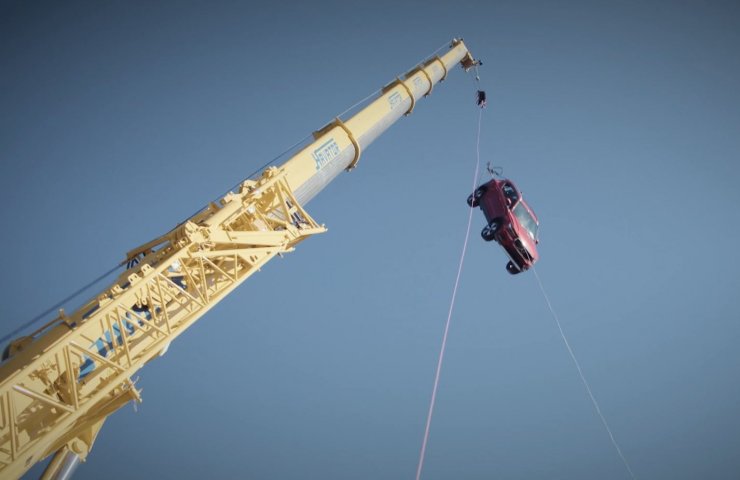 The video provided by Volvo Cars shows the most extreme crash test ever carried out by the company. Evacuation professionals often use cars crashed at Volvo Cars Safety Center to hone their lifesaving skills.

For the first time ever, for the first time in history, the company's specialists have dropped several new Volvo from a crane from a height of 30 meters so that the rescue services can prepare for any possible accident scenario.

This approach helped to create enough damage to adequately mimic the defects of the steel hull, obtained in the most extreme accident scenarios.

In such situations, people in the car are likely to be in critical condition. Therefore, the priority is to get people to the hospital as soon as possible using hydraulic rescue tools known in the industry as the "jaws of life".

Evacuation specialists often talk about the golden hour: they need to be released and taken to the hospital within an hour of the accident.

All accident data and evacuation results will be collected in an extensive research report. This report will be made available for free use by rescuers in other locations, allowing them to benefit from the results and develop their ability to save lives.

Rescuers usually find their training vehicles in landfills. But in terms of steel strength, roll cage construction, and overall durability, there is a huge difference between modern cars and those built fifteen to twenty years ago. And the new Volvo is made of high-strength steel that behaves differently than before.

This makes it imperative for rescuers to continually update their knowledge of new vehicle models and revise their processes to develop new evacuation methods. In other words, this workout can mean the difference between life and death. Therefore, at the request of rescue services, Volvo Cars decided to go even further.

“Usually we only break cars in the laboratory, but this is the first time we threw them off the crane,” says Hokan Gustafson. “We knew we would see extreme deformations after the test, and we did this to give the rescue team a real challenge.”

In total, ten Volvo cars of various models were dropped from the crane several times. Before the fall, Volvo Cars' safety engineers made precise calculations of how much pressure and force each car must withstand to achieve the desired level of damage.