The staff of the plant asks to pay attention to the problems of the Ukrainian automotive industry, since it is a significant source of income for the state budget and ranks third in the structure of Ukrainian exports abroad. 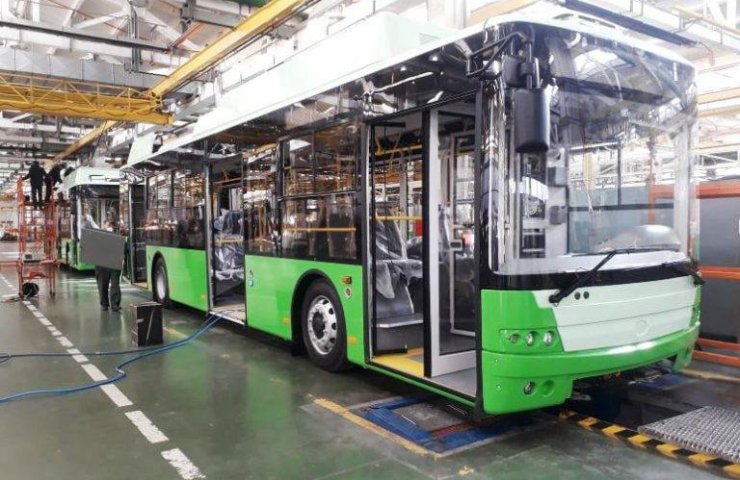 The labor collective of the subsidiary company "Auto Assembly Plant No. 1" of the Public Joint Stock Company "Automobile Company" Bogdan Motors "wrote a letter to the Chairman of the Verkhovna Rada of Ukraine Dmitry Razumkov, urging the deputies to reconsider the position on the draft law on optimization of import duty rates, sent according initiators of the liberalization of tax legislation in relation to passenger buses.

The team of the State Enterprise "Auto Assembly Plant No. 1" of JSC "AK" Bogdan Motors "noted that the optimization of import duty rates in relation to commodity items UKT VED 8702 - 8705, which is proposed as a liberalization of customs legislation, will save the national automobile industry one of the last factors of investment attractiveness.

The reduction in import duties will lead to an increase in the share of imported new and used buses, predicts in Bogdan Motors. The shortage of orders in Ukraine will lead to a decrease in the utilization of production capacities, which in turn leads to a reduction in jobs at Ukrainian enterprises and an outflow of qualified workers, in particular engineers and designers, abroad. This trend harms the domestic engineering industry and the Ukrainian economy, the auto corporation stressed.

Employees of the Lutsk Automobile Plant noted that their enterprise is the largest not only in Volyn, but throughout Ukraine for the production of modern buses, trolley buses and electric buses. The plant has more than 60 years of history, but thanks to the investments of the Bogdan corporation in the amount of more than $ 150 million, it became possible to build a modern European plant. These investments were made in the construction of new workshops and the purchase of modern equipment, so today the plant's capacity can produce up to 2,200 units of equipment per year, and after the complete reconstruction, it will be able to produce 6,000 buses, trolley buses and electric buses per year.

Auto builders expressed the hope that the people's representatives, with their balanced position, will help to save jobs and prevent the destruction of domestic auto production. The workforce of the enterprise noted the inadmissibility of purchasing decommissioned public transport from Europe, as well as buses and trolleybuses produced in other countries for public funds without localization in the country, as this is a direct threat to Ukrainian manufacturers, which already survive in difficult conditions.