The company "Philip Morris " will soon submit an application to international arbitration in the case of a fine for the AMCU of 1.2 billion hryvnia. 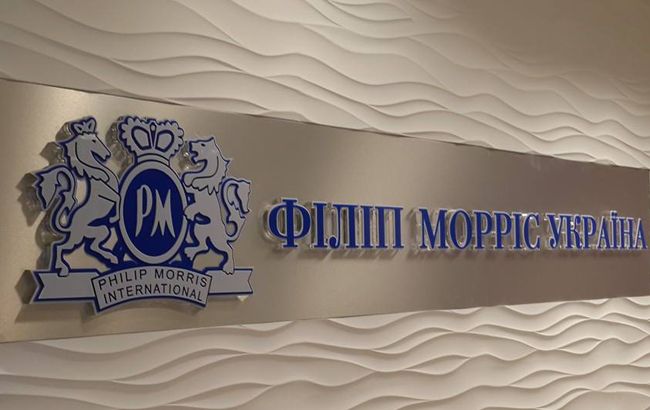 The company "Philip Morris Ukraine ", a large tobacco manufacturer, will soon submit an application to the International Center for the Settlement of Investment Disputes in Washington in response to the decision of the Antimonopoly Committee of Ukraine (AMCU) on a fine of 1.2 billion hryvnia.

"Several years ago, the Antimonopoly Committee issued permits for the concentration of the company, which practically " swallowed "the entire distribution in the tobacco market. We actually had no choice with whom to work with. What happened next? After a while, the same Antimonopoly Committee said that it was we, the producers, who were to blame for the "establishment of a monopoly " and issued a huge fine to the producers, "said the company's CEO Kostas Salvaras in an interview with the Interfax-Ukraine agency.

According to him, back in February, the company filed a notification to the Ministry of Justice about the violation by the state of Ukraine of a number of obligations under investment protection treaties. "The state has expired a six-month period for the peaceful settlement of the dispute, and we have the right to initiate arbitration proceedings directly, " Salvaras specified.

"At the moment we have already prepared an application to the International Center for the Settlement of Investment Disputes in Washington. We will submit an application shortly. We believe that we have a high chance of winning. When we win, we will be able to demand from the state not only to return the fine we paid, but also to compensate our costs for lawyers, "said the CEO of " Philip Morris Ukraine ".

As reported, the AMCU in October 2019 imposed a fine of 6.5 billion hryvnia for anti-competitive concerted actions on four tobacco manufacturers and distributor of Tedis Ukraine cigarettes.

Later, "Philip Morris Ukraine " paid a fine to the AMCU in the total amount of more than UAH 1.18 billion in order to avoid the accrual of penalties.

Previously it was reported that Chinese investors of Motor Sich PJSC filed a claim to international arbitration for $ 3.5 billion, demanding compensation from the state of Ukraine in accordance with the Agreement between the Government of Ukraine and the Government of the PRC on the encouragement and mutual protection of investments.

Recommended:
Automotive production in Ukraine began the year with a fall of 29%
Ukrzaliznytsia plans to renovate more than 500 level crossings in 2021
IMF wants more progress from Ukraine on new tranche
On this topic
The Antimonopoly Committee of Ukraine fined Interpipe for abuse of monopoly position
AMCU allowed Agimant Limited Tigipko to buy "Dneprometiz "
Ukrzaliznytsia insists that took into account the recommendations of the Antimonopoly Committee in
Railways have not implemented the recommendations of the Antimonopoly Committee, the statement of
Metinvest has completed the acquisition of approximately 73% of the shares DCHS
After the decision of the Antimonopoly Committee in Ukraine began to get cheaper petrol
Add a comment
Сomments (0)
News Analytics
Bosch launches automotive chip plant in Dresden08-03-2021, 13:45
Eurozone investor morale at its highest rise in 12 months08-03-2021, 12:30
Port on the coast of Pilbara in Australia stops shipments of iron ore due to08-03-2021, 11:14
Coronavirus drove Belgian skiers to the slopes of the Charleroi waste heap07-03-2021, 13:52
US Steel focuses on the production of nanosteel for high-strength alloys07-03-2021, 13:46
Spread between raw materials and high strength alloy steel in Europe increased01-03-2021, 20:21
Increase in prices is forecasted in the markets of steel raw materials -26-02-2021, 09:25
Troy ounce of gold will drop $ 500 in two years - Fitch25-02-2021, 18:29
Global iron ore production growth to outstrip cumulative production in India23-02-2021, 10:22
Fitch Ratings Warns of “Shocking Impact” on Fossil Fuel Exporters18-02-2021, 14:44
Sign in with: