In recent years, the United States has become highly dependent on countries like China for the supply of metals and minerals needed for electric vehicles and other advanced technologies. 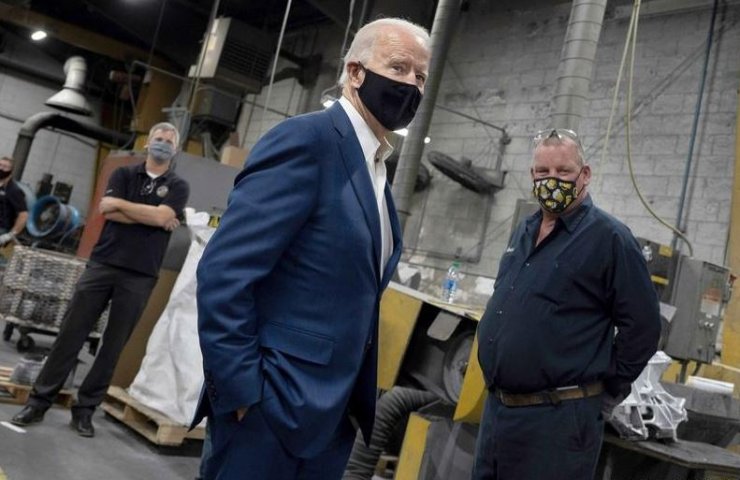 Joe Biden's new administration will face serious economic problems in the US, said Kevin L. Kearns, president of the US Business and Industry Council (USBIC). Among them are a large number of Americans who have been left without work due to the COVID-19 pandemic. In response, the president-elect should immediately begin his Build Back Better program upon taking office to bolster America's industrial base.

In the first months of the coronavirus recession, the US industry lost 1.4 million jobs and had restored only about half by October. The downturn hit America's workforce hard, as for every manufacturing job, there are roughly seven other jobs in the economy.

President-elect Biden appears poised to respond to the concerns of American manufacturers and their workers. He has already promised to conclude government contracts only with domestic manufacturers, explaining: “From cars to our stocks, we are going to buy American ones.”

That would be a good start. However, his "Build Back Better" plan also proposes to create 1 million new jobs in the auto industry through large-scale investments in the American electric vehicle (EV) industry. To achieve this goal, his administration will have to tackle a major problem.

In recent years, the United States has become highly dependent on countries like China for the supply of metals and minerals needed for electric vehicles and other advanced technologies. In fact, China is currently the main supplier of 23 metals and minerals critical to US national security. Electric vehicles and their batteries require a wide range of these key metals and minerals. Beijing is using them to take the lead in the EV race. 107 mega lithium-ion battery factories will soon appear in China. In contrast, there are only nine in development in the US.

However, the problem is broader than just electric vehicles or batteries. Wind turbines require rare earth elements such as neodymium and dysprosium, as well as aluminum, zinc, copper and molybdenum. And solar panels use a lot of cadmium, tellurium, gallium, selenium and silver.

Ramping up the production of electric vehicles and renewable energy systems will require massive new supplies of metals and minerals. While US mineral reserves are estimated at $ 6.2 trillion, Washington has long pursued policies that pushed mining investment abroad. As a result, America's dependence on imported minerals has nearly doubled over the past two decades.

“It's time for the United States to start ramping up production of its vast mineral reserves. Rather than relying more on China's mining operations, which is a major source of pollution, Washington should encourage domestic mining in line with leading global environmental and labor standards. Closing eyes to China's pollution, labor abuse and human rights violations can no longer be tolerated.

To succeed in the clean energy revolution, Washington must commit to rebuilding domestic mining and processing. American companies can simultaneously extract critical minerals and be good environmentalists. As bipartisan support has already rallied around re-entrenchment, it's time to bring back the supply chains that affect every aspect of our economic and national security, ”notes Kevin L. Kerns.