The Zaporozhye Ferroalloy Plant explained why they decided to mine cryptocurrency

The main reason for cryptocurrency mining on the territory of the Zaporozhye Ferroalloy Plant was the lack of sufficient sales volumes of ferroalloys. 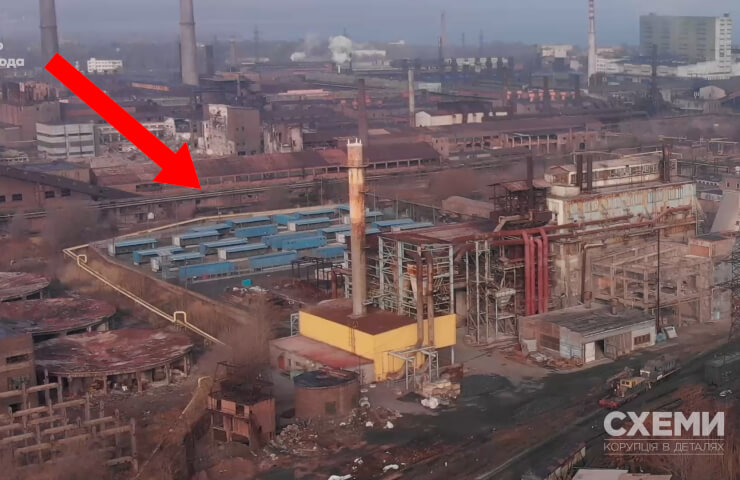 As the chairman of the board of the Zaporozhye Ferroalloy Plant Pavel Kravchenko explained to reporters, the enterprise decided to engage in the extraction of electronic currency in order to be able to earn money at a time when there is no sale of the main products.

“This is like a fallback, because the period that we have experienced, when it works or does not work, then one workshop, then another; we can sell, we cannot sell, ”said the top manager.

At the same time, Kravchenko said that they are not yet mining cryptocurrency at the plant, because they have not configured all the equipment.

According to the data released on the eve of the investigation of the Scheme program, at the beginning of this year the plant imported equipment for mining and auxiliary structures for it for a total of 743 million hryvnia.

“If you take all the imported equipment, turn it on at full capacity, and it will work 24 hours a day, 7 days a week, this can bring the Zaporizhzhya plant about 80 bitcoins a month. Today it is more than $ 4 million, "- noted the journalists of" Schem ".

They recalled that the feasibility of crypto mining strongly depends on electricity prices, and the United Energy trader controlled by Igor Kolomoisky is a large buyer of electricity from the operator of nuclear power plants (NPP) of Ukraine, NNEGC Energoatom.

Zaporozhye Ferroalloy Plant is one of three Ukrainian producers. The share of the domestic market in its supplies is 30-35%. Products are exported to the CIS countries, the European Union, Asia, Africa. The crypto farm at this plant became the third one that journalists found at Igor Kolomoisky. In December 2020, journalists found a cryptocurrency farm at the steel plant of the Ukrainian oligarch in the American Kentucky, and in February of this year, another mining farm was discovered at the Kolomoisky plant in Georgia.

Recall that problems with the sale of ferroalloys in early autumn led to a partial shutdown of another large producer - Nikopol Ferroalloy Plant. Enterprise managed to restart only in the end of November. The plant is controlled by the EastOne group, created in the fall of 2007 as a result of the restructuring of the Interpipe group of Viktor Pinchuk, as well as the Privat group of Igor Kolomoisky.

With the onset of the crisis on the ferroalloy market, the Ukrainian Association of Ferroalloy Producers (UkrFA) appealed to government agencies with a proposal to introduce special duties on imports of ferroalloys from the Russian Federation due to uncompetitive conditions and damage to domestic producers.

Финансовая аналитика, прогнозы цен на сталь, железную руду, уголь и другие сырьевые товары. More news and analytics on Metallurgprom telegram channel - subscribe to get up-to-date market information and price forecasts faster than others.
Сomments
Add a comment
Сomments (0)
On this topic
Yuzhmash told whether it is possible to launch reusable rockets from the Black Sea
How the reform of the electricity market in Ukraine can lead to a collapse and what to do about it
Closed due to sanctions, the plant "RUSAL" will mine cryptocurrency
Stopped nuclear power plants and mines. What's going on in the energy sector of Ukraine?
Ukraine needs to reduce mortgage rates to 8-10% - Confederation of Builders of Ukraine
The price of electricity for Ukrainian metallurgists turned out to be twice as high as for French
Recommended:
Elon Musk sells $8.5 billion worth of Tesla shares
The largest producer of titanium raw materials in Ukraine OGCC will sell electricity
ArcelorMittal predicts fall in global steel demand due to war in Ukraine
News Analytics
The largest producer of titanium raw materials in Ukraine OGCC will sell25-05-2022, 20:48
Glencore accused of bribery in London pleads guilty in the US25-05-2022, 10:44
Swiss oil and gas equipment manufacturer Sulzer leaves Russia24-05-2022, 13:08
BIR: European Commission's decision on scrap metal will be the most tragic24-05-2022, 11:41
Rejection of Russian palladium destroys markets24-05-2022, 11:41
US steel market sentiment becomes more price neutral05-05-2022, 10:15
The global high-strength steel market will grow steadily by 5% annually for the04-05-2022, 08:45
China steel inventories hit 13-month high amid COVID-19 outbreak30-04-2022, 16:38
Slowdown in global auto sector affects steel prices27-04-2022, 12:36
World alumina production reaches a record 138 million tons21-04-2022, 09:54
Sign in with: