Interpipe is especially pleased that a credit line for a Ukrainian industrial company has been opened in a Ukrainian state bank. 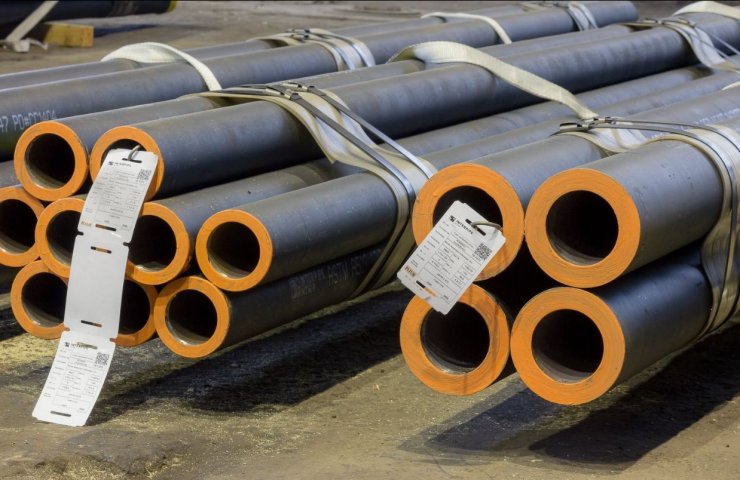 Ukrainian industrial company INTERPIPE signed an agreement with JSB Ukrgasbank on signing a General Loan Agreement for the amount of financing EUR 37 million.

- Interpipe attracted the first loan after the completion of debt restructuring in October 2019. The loan is attracted within the framework of the implementation of the Company's strategic goals and allows to reduce the interest burden on the company. We are especially pleased that a credit line for a Ukrainian industrial company has been opened at the Ukrainian state bank Ukrgasbank, which is known as an ecobank, which provides loans to many environmental projects. We plan to expand cooperation in other areas as well.

Recommended:
Trump wants to ease environmental restrictions on the US mining industry
Germany will not change its position on "Nord Stream - 2" because of the United States - Foreign Minister of Germany
South Korean metallurgists presented commemorative plaques to veterans of the Korean War
On this topic
Metinvest Group will receive a loan of 62 million euros from the Black Sea Trade and Development
Ukraine held its 13th position among 62 steel-producing countries in October
The price of electricity for Ukrainian metallurgists turned out to be twice as high as for French
Yuzhmash told whether it is possible to launch reusable rockets from the Black Sea
INTERPIPE has developed a new connection Intrepid-SP for the US market
Interpipe reported on successful restructuring of Eurobonds and other debts
Add a comment
Сomments (0)
News Analytics
YUZHMASH expects the adoption of the new space program of Ukraine in the near22-01-2021, 15:18
Eleven miners still await rescue from exploded gold mine in China22-01-2021, 12:34
Rivne NPP shut down power unit No. 122-01-2021, 12:13
Russia will start producing "green" hydrogen22-01-2021, 10:47
High-speed railway launched in China Beijing-Harbin highway22-01-2021, 10:22
China will overtake the United States to become the world's largest economy in27-12-2020, 12:04
The shortage in the US steel market will last at least until the end of the25-12-2020, 11:36
Steel production in China to surpass one billion tons this year23-12-2020, 10:59
Iron ore prices hit seven-year high and continue to rise15-12-2020, 10:26
Prices for metallurgical raw materials continue to rise in regional markets10-12-2020, 11:32
Sign in with: