Earlier, ArcelorMittal Kryvyi Rih stated that electricity prices in Ukraine are several times higher than foreign ones. Today this thesis was repeated in Interpipe. 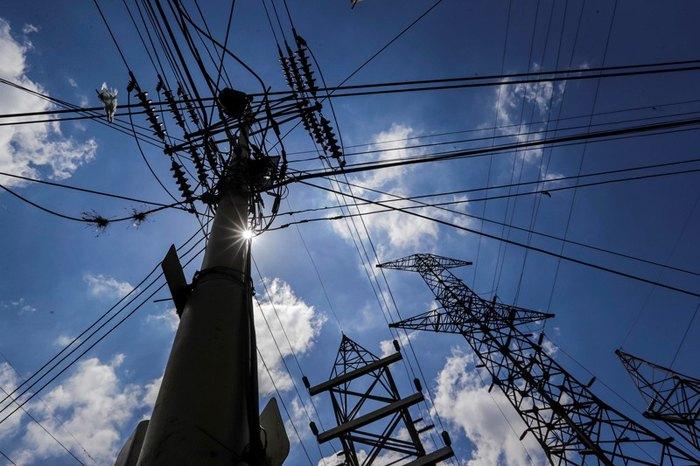 The cost of electricity in Ukraine is steadily high and continues to grow, which reduces the competitiveness of products manufactured in the country and negatively affects, among other things, the purchase of this energy carrier, says the director for economics and finance of the pipe and wheel company (TKK) "Interpipe " "Denis Morozov in interview with OilPoint.

"Ukraine has the highest electricity price today. This is a fact that has been confirmed by many studies. Our French partners say that their electricity price is two times lower. In times like these, many countries are trying, so that the price is lower, so that it is easier to export for export and it is possible to compete there. In our country, on the contrary, the price of electricity is consistently high and every month they come up with something new so that the price grows further, "the financial director said. p>

According to him, over the past four to five months, new rules have been systematically introduced on the electricity market, which lead to an increase in prices.

"Consumption is decreasing, and they are trying to do everything to keep it going down further. This is fundamentally wrong. All over the world, electricity should be cheaper at night. It is necessary to stimulate buying at night, since the system load is minimal. Why raise the night tariff? I don’t understand. Well, we will work during the day, the system will be even more unbalanced. What's next? "- the top manager wonders.

At the same time, Morozov stated that the electrometallurgical plant "Interpipe Steel " falls under the category of "green metallurgy ", but the company has not yet received the corresponding document from the government. "Interpipe " hopes that this will allow receiving electricity at a rate reduced by about 5%.

Touching upon another problem for production - the purchase of scrap metal for the operation of the electric steel-smelting complex, the findirector pointed out the need to purchase scrap from state-owned companies without intermediaries.

At the same time, he added that the company is awaiting the entry into force of the law on shading the scrap metal market: "It will allow us " to descend "to the level of lower scrap procurement. Now, there are no prescribed rules in this segment, gray schemes flourish there , black cash. As a transparent company, it is impossible for us to compete there. We are losing in all respects ".

Answering a question about the situation with the sale of the company's products, Morozov pointed to a decrease in pipe sales in Ukraine and the United States and a reorientation of supplies to the Middle East.

"Last year, Ukraine occupied about 40% of our portfolio. We were very active in selling in the USA: they produced a lot of oil and gas and, accordingly, consumed a lot of pipes. And, of course, the Middle East and the CIS. But Ukraine This year, unfortunately, the rate of drilling in Ukraine has fallen sharply, there are high reserves of pipe products. Now the share of Ukraine is minimal - about 15-17%. The same picture is in the US. Due to the oil crisis in the United States the lowest drilling volumes over the past ten years. Moreover, many companies have gone bankrupt. This has led to a contraction in demand for imported pipes, "the source said.

At the same time, he noted that "Interpipe " has increased sales to the Middle East in the first half of the year: "We have a certain breakthrough in this market. In addition, sales of pipes to the CIS countries - Azerbaijan, Uzbekistan, Turkmenistan - also stable ".

"Now we have a strategy - to maximize deliveries to the Middle East. But you can't do this quickly, you need to complete certification work to gain access to supplies to this market. We have qualified and started the first deliveries for ADCO from Abu Dhabi is the largest company in the Emirates, its size is comparable to Saudi Aramco, Saudi Arabia's production company. Turkey has large oil and gas projects that few people know about. Recently, a major gas discovery was reported. We will participate in this. And to Turkey we plan to increase deliveries in the premium segment. We are interested in this, "the top manager explained.

Supplies to the European market increased by 5%.

Sales of railway products are currently declining due to falling demand. "The main problem in Ukraine is the car

Recommended:
The growth of foreign exchange earnings from the export of ferrous metals from Ukraine amounted to 56.7%
European Commission Reveals Details of CBAM's Carbon Borders Mechanism
Tesla's Berlin Gigafactory to be fined for installing devices not approved by the authorities
On this topic
INTERPIPE Steel urges the Cabinet and the national Commission not to increase the tariff for
How the reform of the electricity market in Ukraine can lead to a collapse and what to do about it
The plant "Interpipe Steel" reduced the January steel output by 8%
INTERPIPE in 2019. increased sales of railway wheels by 8% and reduced the implementation of pipes
Interpipe has reduced steel production in 2019 is 12%
Interpipe has improved its financial results due to growth in demand for railway products
Partner news
Сomments
Add a comment
Сomments (0)
News Analytics
Azerbaijan's SOCAR plans to invest in the extraction of battery metals in26-07-2021, 22:00
The first domestic industrial energy storage system was developed and launched26-07-2021, 22:11
The profitability of purchases of scrap metal in Ukraine has decreased, but is26-07-2021, 17:27
Metinvest is ready to pay more than 9 billion hryvnia for the Dnieper steel26-07-2021, 13:01
Cherkassk Azot by Dmitry Firtash completed the modernization of the ammonia26-07-2021, 13:45
On the regional markets of metallurgical products, prices are balancing in a22-07-2021, 16:22
Demand for armaments will ensure a stable growth of armored steel sales by 4%20-07-2021, 10:10
Protectionist Measures Support European Steel Prices Despite Summer Lull19-07-2021, 11:02
Positive price growth is observed in the markets for metallurgical products16-07-2021, 14:12
European steel market is in confusion: price growth has slowed down, but no one21-06-2021, 17:40