Two high-ranking representatives of the National Police of Ukraine paid a working visit to the Kharkov plant Turboatom. 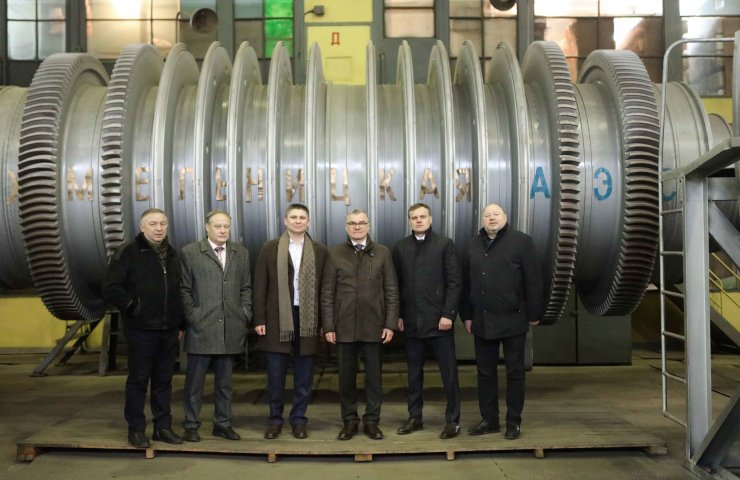 General Director of "Turboatom" Victor Subbotin acquainted the guests of the enterprise with financial and production indicators.

Representatives of the National Police got acquainted with the production facilities of Turboatom, visiting the steam turbine, hydro turbines, assembly and testing shops, as well as the museum of the plant.

JSC "Turboatom" is one of the largest enterprises in the world for the design and production of steam turbines for thermal and nuclear power plants, as well as hydraulic turbines for hydroelectric power plants and other power equipment.

The production capabilities of the Kharkov enterprise allow the production of steam and hydraulic turbines with a total design capacity of 8 million kW and 2 million kW, respectively.

The production of turbines is carried out in a closed cycle: from design and development and research work to manufacture, assembly, testing of turbines and shipment.

Recommended:
Amazon buys eleven Boeings to improve delivery services
Iran announced the benefits of US sanctions for the country's steel industry
Steel production in Ukraine in 2020 decreased by 1.4%
On this topic
Deputies of the Verkhovna Rada of Ukraine walked around the shops of Turboatom
In the shops "Turboatom" work continues on equipment for the Ukrainian hydro power plants
About a thousand workers "Turboatom" will receive a partial unemployment benefit
At Turboatom presented the achievements of the economy of Ukraine in the last 100 days
Turboatom will not sell in turbo mode - Milovanov
In Kharkov, the metro station "Moskovsky Prospekt" was renamed into "Turboatom"
Add a comment
Сomments (0)
News Analytics
Мариупольские металлурги продолжают экологическую модернизацию несмотря на24-01-2021, 11:01
Industry association predicts 8% growth in passenger car sales in China in 202123-01-2021, 11:07
YUZHMASH expects the adoption of the new space program of Ukraine in the near22-01-2021, 15:18
Eleven miners still await rescue from exploded gold mine in China22-01-2021, 12:34
Rivne NPP shut down power unit No. 122-01-2021, 12:13
China will overtake the United States to become the world's largest economy in27-12-2020, 12:04
The shortage in the US steel market will last at least until the end of the25-12-2020, 11:36
Steel production in China to surpass one billion tons this year23-12-2020, 10:59
Iron ore prices hit seven-year high and continue to rise15-12-2020, 10:26
Prices for metallurgical raw materials continue to rise in regional markets10-12-2020, 11:32
Sign in with: