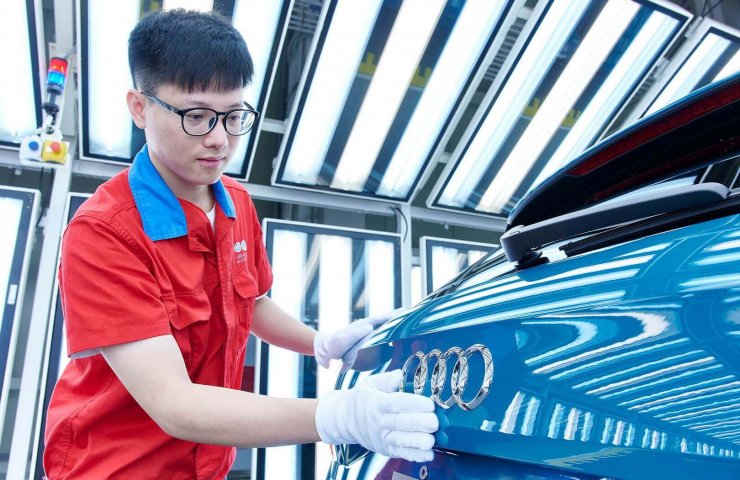 The First China Automobile Company (FAW), the German company Audi and the city of Changchun, the capital of Jilin Province in northeastern China, have launched a joint project to produce electric vehicles.

According to the agreement concluded by the three parties on Monday via video link, the project plans to implement the PPE (Premium Platform Electric) architecture.

Production is expected to start in 2024 at the Changchun car plant. It will cost more than 30 billion yuan (about US $ 4.62 billion) to build.

Recommended:
Scrap metal collection in Ukraine increased by one and a half times due to high prices
Lufthansa has a record loss of 6.7 billion euros in 2020
Ukrzaliznytsia will share its experience with Italian railway workers
On this topic
Chinese automaker FAW reports significant growth in car sales in 2020
Energomashspetsstal successfully passed General Electric qualification
Korean auto makers will switch to hydrogen engines with help from Chinese steelmakers
Toyota plans to build another mega-plant for the production of electric vehicles in China
Toyota resumes production in China to three of its plants of the four
Is the German auto industry preparing for a collapse?
Add a comment
Сomments (0)
News Analytics
Tibet invests about $ 30 billion in infrastructure projects in 5 years06-03-2021, 14:39
Siemens Energy promised Deutsche Welle to closely monitor democracy in Belarus06-03-2021, 10:32
US and EU suspend the collection of duties that were imposed against each other05-03-2021, 22:48
Turboatom and Electrotyazhmash discussed prospects for cooperation under05-03-2021, 19:04
DMZ Yaroslavsky in February almost doubled the production of rolled products05-03-2021, 18:19
Spread between raw materials and high strength alloy steel in Europe increased01-03-2021, 20:21
Increase in prices is forecasted in the markets of steel raw materials -26-02-2021, 09:25
Troy ounce of gold will drop $ 500 in two years - Fitch25-02-2021, 18:29
Global iron ore production growth to outstrip cumulative production in India23-02-2021, 10:22
Fitch Ratings Warns of “Shocking Impact” on Fossil Fuel Exporters18-02-2021, 14:44
Sign in with: