The Association is concerned about the supply of raw materials to Ukrainian metallurgical enterprises. 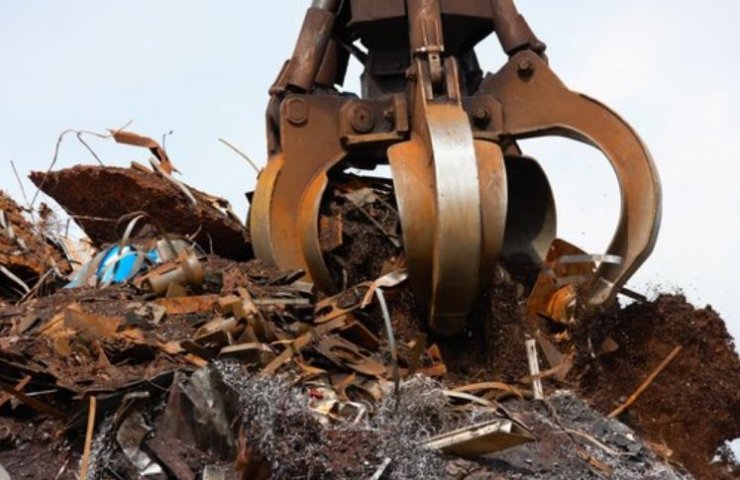 The Ukrmetallurgprom Association of Enterprises has advocated prolongation of the export duty on ferrous scrap for another 5 years to normalize the situation with the provision of this raw material to domestic metallurgical enterprises.

"I am sure that this measure will be supported - the extension of the duty for at least another 5 years," said the president of Ukrmetallurgprom Oleksandr Kalenkov at a meeting in the Verkhovna Rada Committee on Economic Development on the functioning of metallurgical enterprises and their provision with scrap metal.

Deputy Chairman of the Verkhovna Rada Committee on Economic Development Dmitry Kisilevsky explained that the initiator of this meeting was "Ukrmetallurgprom".

Also, the head of Ukrmetallurgprom pointed to the law on whitewashing the scrap market, adopted in the summer of 2020. “And our task is for investments to come to create a large scrap metal market,” Kalenkov noted.

At the same time, the president of the association expressed concern about the adoption of a law on waste, since if it is adopted without taking into account the proposals and comments of industrialists, the result may be negative, which will neutralize the positive from the adoption of the law on shading the scrap market.

In turn, Kisilevsky expressed confidence that the deputies will support the extension of export duties on scrap metal, since in the face of tightening environmental requirements, this raw material becomes highly demanded.

“Scrap is a raw material that can reduce CO2 emissions during steelmaking. Therefore, this is a valuable raw material, and this topic is very important for the state. And Green Deal will determine the situation in the coming decades. And it is likely that the requirements for the export of goods to the EU will be tightened, "the parliamentarian stressed, pointing out the importance of this issue for the state.

As reported, since September 15, 2016, the export duty on scrap metal, in accordance with the law adopted by the Verkhovna Rada in July, was increased from 10 to 30 euros per ton, and in the spring of 2018 - to 42 euros. Given the positive results of the metallurgical law and the production necessity of enterprises, the law was extended for another year.

The Verkhovna Rada on February 28, 2019 adopted as a basis and as a whole the law on reducing the deficit of ferrous scrap in the domestic market (No. 9474), increasing the duty on the export of scrap from 42 to 58 euros per ton and extending it for two years. This law entered into force on April 5, 2019. At the same time, the export of scrap metal for deliveries to the EU is carried out with a duty of 5 euros per ton.

Recommended:
EU carbon prices hit record 50 euros per tonne
Ukrainian trolleybus manufacturer wins Škoda Electric in Czech Republic for the first time in history
China Industrial Profits Up 137% In Q1
On this topic
European Union scrap collectors worried about possible export restrictions
Ukraine expects difficult negotiations on trade in metal products as part of the renewal of the
Yuzhmash told whether it is possible to launch reusable rockets from the Black Sea
How the reform of the electricity market in Ukraine can lead to a collapse and what to do about it
Stopped nuclear power plants and mines. What's going on in the energy sector of Ukraine?
Ukraine detensive the scrap metal market in the spring
Add a comment
Сomments (0)
News Analytics
Plant "Electrotyazhmash" began to purchase materials for bills18-05-2021, 14:55
ArcelorMittal Temirtau will pay 10,000 tenge to all employees vaccinated18-05-2021, 13:35
Steel raw material prices are skyrocketing across the board18-05-2021, 12:34
Interpipe has mastered a new type of railway wheels for Deutsche Bahn passenger18-05-2021, 12:11
Ukraine at the beginning of 2021 increased foreign exchange earnings from the18-05-2021, 11:03
Steel raw material prices are skyrocketing across the board18-05-2021, 12:34
The current state of the market is ideal for the sale of rolled steel - IREPAS04-05-2021, 18:41
Global hydrogen demand to grow 7-fold by 2070 - PwC21-04-2021, 12:31
World Steel Association predicts a good year for metallurgists15-04-2021, 18:19
World Steel Association defines green steel and its variations12-04-2021, 13:14
Sign in with: