Ukrzaliznytsia plans to renovate more than 500 level crossings in 2021

In total, this year the company intends to triple capital investments in the repair, modernization and construction of infrastructure. 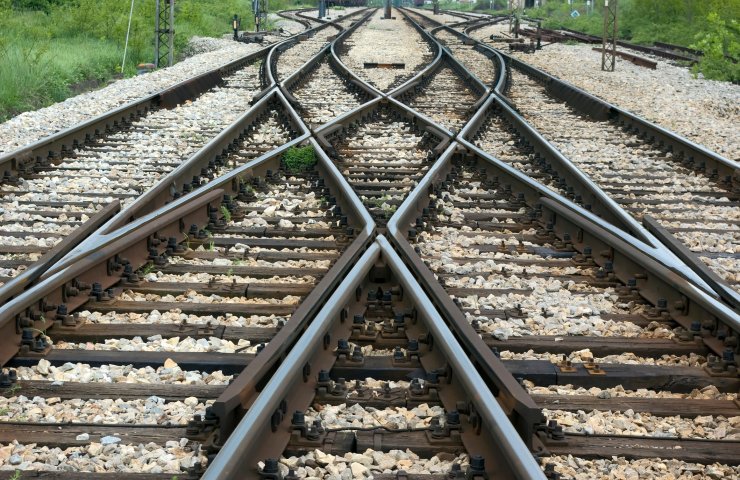 The press service of Ukrzaliznytsia announced the plans of the railway company for 2021 - to repair 527 level crossings, which is 212 more than in 2020.

In particular, this year the company plans to overhaul 20 level crossings, reconstruct 4, completely replace the movable flooring at 85 level crossings, and replace the pavement and asphalt pavement of the roadway approaches at 418 facilities, carry out routine and patching repairs. At the same time, the largest number of level crossings is supposed to be repaired on the South-Western Railway (244) and on the Lviv Railway (112).

To identify deficiencies at railway crossings and their timely elimination, Ukrzaliznytsia specialists conduct commission surveys of these facilities with the involvement of road balance holders on the approaches to the crossings, representatives of the National Police of Ukraine, Ukrtransbezpeky. Such inspections are carried out annually in April-May, and at crossings with bus traffic and with a train speed of more than 140 km /h - additionally in September-October. Based on their results, work is planned to perform certain types of repair work at level crossings.

Last year, the railroad workers carried out repair work on a total of 315 level crossings, including 20 overhauled, at 145 objects - they replaced the pavement and asphalting of the roadway approaches and carried out current repairs, at 150 - they carried out a complete replacement of the level crossing.

Currently, Ukrzaliznytsia operates 4836 level crossings, of which 1277 are served by a duty officer.

Earlier it was reported that in 2020 the number of accidents on tracks and level crossings decreased by 11 cases.

Recommended:
The first serial production of electric vehicles will be launched in Russia
Ukrmetallurgprom asks the Antimonopoly Committee to allow Metinvest to bid for DMK
The Antimonopoly Committee of Ukraine has unblocked the purchase of passenger cars by Ukrzaliznytsia
On this topic
Ukrzaliznytsia plans to update almost 400 km of tracks in 2021
In 2021, Ukrzaliznytsia plans to repair more than 300 locomotives for UAH 4 billion
Ukrzaliznytsia acquired 28 new passenger cars in 2020 and repaired 1406
Yuzhmash told whether it is possible to launch reusable rockets from the Black Sea
Ukrzaliznytsia developing a strategy for the development of multimodal transport
Zaporizhstal reduced the production of iron and steel
Add a comment
Сomments (0)
News Analytics
Ukraine and the United States are deepening cooperation in the trade and20-04-2021, 20:46
Nikopol pipe plant "Centravis" is approved as a supplier of the Chinese20-04-2021, 20:10
The capacity of the domestic steel market in Ukraine in January-March decreased19-04-2021, 10:33
In Russia, there is an exuberant demand for agricultural machinery19-04-2021, 10:24
Iran is satisfied with the reaction of the world community to 60% enrichment of18-04-2021, 13:24
World Steel Association predicts a good year for metallurgists15-04-2021, 18:19
World Steel Association defines green steel and its variations12-04-2021, 13:14
China unlikely to cut steel capacity in 2021 due to high steel prices07-04-2021, 12:11
Scrap metal market at the beginning of April02-04-2021, 11:10
Rising Chinese Prices Fueled Rising Global Steel Prices - MEPS25-03-2021, 18:54
Sign in with: