The automobile assembly plant of the corporation of Oleg Gladkovsky has started to fulfill the order from the aircraft building enterprise. 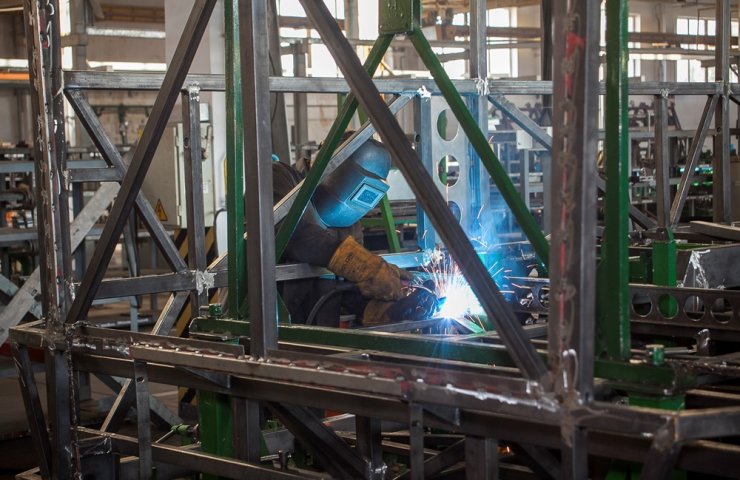 Employees of the Lutsk car assembly plant of JSC "Bogdan Motors" have started to fulfill the order of 10 buses for SE "Antonov", the contract with which was concluded on December 28, 2020 ... Now the first painted body of the Bogdan A14532 bus is being completed in the assembly shop of the State Enterprise "Auto Assembly Plant No. 1".

Ordered buses "Bogdan A14532" are suburban /intercity buses with a total length of 9.82 m. The total passenger capacity is 70 people (on suburban routes), including 43 seats. They meet the ecological standard Euro 5, have comfortable soft chairs, are comfortable and safe to use. The buses will be equipped with European units, including an Iveco engine.

It should be noted that SE "Auto Assembly Plant No. 1" provides 2 years of warranty service for buses, or 100,000 km of run.

Recall that on December 29, 2020, Antonov State Enterprise received a state order from the Ministry of Defense of Ukraine for three An-178 military transport aircraft. On December 31, 2020, Antonov State Enterprise entered into a loan agreement with the State Export-Import Bank of Ukraine JSC (Ukreximbank) to raise a loan against government guarantees.

On December 23, the Economic Court of the Dnipropetrovsk region opened proceedings in the bankruptcy case of Bogdan Motors JSC at the request of the financial company Finwork. The company said then that lenders refuse to meet borrowers during the pandemic. The corporation noted that not a single program to support the industry has been adopted, car manufacturers have not gained access to cheap loans, government orders are being reduced.

Recommended:
A man died on the territory of ArcelorMittal Kryvyi Rih sinter plant
The first hydrogen bus may appear in Moscow in one or two years
On April 1, uranium mines in Ukraine may stop the production of uranium concentrate
On this topic
Automobile assembly plant "Bogdan-Motors" started to manufacture trolleybuses for Sumy
The day before receiving the state order for three An-178s, Antonov State Enterprise bought 10
Oleg Gladkovsky's Bogdan Motors company demands to protect the Ukrainian manufacturer
Yuzhmash told whether it is possible to launch reusable rockets from the Black Sea
"Bogdan motors" promises to deliver Ivano-Frankivsk in may, 10 buses А70132
"Bogdan motors" launches serial production of electric bus made of stainless steel
Add a comment
Сomments (0)
News Analytics
«Днепросталь-Энерго» впервые инициирует аукцион по покупке электроэнергии на21-04-2021, 16:08
Zaporizhstal donated a new oxygen station to the Zaporizhzhya Regional21-04-2021, 15:11
Brazil is interested in the production capabilities of Yuzhmash21-04-2021, 14:35
Energoatom ordered a condenser from Turboatom worth 0.5 billion hryvnia for21-04-2021, 14:28
Ukrzaliznytsia reached an agreement with suppliers on the shipment of diesel21-04-2021, 14:25
Global hydrogen demand to grow 7-fold by 2070 - PwC21-04-2021, 12:31
World Steel Association predicts a good year for metallurgists15-04-2021, 18:19
World Steel Association defines green steel and its variations12-04-2021, 13:14
China unlikely to cut steel capacity in 2021 due to high steel prices07-04-2021, 12:11
Scrap metal market at the beginning of April02-04-2021, 11:10
Sign in with: