Work on buses began in March this year; the supply agreement was drawn up on December 28, 2020 - the day when the economic court of the Dnipropetrovsk region opened proceedings in the bankruptcy case of the Bogdan Motors Automobile Company. 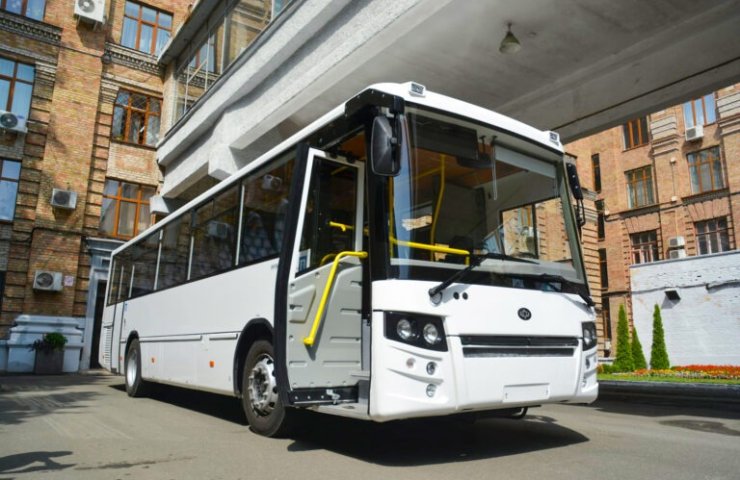 Among the main routes on which the new vehicles will operate are Kiev-Gostomel, Gostomel-Kiev. They will provide communication between the subdivisions of the Antonov aviation enterprise and with residential buildings erected for young employees, perform production tasks, in particular, transport flight personnel, the press service of the enterprise reported.

As noted at the Antonov State Enterprise, the renewal of the bus fleet is not only an operational necessity, but also one of the components of the development of a social program aimed at improving the working conditions of the company's employees.

Let us remind you that Bogdan A14532 buses are suburban /intercity buses with a total length of 9.82 m. They meet the Euro 5 environmental standard, have comfortable soft seats, are comfortable and safe to use.

The total passenger capacity of the Bogdan A14532 bus is 70 people (on suburban routes), including 43 seats. The buses will be equipped with European units, in particular with an Iveco engine. The subsidiary company "Auto Assembly Plant No. 1" provides 2 years of warranty service for buses, or 100,000 km of run.

On December 28, 2020, between the subsidiary enterprise "Auto Assembly Plant No. 1" of the Bogdan Motors Corporation and the state enterprise "Antonov" purchase and sale agreement , according to which Antonov SE acquired 10 buses "Bogdan A14532". On the same day, the economic court of the Dnipropetrovsk region opened proceedings in the bankruptcy case of the Automobile Company Bogdan Motors.