The Bogdan A14532 bus complies with the Euro 5 environmental standard and can carry up to 70 people. 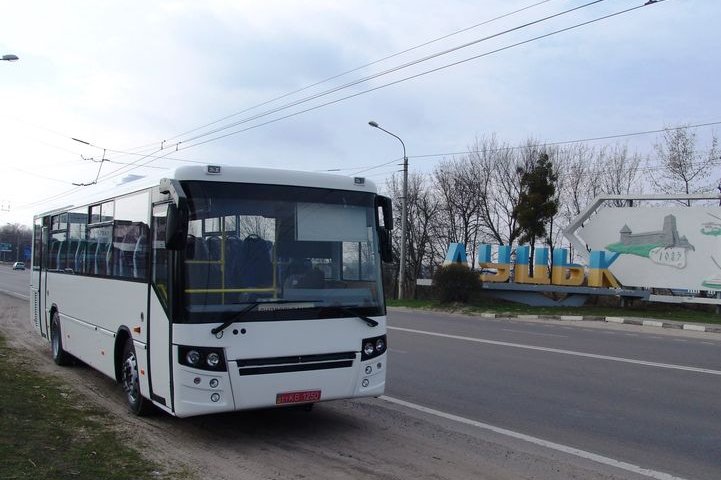 On December 28, 2020, a purchase and sale agreement was signed between the Subsidiary Automotive Assembly Plant No. 1 of the Bogdan Motors Corporation and the state-owned enterprise Antonov, according to which Antonov State Enterprise intends to purchase 10 Bogdan A14532 buses. reported to the press -service of JSC "Bogdan Motors".

The Bogdan A14532 bus is a suburban /intercity bus with a total length of 9.82 m. It complies with the Euro 5 environmental standard and is convenient and safe to use. The bus is equipped with European units, including an Iveco engine and an EATON manual transmission. The total passenger capacity is 70 (on commuter routes), including 43 seating.

It is worth noting that this is not the first cooperation between Auto Assembly Plant No. 1 and Antonov State Enterprise - in 2012, the company purchased 3 Bogdan buses.

On December 29, 2020, Antonov State Enterprise received a state order from the Ministry of Defense of Ukraine for three An-178 military transport aircraft. The corresponding contract for the supply of these aircraft was signed by the acting. Sergey Bychkov, General Director of Antonov State Enterprise; and Vladislav Shostak, Director of the Department of Military-Technical Policy, Arms and Military Equipment Development of the Ministry of Defense of Ukraine.

December 31, 2020 SE "Antonov" signed a loan agreement with JSC "State Export-Import Bank of Ukraine" (Ukreximbank) to raise a loan against government guarantees. Thus, the state will finance the production and supply of aircraft for the needs of the Armed Forces of Ukraine.

Recommended:
US imposes new sanctions on Iran in the last days of Trump's presidency
KB Yuzhnoye is headed by Alexander Kushnarev
Five people killed, 11 injured in collapse of a mine in Colombia
On this topic
Metinvest closes its first securitization deal
ArcelorMittal will close the second blast furnace at a plant in FOS-sur-Mer due to the lack of
Guide Dreamlifts Ltd decided not to renew the cooperation with the Antonov company
"Naftogaz of Ukraine" in February reduced the price of gas for industry by 15%
The operator of the gas transport system of Ukraine has concluded agreements with all connecting
Tata Steel joined the project of construction of European hyperloop
Add a comment
Сomments (0)
News Analytics
Novokramatorsk Machine-Building Plant acquired a unique machining center25-01-2021, 17:27
KAMAZ intends to double the production of electric buses25-01-2021, 15:47
Liberty Steel will submit a firm bid today for ThyssenKrupp Steel Europe25-01-2021, 14:23
A new steel-pouring stand was launched at the Dneprovsk Iron and Steel Works25-01-2021, 13:53
10 miners recovered from exploded gold mine in China25-01-2021, 13:46
China will overtake the United States to become the world's largest economy in27-12-2020, 12:04
The shortage in the US steel market will last at least until the end of the25-12-2020, 11:36
Steel production in China to surpass one billion tons this year23-12-2020, 10:59
Iron ore prices hit seven-year high and continue to rise15-12-2020, 10:26
Prices for metallurgical raw materials continue to rise in regional markets10-12-2020, 11:32
Sign in with: