After the implementation of such a concept, any consumer of electricity can simultaneously be its producer by generating "clean" energy for their own needs. 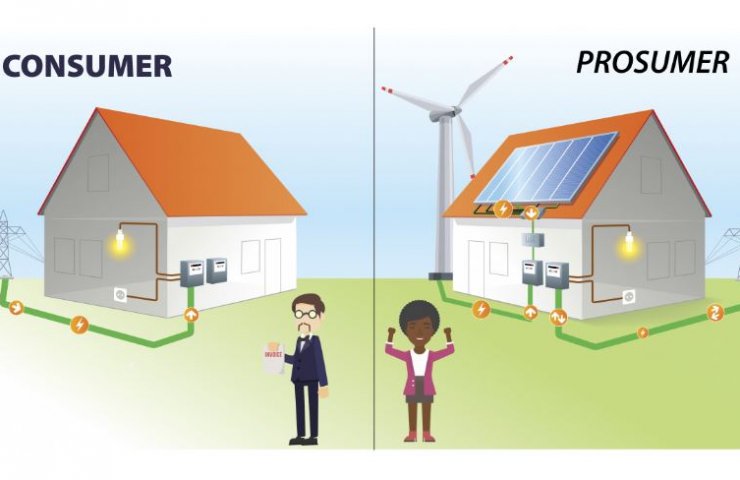 Chaired by the acting Konstantin Gura, Chairman of the State Energy Efficiency of Ukraine, held the second meeting of the Working Group on the legislative regulation of energy generation from renewable sources for own consumption.

“Distributed generation and the creation of a prosumer segment are important components for the sustainable development of the energy sector. We are talking about a new mechanism for net metering, which is already used in the world - Net Energy Metering. It provides for the production of energy from renewable sources for our own needs with the possibility of supplying excess energy to the grid with its subsequent consumption at a convenient time, "said Konstantin Gura.

Deputy Chairman of the State Energy Efficiency Yuri Shafarenko presented the concept of Net Energy Metering, developed taking into account world experience, proposals of the Working Group members and which will become the basis for the corresponding draft law.

The idea of ​​Net Metering is to create conditions for business entities and households to become prosumers: that is, they generate and consume electricity from renewable energy sources without a “green” tariff in the amount that will meet their own needs. This will allow them to be more energy efficient, save energy costs and reduce their environmental impact.

To enable consumers to use this system, members of the Working Group reviewed a number of changes to existing legislation.

How does Net Metering work?

The discussion on the proposed concept was very constructive and dynamic. The members of the Working Group noted the need for a Net Energy Metering mechanism and agreed on most of the issues.

At the same time, it was decided to further study such issues as the maximum installed capacity of the consumer's generating installation and the terms of payment for imbalances.

The term "prosumer" belongs to the American futurist Alvin Toffler, author of The Third Wave. It is believed that the definition is derived from the words "producer" and "consumer". But there is another interpretation: the combination of the words "consumer" (consumer) and "professional user" (professional user).

Both versions imply the active participation of consumers in the process of creating the goods and services that they need. The phenomenon itself, blurring the boundaries between buyers and manufacturers, is called "prosumerism".

Recommended:
Italian company Danieli will supply Interpipe with a new pipe heat treatment line
State Environmental Inspection in Court Demands to Stop Construction of New Tailings Dump at ArcelorMittal Kryvyi Rih
ArcelorMittal Temirtau drone army replenished with three more fighters
On this topic
Ukraine may replace 25% of its natural gas demand with biomethane
A system of guarantees for the origin of energy from renewable sources will appear in Ukraine
Yuzhmash told whether it is possible to launch reusable rockets from the Black Sea
European Commission: Ukraine should continue investing in renewable energy
How the reform of the electricity market in Ukraine can lead to a collapse and what to do about it
The saee: biofuels can replace two-thirds of gas in the energy balance of Ukraine
Add a comment
Сomments (0)
News Analytics
Iran is satisfied with the reaction of the world community to 60% enrichment of18-04-2021, 13:24
Gas prices in Ukraine have reached a record value over the past two years -16-04-2021, 17:24
Ukrmetallurgprom asks the Antimonopoly Committee to allow Metinvest to bid for16-04-2021, 17:23
A fatal accident occurred on the territory of the Dnieper Metallurgical Plant16-04-2021, 13:01
Cars built for Euro 2012 will be repaired at the Kryukov Carriage Works16-04-2021, 12:46
World Steel Association predicts a good year for metallurgists15-04-2021, 18:19
World Steel Association defines green steel and its variations12-04-2021, 13:14
China unlikely to cut steel capacity in 2021 due to high steel prices07-04-2021, 12:11
Scrap metal market at the beginning of April02-04-2021, 11:10
Rising Chinese Prices Fueled Rising Global Steel Prices - MEPS25-03-2021, 18:54
Sign in with: