The new system will help ensure a level playing field for all importers and facilitate legal trade across the external borders of the European Union. 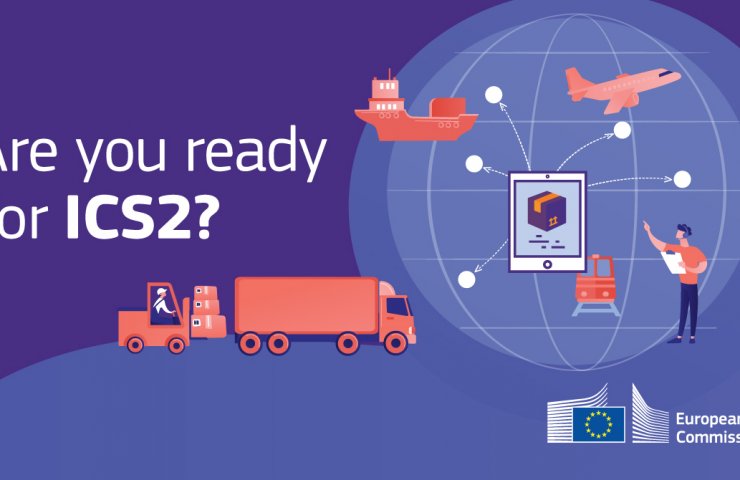 The European Commission today launched a new import control system (ICS2), which is a major strengthening of the "first line of defense" of the Customs Union against security threats posed by the illegal movement of goods across the external borders of the EU, according to a statement on the website of the European Commission.

In the first phase, ICS2 will focus on postal and express shipments entering the EU or via the EU by air, before eventually being applied to all modes of freight transport.

ICS2 is a new advanced cargo risk management platform at the heart of the reform of the EU's pre-arrival security and protection customs program. It will gradually replace the existing import control system in three editions between 15 March 2021 and 1 March 2024. At the first stage, it will cover postal and express deliveries, at the second, by March 2023 - air cargo transportation, and in March 2024 - sea, rail and road transport.

The updated system is based on improved control and exchange of data on the origin of goods and supply links. Along with the “usual” procedures, the new system will for the first time include the possibility of operational risk analysis, which will be carried out in real time. This presupposes the introduction of a unified electronic database and the exchange of information on existing risks and trade operations, close cooperation between the structures of the European Commission, the customs authorities of the member states and business representatives.

Recommended:
Citigroup sues for bankruptcy in London court against Sanjeev Gupta's companies - Financial Times
European space project will provide Ukrainian Yuzhmash with work for the coming years
Liberty Steel plans to resume production in the UK next week
On this topic
Ukrmetallurgprom: We hope that the positive dynamics in reducing freight car turnover will continue
Steel production in September 2020
Metinvest extended maturity of bonds
Global steel production in June 2020 decreased by 7%
Yuzhmash told whether it is possible to launch reusable rockets from the Black Sea
How the reform of the electricity market in Ukraine can lead to a collapse and what to do about it
Add a comment
Сomments (0)
News Analytics
Gas prices in Ukraine have reached a record value over the past two years -16-04-2021, 17:24
Ukrmetallurgprom asks the Antimonopoly Committee to allow Metinvest to bid for16-04-2021, 17:23
A fatal accident occurred on the territory of the Dnieper Metallurgical Plant16-04-2021, 13:01
Cars built for Euro 2012 will be repaired at the Kryukov Carriage Works16-04-2021, 12:46
Novokramatorsk Machine-Building Plant has raised wages for the second time16-04-2021, 12:54
World Steel Association predicts a good year for metallurgists15-04-2021, 18:19
World Steel Association defines green steel and its variations12-04-2021, 13:14
China unlikely to cut steel capacity in 2021 due to high steel prices07-04-2021, 12:11
Scrap metal market at the beginning of April02-04-2021, 11:10
Rising Chinese Prices Fueled Rising Global Steel Prices - MEPS25-03-2021, 18:54
Sign in with: