World's largest refractor telescope to be built in Tibet

A telescope refractor is an instrument that uses a combination of lenses to capture images of distant objects in space that would not be visible to the human eye. 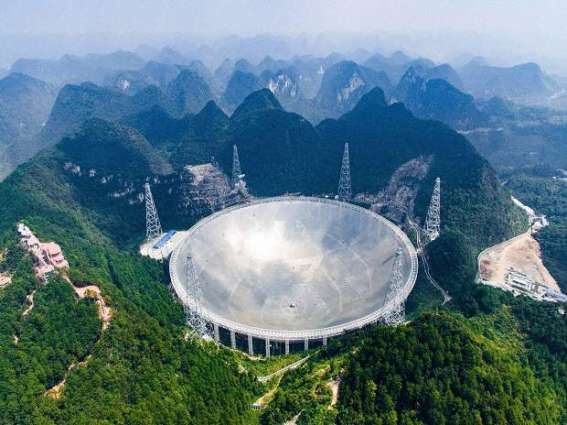 Chinese scientists are working to create the world's largest refractor telescope in the Tibet Autonomous Region for observing stars and planets.

Construction of an optical telescope with an aperture of one meter has already begun in the city of Lhasa, the administrative center of TAP, said Wang Junjie, deputy director of the District Science and Technology Administration.

High above sea level, Tibet, with its clear sky conditions, is considered one of the best places in the world to observe celestial bodies.

A telescope refractor is an instrument that uses a combination of lenses to capture images of distant objects in space that are invisible to the naked eye.

Scientists will use the refractor to conduct sky research, including monitoring near-Earth asteroids, Wang Junjie added.

The telescope project, led by the State Astronomical Observatory, also aims to popularize astronomical science. Scientists can use the Internet to host images, video files, and interactive features from the unique perspective of a large telescope.

According to Wang Junjie, the one-meter refractor will be installed at the district planetarium, which is likely to begin construction this year. When completed, it will become the world's highest planetarium.

Recall that in September 2016, the world's most powerful radio telescope FAST, which is located in Guizhou province, was commissioned in China. The diameter of its reflector is 500 meters. That's 200 meters more than FAST's closest rival, the Arecibo Observatory in Puerto Rico. The telescope took five years to complete. It cost RMB 1.2 billion ($ 180 million).

Recommended:
Rolls-Royce buys metal products from Liberty Steel on a prepaid basis and with a large stock
Ukrzaliznytsia increases employee salaries by 10% from June 1
In Kiev, the director of one of the plants of the State Corporation "Ukroboronprom" will appear before the court
On this topic
Tibet invests about $ 30 billion in infrastructure projects in 5 years
5G Ultrasonic Robot Used for Remote Treatment in Tibet
Yuzhmash told whether it is possible to launch reusable rockets from the Black Sea
The European space Agency has postponed the launch of the telescope Cheops in 25 minutes before the
The longest zipline in the world is built of steel
Steel laboratory is being built in Japan to train lunar robots
Add a comment
Сomments (0)
News Analytics
Бразилия заинтересовалась производственными возможностями Южмаша21-04-2021, 14:35
Энергоатом заказал в Турбоатоме конденсатор стоимостью 0,5 миллиарда гривен для21-04-2021, 14:28
Укрзализныця достигла согласия с поставщиками по отгрузке дизельного топлива21-04-2021, 14:25
Global hydrogen demand to grow 7-fold by 2070 - PwC21-04-2021, 12:31
Energy independence of Ukraine depends on decarbonization and "green" energy -21-04-2021, 12:42
Global hydrogen demand to grow 7-fold by 2070 - PwC21-04-2021, 12:31
World Steel Association predicts a good year for metallurgists15-04-2021, 18:19
World Steel Association defines green steel and its variations12-04-2021, 13:14
China unlikely to cut steel capacity in 2021 due to high steel prices07-04-2021, 12:11
Scrap metal market at the beginning of April02-04-2021, 11:10
Sign in with: