The Ukrainian Association of Ferroalloys and Other Electrometallurgical Products Producers has declared the unfair use of the "carbon tax" funds. 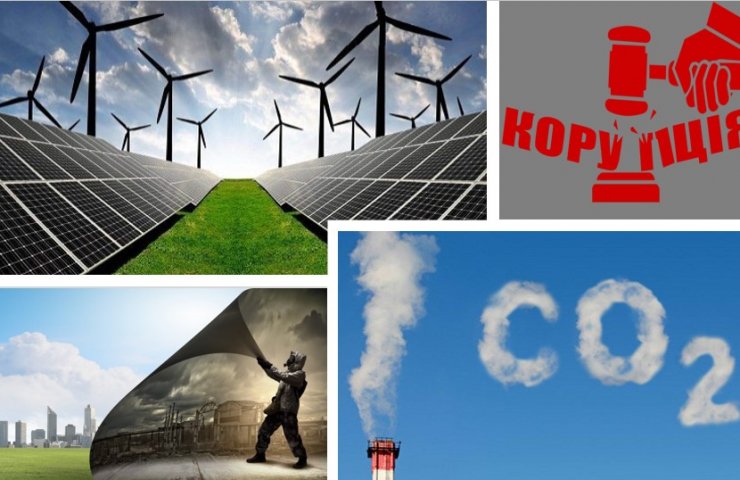 Currently, the Ministry of Energy and Coal Industry of Ukraine (Ministry of Energy) is considering the idea of ​​changing the sources of subsidizing "green energy" from the tariff of NEC "Ukrenergo" with a tax on CO emissions 2 , the level of which today is 10 hryvnia per ton of carbon dioxide. At the same time, the "carbon tax" is planned to increase.

It should be noted that the already "green" tariff for electricity in Ukraine significantly exceeds the tariff and market cost of electricity from traditional sources, as a result of which the state should subsidize "green energy" annually by almost 37-40 billion hryvnia. This deficit is now compensated by Ukrenergo's tariff for electricity transmission, which now amounts to UAH 294 per MWh, of which UAH 209 per MWh is spent to support “green energy”. This situation creates a significant financial burden on the Ukrainian industry.

At the same time, within the framework of the Paris Agreement, the whole world, including Ukraine, declared a movement towards decarbonization, taking on obligations to reduce the level of CO 2 emissions by 40-55% to 2030, and many countries have announced plans to achieve zero 2 CO emissions by 2050.

Decarbonization involves the investment of huge financial resources in the radical re-equipment of production, which is especially important for industry. Thus, according to various estimates, the amount of funds required by the Ukrainian industry for decarbonization in the period 2021-2030 alone is more than 37 billion euros.

Ukrainian industry today is 58% of the total export of goods from Ukraine (for example, in 2018 it provided revenues of $ 27 billion), 31% of all taxes, 23% of all jobs in Ukraine (which is almost two million people , excluding the impact on related industries), the largest donor to the Pension Fund of Ukraine, as well as more than half of rail freight and transshipment in Ukrainian ports. And, unfortunately, over the past two years, industrial production has been gradually declining - for example, its decline in 2020 was 5.2%.

Today, the industry does not have its own sources to finance decarbonization projects - due to the economic crisis, exacerbated by the COVID-19 coronavirus pandemic, many enterprises in 2019-2020. worked at a loss.

In most countries of the world, decarbonization is carried out with active government support, especially during a crisis. Thus, in the European Union, environmental modernization and decarbonization of production were carried out, inter alia, through government subsidies, subsidies, tax incentives, tax refunds, preferential loans, grants and other instruments. As an example, the EU plans to invest up to 1.4 trillion euros in the production of green hydrogen and green ammonia by 2030.

Also, unlike Ukraine, European enterprises have the opportunity to attract loans much easier and cheaper to finance their own investments.

At the same time, Ukraine now has an ineffective environmental and fiscal system of taxation. Environmental taxes levied on enterprises perform exclusively a fiscal function, while a significant part of them goes to the general fund of the state budget and is used without a corresponding purpose. Thus, the general fund of the state budget receives 100% of the tax funds for CO 2 , which are spent on anything, just not on decarbonization.

Business and the environmental community have long come to the conclusion that the most effective and rational use of the tax on CO 2 is to direct it to decarbonization programs of the Ukrainian economy, for example, to co-finance such projects.

In this vein, a fair approach would be to use “carbon tax” funds where the corresponding CO 2 emissions are generated, that is, they should be aimed at modernizing enterprises around which Ukrainians live. Instead, the tax on СО 2 is proposed to be paid to the so-called "investors" in renewable energy sources, leaving the industrial regions of the country and their inhabitants without adequate funding and hope for improving environmental, economic and social conditions.

The current initiative of the authorities to direct funds from the "carbon tax" to finance "green" tariffs does not solve the issue of its intended use for decarbonization of the Ukrainian economy, but further exacerbates the problem, since it implies an increase in tax rates. Instead of providing sources for partial financing of projects to reduce CO emissions 2 , the authorities are proposing to increase the fiscal pressure on the industry along with the imposed obligations to invest huge sums in decarbonization projects.

Recommended:
Electrotyazhmash announced the end of the crisis period and the beginning of recuperation
The President of Ukraine enacted the NSDC decision on the state of affairs in the field of subsoil use
British car production plummets to 10-year low in February
On this topic
Tens of thousands of jobs in the Ukrainian metallurgy under the threat of reduction - A. Kalenkov
In "Ukrmetallurgprom" told how to reduce the tariff for electricity transmission
How the reform of the electricity market in Ukraine can lead to a collapse and what to do about it
Stopped nuclear power plants and mines. What's going on in the energy sector of Ukraine?
NKREKP plans to increase the rate of "Ukrenergo" for the transmission of electricity by 36%
How much should a citizen of Ukraine pay for electricity?
Add a comment
Сomments (0)
News Analytics
Iran is satisfied with the reaction of the world community to 60% enrichment of18-04-2021, 13:24
Gas prices in Ukraine have reached a record value over the past two years -16-04-2021, 17:24
Ukrmetallurgprom asks the Antimonopoly Committee to allow Metinvest to bid for16-04-2021, 17:23
A fatal accident occurred on the territory of the Dnieper Metallurgical Plant16-04-2021, 13:01
Cars built for Euro 2012 will be repaired at the Kryukov Carriage Works16-04-2021, 12:46
World Steel Association predicts a good year for metallurgists15-04-2021, 18:19
World Steel Association defines green steel and its variations12-04-2021, 13:14
China unlikely to cut steel capacity in 2021 due to high steel prices07-04-2021, 12:11
Scrap metal market at the beginning of April02-04-2021, 11:10
Rising Chinese Prices Fueled Rising Global Steel Prices - MEPS25-03-2021, 18:54
Sign in with: