Electricity tariff for Ukrainians extended at UAH 1.68 per kWh for one more month 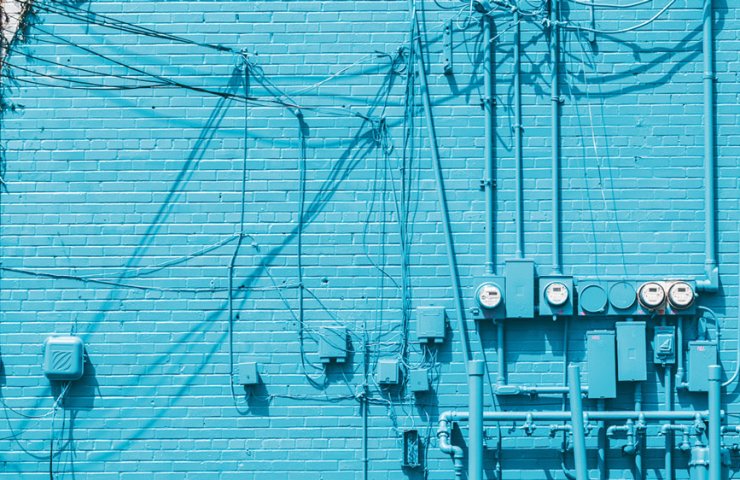 At the initiative of the Ministry of Energy of Ukraine, the government has extended the mechanism for imposing special duties (PSO) for residential consumers in the electricity market for one more month. The corresponding resolution was adopted today at a meeting of the Cabinet of Ministers. Consequently, the electricity tariff for Ukrainians remains at the level of 1.68 hryvnia per kWh until May 1.

“In the near future, the Ministry and other state institutions that are directly or indirectly related to the process of electricity consumption by the population will continue to work on a digitalized system that will help the state protect vulnerable consumers, in particular on the electricity market, which in turn should allow analyzing various options for further pricing ", - noted in the Ministry of Energy.

Let's remind that now there is a single fixed tariff for the population - 1.68 hryvnia per kWh. It was introduced by the government on January 1, 2021 due to the fact that the Regulator (NKREKP) increased tariffs for the distribution and transmission of electricity.

The Ministry of Energy said that more than 90% of this final tariff for the population is tariffs for transmission, distribution and supply. Accordingly, only 15 kopecks from 1.68 hryvnia is used to pay for the electricity produced by NNEGC Energoatom and received by household consumers. This is well below the price paid by commercial consumers.

Since the general tariff for the needs of the population for 90% consists of tariffs for transmission, distribution and supply of electricity, which were increased by the decisions of the regulator in 2020, the benefits that were provided to household consumers actually led to the fact that for Energoatom there remained a negative amount for the electricity produced for the needs of the population.

Accordingly, in December last year, the Government was forced to abolish the preferential tariff for electricity at 90 kopecks per kWh for the population for the first 100 kWh, cancel a number of other benefits and monetize the benefit for electric heating, effectively establishing a single fixed tariff for household consumers.

PSO - special responsibilities of participants in the electricity market to ensure public interests in the process of functioning of the electricity market. Accordingly, state-owned companies, in particular NNEGC Energoatom, must sell part of the generated electricity (about 50%) for the needs of the population at a fixed below market price (today - 15 kopecks per kWh, excluding VAT).

Recommended:
Metallurgical plant in Kurakhovo has been idle for four months due to a shortage of scrap metal
Italian company Danieli will supply Interpipe with a new pipe heat treatment line
Russia may face a shortage of metal products due to the restriction of its exports
On this topic
In "Ukrmetallurgprom" told how to reduce the tariff for electricity transmission
How the reform of the electricity market in Ukraine can lead to a collapse and what to do about it
Stopped nuclear power plants and mines. What's going on in the energy sector of Ukraine?
Interpipe declares about the sharp jump in electricity prices in Ukraine
Electricity prices declined, but too early to relax - ArcelorMittal Krivoy Rog
How much should a citizen of Ukraine pay for electricity?
Add a comment
Сomments (0)
News Analytics
The capacity of the domestic steel market in Ukraine in January-March decreased19-04-2021, 10:33
In Russia, there is an exuberant demand for agricultural machinery19-04-2021, 10:24
Iran is satisfied with the reaction of the world community to 60% enrichment of18-04-2021, 13:24
Gas prices in Ukraine have reached a record value over the past two years -16-04-2021, 17:24
Ukrmetallurgprom asks the Antimonopoly Committee to allow Metinvest to bid for16-04-2021, 17:23
World Steel Association predicts a good year for metallurgists15-04-2021, 18:19
World Steel Association defines green steel and its variations12-04-2021, 13:14
China unlikely to cut steel capacity in 2021 due to high steel prices07-04-2021, 12:11
Scrap metal market at the beginning of April02-04-2021, 11:10
Rising Chinese Prices Fueled Rising Global Steel Prices - MEPS25-03-2021, 18:54
Sign in with: