FAO: 60 percent of waste in Ukrainian landfills is food

The Food and Agriculture Organization (FAO) urges Ukrainians to take good care of food and not throw it away, so as not to overload the already vast landfills around cities and villages. 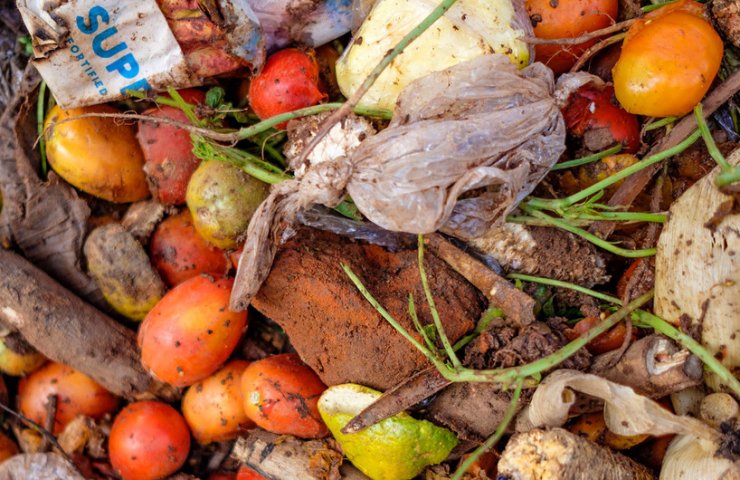 The outskirts of many cities and villages of Ukraine are dotted with garbage dumps that have a detrimental effect on the environment. On average, every resident of Ukraine throws out 250-300 kilograms of municipal solid waste per year. At the same time, up to 60 percent of this volume is organic waste, including food. FAO urges Ukrainians not to waste food in landfills.

The Food and Agriculture Organization of the United Nations (FAO) has launched a pilot project to reduce food waste in Kiev and Lviv.

In partnership with the All-Ukrainian Environmental League, FAO experts studied the practice of solid waste management in these two cities, and also assessed the volume and causes of food loss and spoilage in retail, hospitality and households.

According to the data obtained, food products account for 20 to 55 percent of all municipal solid waste. The results of the study were used to prepare recommendations for the government of Ukraine, local authorities and non-governmental organizations on the development of a waste management system.

FAO and the All-Ukrainian Ecological League have focused on reducing food losses through education and training. They also launched the Share Food with Others program aimed at preserving and redistributing food. It is carried out mainly by volunteers, who, in agreement with local food companies, take the surplus food that is suitable for consumption and distribute it among the ward groups of low-income citizens.

Thus, the All-Ukrainian Ecological League has established cooperation with a number of food manufacturers, retail chains and catering establishments to provide assistance to the Center for the Care of the Elderly in Kiev and the Homeless Shelter in Lviv.

To expand the program's potential, the organization has begun work on creating an online platform that will connect potential food donors - manufacturers, retailers and food service providers - with charities and municipal social assistance agencies.

In addition, within the framework of the project, work is underway to adapt educational materials that will be used in primary and secondary schools in Kiev and Lviv to teach children about respect for food. A series of manuals for children has been developed called “Do Good: Save Food!”. After all, habits are formed at an early age.

FAO is concerned about the attitude towards waste in Ukraine, in particular the lack of practice of sorting waste and the fact that waste is taken to open and often unauthorized landfills.

The experts of the Organization believe that this issue requires urgent attention. They recalled the National Waste Management Strategy until 2030 adopted earlier in Ukraine. It provides for a gradual transition from the disposal of waste in open landfills to an integrated system of waste management, including sorting, processing and disposal at sanitary landfills in accordance with the norms in force in Europe.

However, local municipalities face challenges in implementing this strategy, primarily due to lack of technical capacity and funding.

Recommended:
A large ore tanker was built in China for a South Korean company
In the first quarter of 2021, Ukraine reduced steel production and increased pig iron production
In 2020, Gazprom increased its proven gas reserves by 480 billion cubic meters
On this topic
Mariupol retained leadership among Ukrainian cities in air pollution
UN experts believe that the worst-case scenario for the Ukrainian economy can still be avoided
Swarms of hungry locusts attack East African countries
The Ukrainian government has canceled subsidies of losses in electric networks
The deficit in Britain: the Brits are stocking up before Brexit
Top 10 digital trends in the global steel industry
Add a comment
Сomments (0)
News Analytics
Ukraine and the United States are deepening cooperation in the trade and20-04-2021, 20:46
Nikopol pipe plant "Centravis" is approved as a supplier of the Chinese20-04-2021, 20:10
The capacity of the domestic steel market in Ukraine in January-March decreased19-04-2021, 10:33
In Russia, there is an exuberant demand for agricultural machinery19-04-2021, 10:24
Iran is satisfied with the reaction of the world community to 60% enrichment of18-04-2021, 13:24
World Steel Association predicts a good year for metallurgists15-04-2021, 18:19
World Steel Association defines green steel and its variations12-04-2021, 13:14
China unlikely to cut steel capacity in 2021 due to high steel prices07-04-2021, 12:11
Scrap metal market at the beginning of April02-04-2021, 11:10
Rising Chinese Prices Fueled Rising Global Steel Prices - MEPS25-03-2021, 18:54
Sign in with: