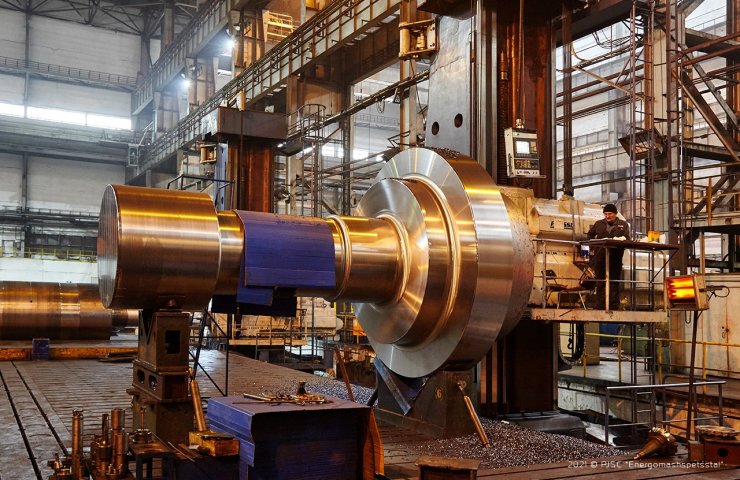 Leading associations and federations of Ukraine, representing thousands of teams from different industries, appealed to the government of Denis Shmygal with a demand to prevent an increase in the tax burden.

The appeal emphasizes that the named state, and not the Ukrainian industry, has undertaken to pay increased "green" tariffs and it is the state that must provide sources to cover the deficit. Shifting this burden on the industry is not only unfair, but will also have disastrous consequences for the entire economy and national security of Ukraine as a whole, said the Association of Ferroalloy Producers (UkrFA).

They recalled that currently the Ministry of Energy and Coal Industry of Ukraine (Ministry of Energy) is considering the idea of ​​changing the sources of subsidizing "green energy" from the tariff of NEC "Ukrenergo" with a tax on CO emissions 2 , the level of which today is 10 hryvnia per ton of carbon dioxide. At the same time, the "carbon tax" is planned to be increased.

"An increase in the tax burden on Ukrainian industry by 40 billion hryvnia amid the economic crisis will be fatal for the domestic industry - in fact, this will lead to a double increase in the unprofitableness of Ukrainian enterprises," the UkrFA noted.

At the same time, in the near future, additional obligations will be imposed on the Ukrainian industry, including investments in decarbonization in the period 2021-2030. about 37 billion euros and investments in environmental modernization according to draft Law 4167 (implementation of the 75th EU directive) - more than 10 billion euros over 4 years.

According to Ukrainian industrialists, such an initiative is guaranteed to lead to the complete de-industrialization of Ukraine. Since the industry is the basic part and the main driver of the Ukrainian economy as a whole, on which other industries depend, in particular, the transport, port industry, most of small and medium-sized businesses, the "chain reaction" will have a catastrophic effect on them. In addition, there will be a collapse of the largest Ukrainian companies that depend on the level of industrial production in the country, such as JSC "Ukrzaliznytsia", GC "Naftogaz of Ukraine", State Enterprise "Administration of the seaports of Ukraine" and others.

Representatives of the Ukrainian industry have proposed several steps that, in their opinion, could allow the country to avoid an economic, environmental and social catastrophe:

Recommended:
The difference in prices for scrap and finished steel in the United States increased over the year from $ 300 to $ 800 per ton
Ukrainian An-124-100 delivered vaccine production equipment from Germany to the USA
Ukraine has increased revenues from the export of ferrous metals by a third due to scrap metal and pig iron
On this topic
Tax on greenhouse gas emissions in Ukraine became hostage to "green" energy
How can integrated subsoil use objects help the development of raw materials exports in Ukraine?
How the reform of the electricity market in Ukraine can lead to a collapse and what to do about it
Stopped nuclear power plants and mines. What's going on in the energy sector of Ukraine?
"Ukrenergo" has filed a lawsuit against Minamaneho for delay approval of the investment
NKREKP plans to increase the rate of "Ukrenergo" for the transmission of electricity by 36%
Add a comment
Сomments (0)
News Analytics
Крупнейшее месторождение титана в Украине досталось Дмитрию Фирташу14-04-2021, 17:16
Владимир Зеленский провел встречу с председателем совета директоров14-04-2021, 17:27
Vostochny Ore Mining and Processing Plant reduced production of uranium14-04-2021, 16:47
The construction of the Euro-track Chop-Uzhgorod will be financed from the14-04-2021, 14:24
UAE partners with Japan's iSpace to send Rashid rover to the moon in 202214-04-2021, 10:34
World Steel Association defines green steel and its variations12-04-2021, 13:14
China unlikely to cut steel capacity in 2021 due to high steel prices07-04-2021, 12:11
Scrap metal market at the beginning of April02-04-2021, 11:10
Rising Chinese Prices Fueled Rising Global Steel Prices - MEPS25-03-2021, 18:54
Weakening demand will negatively affect quotations of steel raw materials17-03-2021, 15:39
Sign in with: