The Verkhovna Rada of Ukraine adopted a law according to which metallurgical enterprises with low CO2 emissions have lower electricity tariffs. 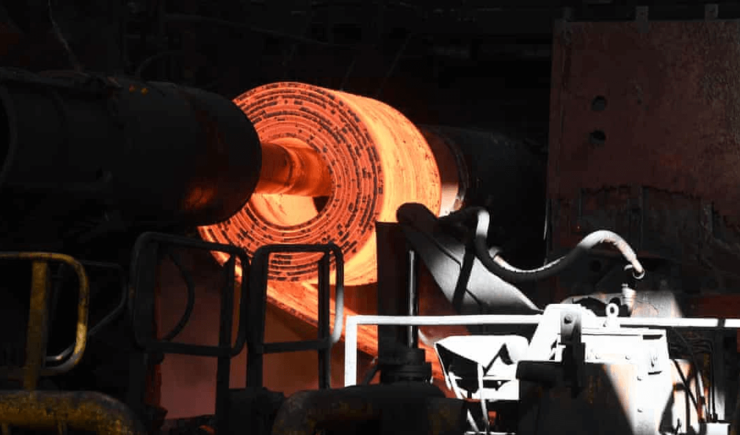 The national energy company Ukrenergo will receive less than UAH 100 million in 2020 due to enterprises that fall under the definition of “green” metallurgy in the Law on the Restructuring of “Green” Tariffs (810-IX). The chairman of the board of Ukrenergo, Vladimir Kudritsky, told reporters about this.

“If we are talking about 2020, then, according to our estimates, the negative effect of this rate will be up to 100 million,” said the head of Ukrenergo.

He also considers this rule to be deeply unfair, because it puts different consumers in unequal conditions, despite the fact that this amount is quite significant.

“What is especially sad - this benefit, which is used by enterprises from this list, will be paid by all other consumers. Since the volume of expenses that is in our tariff, it must be paid anyway anyway, "Kudritsky added.

Thus, the head of the system operator Ukrenergo noted that the privilege for "green" metallurgists will be a burden for other consumers, including not only other manufacturing industrial enterprises, but also schools, kindergartens, hospitals, small and medium-sized businesses.

Let us remind you that within the framework of the law 810-IX adopted in Ukraine, its separate provisions for enterprises of "green" electrometallurgy came into force. In particular, for steelmaking enterprises that emit up to 250 kg of carbon dioxide per 1 ton of steel products, a transmission tariff will be applied, which will not take into account the costs of NEC Ukrenergo for payments under the “green” tariff.

The National Energy Company "Ukrenergo" is a private joint-stock company with 100% of shares owned by the state, belongs to the sphere of management of the Ministry of Finance of Ukraine. Ukrenergo is the operator of the transmission system to Ukraine with the functions of operational and technological management of the United Energy System of Ukraine (UES), transmission of electricity by main power grids from generation to distribution networks, as well as the administrator of commercial accounting and administrator of settlements in the electricity market of Ukraine.

Recommended:
The head of KZHRK ordered preparations for the conservation of all four mines of the enterprise - Volynets
NIBULON shipbuilders are working on the sixth non-self-propelled vessel, the NBL-91 project
Smart Maritime Group launched 4 tanker for the Dutch VEKA Group
On this topic
Yuzhmash told whether it is possible to launch reusable rockets from the Black Sea
Modern technologies in gas production: DTEK oil & gas will hold a large-scale green seismic
How the reform of the electricity market in Ukraine can lead to a collapse and what to do about it
Stopped nuclear power plants and mines. What's going on in the energy sector of Ukraine?
Ukraine will allow the issuance of "green" bonds
Gas as a weapon of Russia's hybrid war: how to deal with it?
Add a comment
Сomments (0)
News Analytics
A decrease in business activity is observed in the regional markets for25-09-2020, 15:24
Prices for metal products and scrap metal began to fall in China25-09-2020, 12:14
COVID-19 pandemic plunges global labor income by $ 3.5 trillion24-09-2020, 20:51
The price of electricity for Ukrainian metallurgists turned out to be twice as24-09-2020, 20:47
The 30 millionth LADA car rolled off the assembly line of AVTOVAZ (Video)24-09-2020, 18:12
Iron ore prices to surpass six-year high soon16-09-2020, 10:32
World Oil Demand Peak May Be Over - BP15-09-2020, 09:05
China expands car market capacity by increasing demand for steel and metals11-09-2020, 10:56
Prices continue to rise in the long and flat steel markets08-09-2020, 14:25
Difference between ferrous and non-ferrous metal28-08-2020, 13:45
Sign in with: