Refusal from coal in Europe is a settled matter, and thermal power plants are gradually being removed from the grid. But with biomass, they can get a new perspective, as green energy has one very big problem. 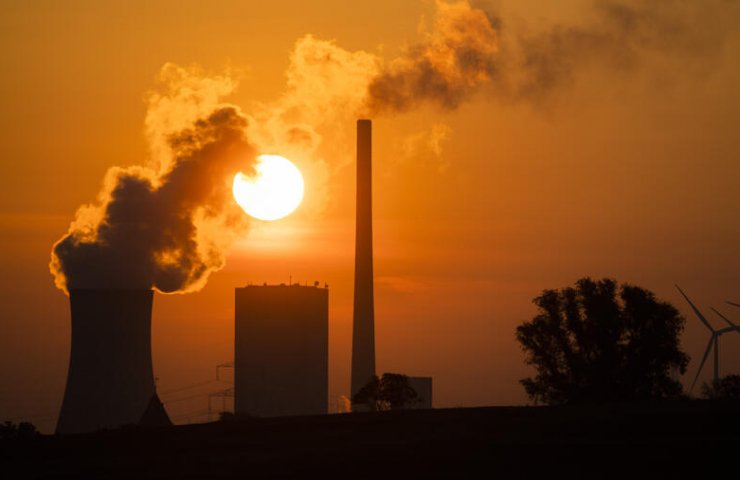 Operators of coal-fired power plants plan to switch to burning biomass instead of coal in the not too distant future. They see this as an important contribution to climate protection and stabilization of the entire power generation system. About this writes the German edition of Handelsblatt with reference to the expert opinion of the consulting firm Enervis.

Biomass retrofitting of coal-fired power plants can "not only make a significant contribution to the rapid reduction of CO 2 emissions, but also serve to maintain the reliable operation of a system that already has complete infrastructure," says the report. which was ordered by the German power plant operators EnBW, Enviva and Onyx Germany.

Modernization is technically feasible and practiced internationally, Enervis experts continue. The only alternative is the construction of new power plants. The argument touches on the main problem of ditching coal, which is uninterrupted supply of energy regardless of weather conditions or time of day.

The move away from coal creates a shortage of reliable power plant capacity, which must always be available when the wind is not blowing and the sun is not shining. In the absence of such energy, batteries can help, collecting and distributing electricity depending on the needs of consumers. However, at the moment such technologies are very expensive and ineffective.

A Tesla subsidiary erected a large battery pack in Texas after the state experienced power supply problems following a blizzard in February.

Ukraine is also building a "huge battery" with the participation of American and Canadian companies. According to Natalia Yemchenko, Communications Director at System Capital Management, DTEK will build the first energy storage unit in Ukraine in the Zaporozhye region, and will put it into operation in May.

Recommended:
For the first quarter of 2021, the seaports of Ukraine handled 32.6 million tons of cargo
Cars built for Euro 2012 will be repaired at the Kryukov Carriage Works
Lutsk automakers called the position of the mayor of Lviv a state approach
On this topic
DTEK and Siemens will build a hydrogen electrolyzer in Mariupol for 25 million euros
Minamaneho of Ukraine: Europe is moving away from coal consumption
More than 400 000 jobs will be lost in Germany after the transition to electric vehicles
The operator of the gas transport system of Ukraine has concluded agreements with all connecting
Heating season in Ukraine: where there can be problems with heat and why
Is the German auto industry preparing for a collapse?
Add a comment
Сomments (0)
News Analytics
Iran is satisfied with the reaction of the world community to 60% enrichment of18-04-2021, 13:24
Gas prices in Ukraine have reached a record value over the past two years -16-04-2021, 17:24
Ukrmetallurgprom asks the Antimonopoly Committee to allow Metinvest to bid for16-04-2021, 17:23
A fatal accident occurred on the territory of the Dnieper Metallurgical Plant16-04-2021, 13:01
Cars built for Euro 2012 will be repaired at the Kryukov Carriage Works16-04-2021, 12:46
World Steel Association predicts a good year for metallurgists15-04-2021, 18:19
World Steel Association defines green steel and its variations12-04-2021, 13:14
China unlikely to cut steel capacity in 2021 due to high steel prices07-04-2021, 12:11
Scrap metal market at the beginning of April02-04-2021, 11:10
Rising Chinese Prices Fueled Rising Global Steel Prices - MEPS25-03-2021, 18:54
Sign in with: